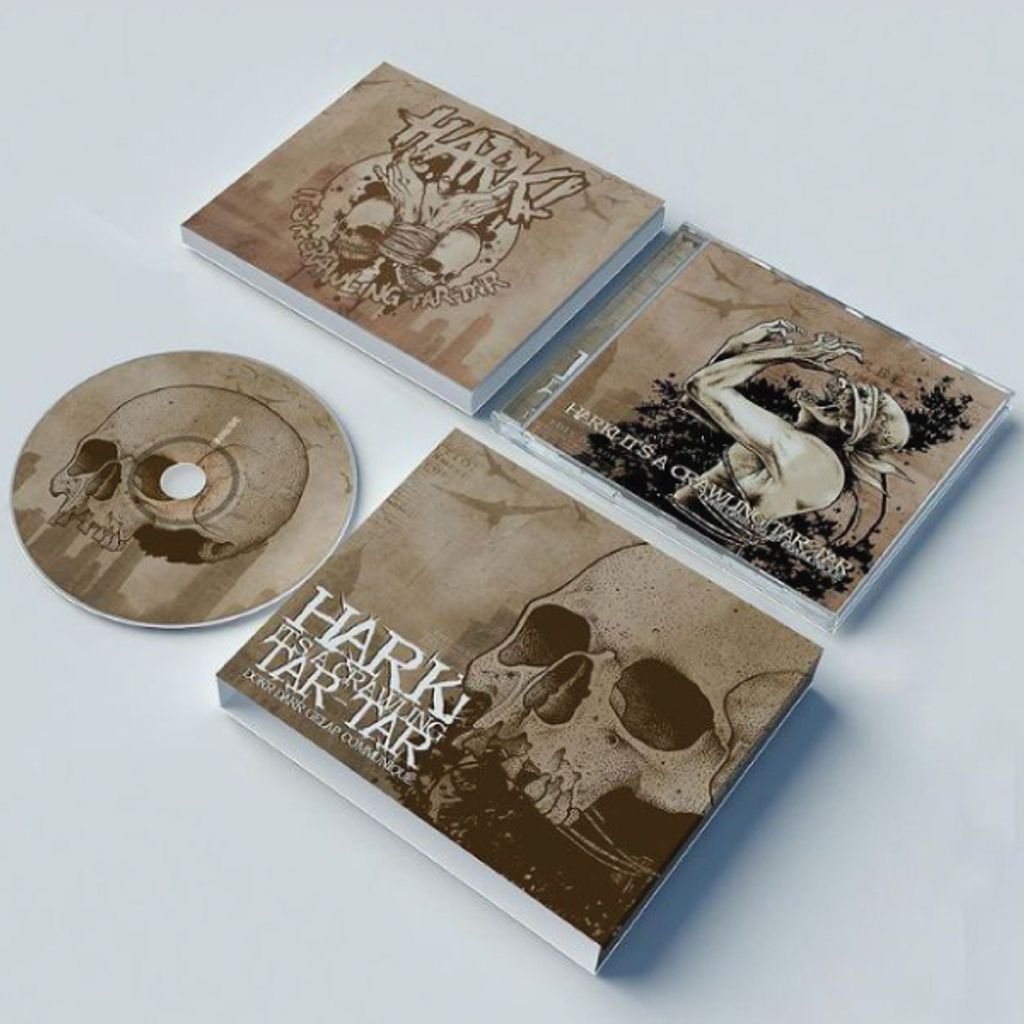 Its quite sometimes for this to happen, and due to sufficent budget, we are able to release this great Bandung based Hardcore band that is active around 2006-2007 (short period). Hark! Its A Crawling Tar-only released one material under Thrash Steady Syndicate in CD format. They played the major-force of Dark Crust influence (the Scandinavian/Japanese hardcore style) , and throwing some Anthemic Youth Crew Sing-Along infused.

This CD had been properly re-mastered by Hamzah Kusbiyanto. Include 70 pages booklet that includes Liner Notes, Photos, Flyers, and other writings during their short existence.