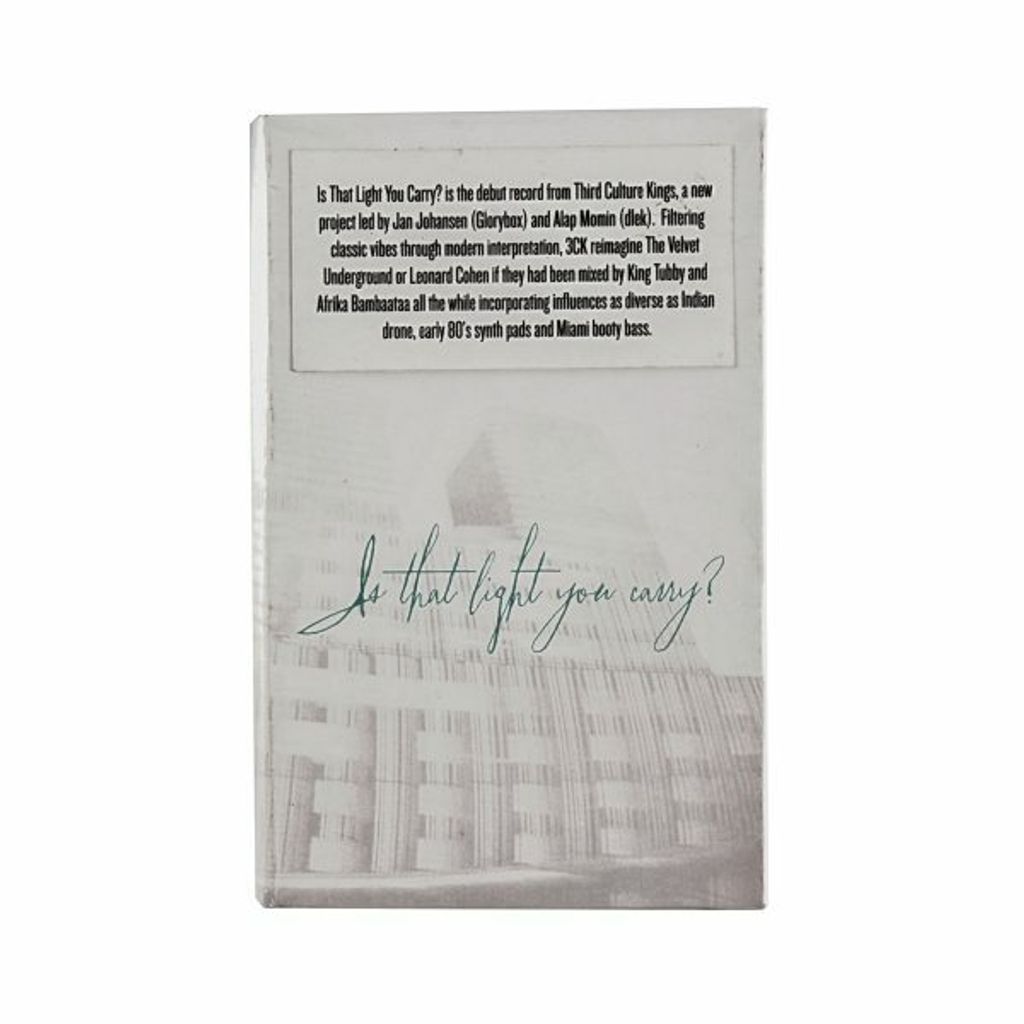 • Third Culture Kings "Is That You Carry" Cassette

Is That Light You Carry?’ is the debut record from Third Culture Kings, a new project led by Jan Johansen (Glorybox) and Alap Momin (dälek). Filtering classic vibes through modern interpretation, 3CK reimagine The Velvet Underground or Leonard Cohen as if they had been mixed by King Tubby and Afrika Bambaataa, all the while incorporating influences as diverse as Indian drone, early 80’s synth pads and Miami booty bass.

Still, it’s worth noting that there’s nothing about these recordings that’s rooted in the past: nearly every sound on the record - sans lead vocals and guitar – was created or recorded directly to an iPhone. Momin created the beats, bass and majority of synth lines on his device, while Johansen then recorded backing vocals, second guitar, vibraphone, piano, horns, rhodes, and melodica as voice memos on his that were eventually dropped on top of the finished tracks.

Cuts like ‘Seven Slayers’ send you on an arcane descent into alien subterranea, while ‘Sunshine For Sadie’ floats you across a dreamy, space-like universe. Elsewhere in tracks like ‘Flamingo’ and ‘Higher’, rock and roll guitars are juxtaposed with rattlesnake drums, creating ambient desert soundscapes perfect for an imagined intergalactic western. Throughout the record, hypnotic layers of sound and ambient psychedelics grip you to an electric-folk universe in which slow bubbling beats are matched with woozy flourishes and gently propellant melodies.