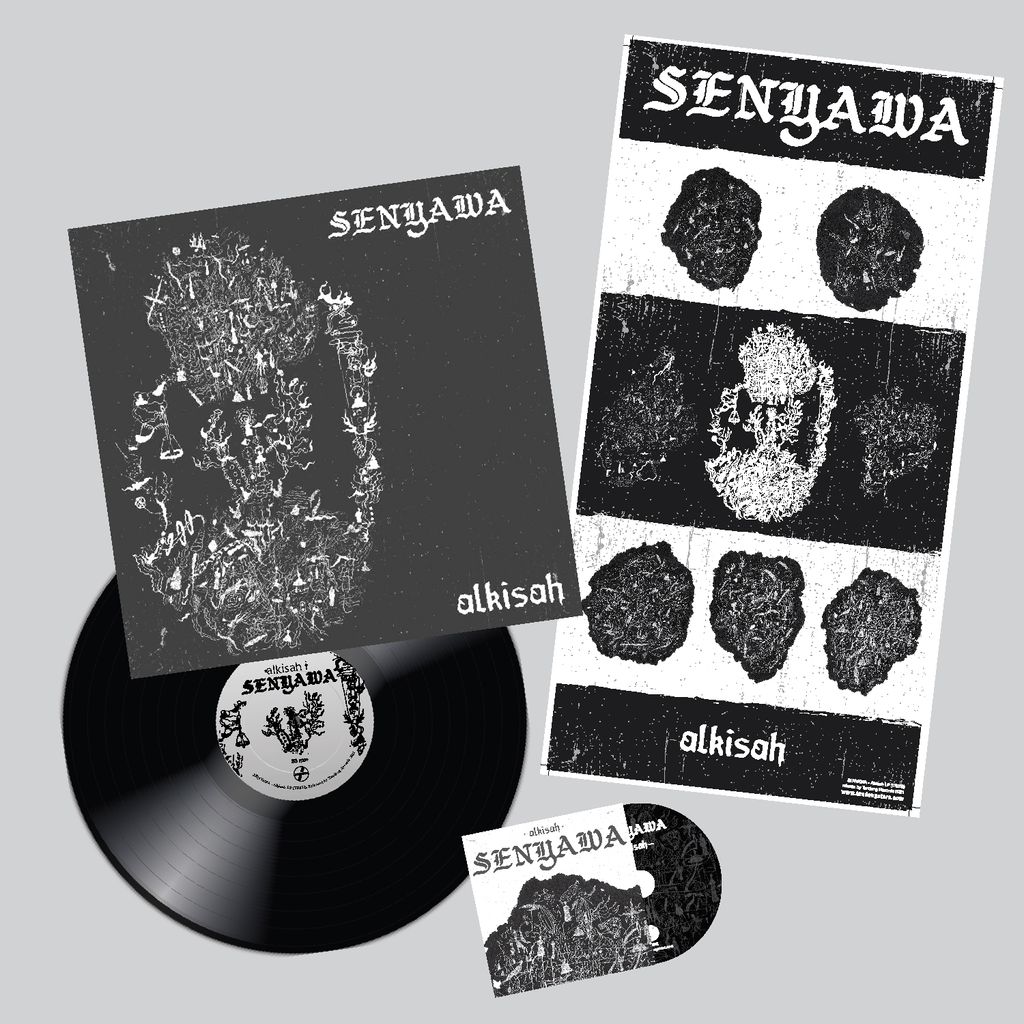 ( All CD have an extra tracks which is a remix / rework by BOHR and REMPIT GODDESS.)
6 panel DIGIPACK Packaging CD.

Review :
Alkisah is the new album by Indonesian duo Senyawa. Alkisah is co-released by a multitude of independent record labels from all over the globe each with different packaging and design, with multiple version of remixes by various artists. Senyawa is an experimental music duo made up of Rully Shabara (extended vocal technique) and Wukir Suryadi (homemade instrument). The music that they create is a combination of extended vocal technique and a homemade instrument. The instrument was handcrafted by master instrument builder Wukir out of one long piece of bamboo, it is a string instrument with guitar pick-ups -- it is amplified and processed through several effects pedals but at times is played as an acoustic instrument, percussion, and string instrument. They are located in the ancient city of Jogjakarta, Central Java, Indonesia and their music is a reflection of their traditional Javanese heritage filtered through a framework of contemporary experimental music practices. Senyawa try to push the boundaries of both traditions in an attempt to mix music of the east and the west to create a new sound. As a duo they have been performing and playing together extensively for the last three years and have toured Indonesia several times over. They were invited to perform internationally for the first time at the Melbourne International Jazz Festival sharing the stage with many great musicians such as Faust, Yoshida Tatsuya, Tony Conrad, and Charlemagne Palestine. "Senyawa's music rises from the belly of the beast and crawls out of its gaping maw. Each wail, drone, and plucked guitar string from the experimental Indonesian duo evokes the feeling of deep-set hunger; every sound contributes to the tension." --Whitney Wei, Pitchfork (2018)