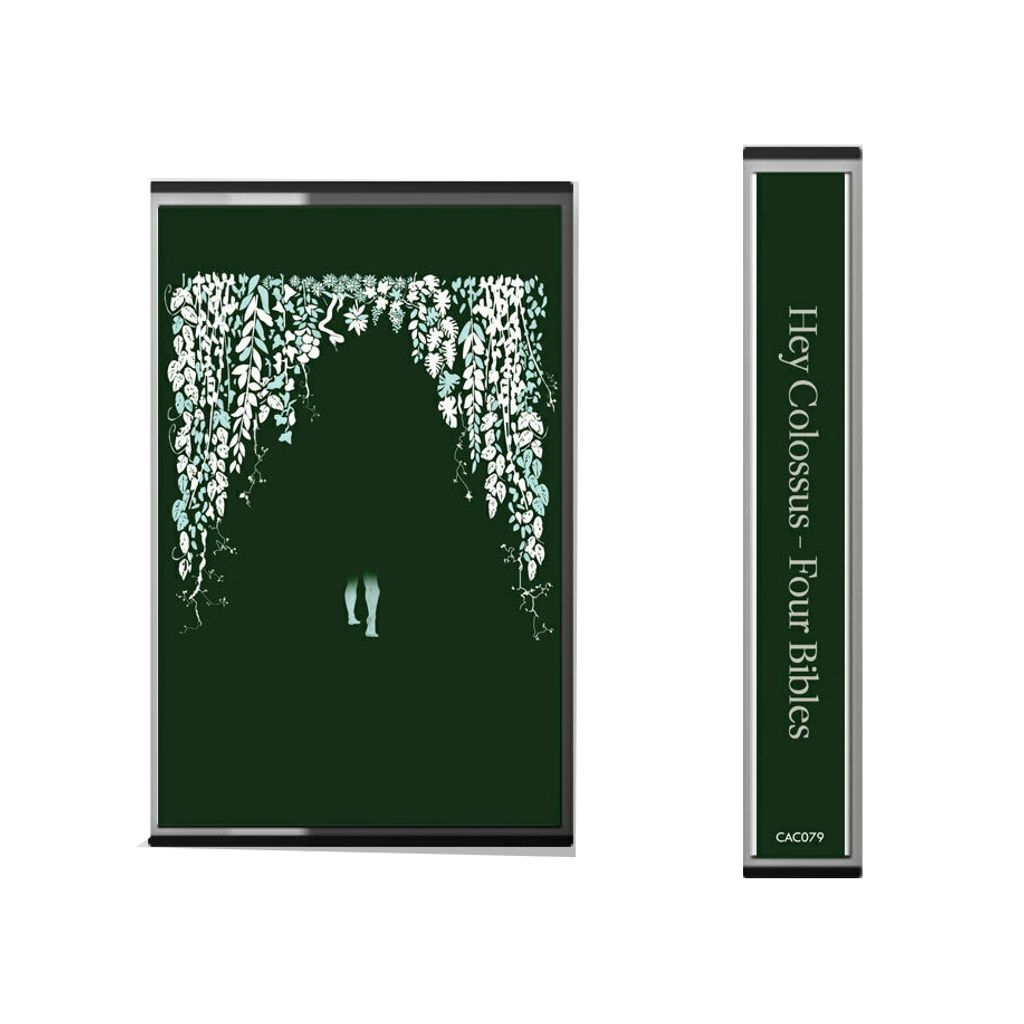 Coming out of London and the South West of England, Hey Colossus are one of Europe's great live bands. Since 2003 the 6-piece has been driving around the continent with their “pirate ship” backline of broken amps and triple-guitar drang, elevating audiences in every type of venue imaginable; a doctor’s waiting room in Salford, an industrial unit in Liege and a vast field next to a river in Portugal. Wherever they may roam.

Four Bibles is their twelfth studio album and the first to be released by London label ALTER, whose sole proprietor (the electronic producer Helm) encountered the group at their first gig in 2003. Recorded by Ben Turner at Space Wolf Studios in Somerset, it's their most direct album yet and follows a well-documented trajectory of evolution that began (in the truest sense) with 2011’s RRR for Riot Season and continued across three albums for Rocket Recordings. Lead vocalist Paul Sykes sounds more in focus than before, dialling down the effects and using reverb / delay to carry his lyrics rather than smother. The band has also fine-tuned to leave some room for extra depth. Piano, electronics and violin (by Daniel O'Sullivan of This is not This Heat / Grumbling Fur) all find a way in amongst a familiar mesh of interlacing guitars, wrapped round a taut rhythm section. Like every other Hey Colossus record before, the line-up has altered and the sounds reflect this.

From the weight of “Memory Gore”, to the subtlety and swag of “It's a Low”, via the sonic extremes of “Palm Hex/Arndale Chins” this is exactly as the band are live; raging & rail-roading but somehow in control. Grooves for those who want to dance or for those who want to hug a wall and nod...bleak dystopian imagery submerged in relentless rhythms and low-end rattle. The songs breath life and soul - Hey Colossus have never sounded fresher or more on point.

There is a book release to coincide with the album written by bass player (and founding member) Joe Thompson. It's part of a new series called “Sleevenotes” by Pomona Publishing and the first four are out this year. Joe’s book sits alongside other contributions by Bob Stanley (St Etienne), Mark Lanegan (Screaming Trees/Solo), David Gedge (The Wedding Present) and contains a diary of the years leading up to the release of this record. Touring with bands Sumac and Grey Hairs through Europe, recording the album, line-up changes, the band's history and the big question is answered: Why?