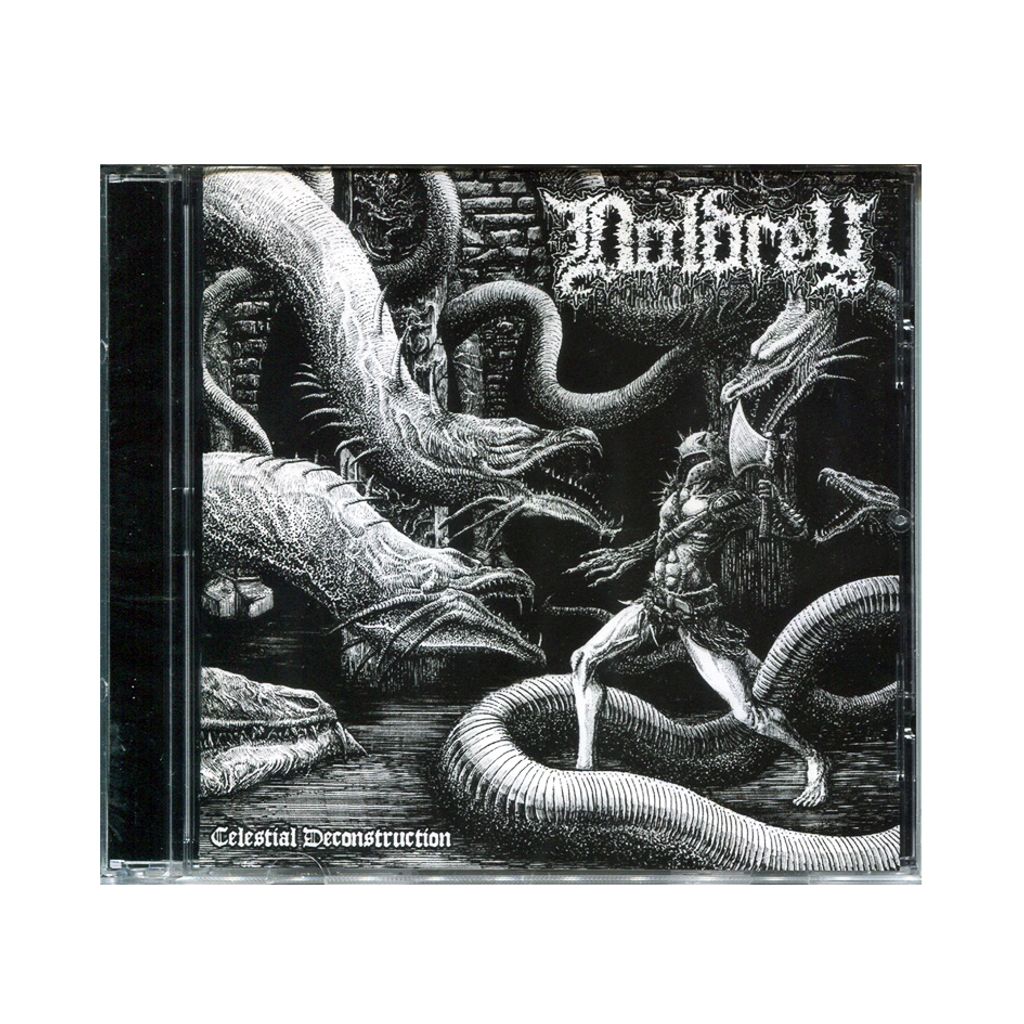 “Doldrey make a murky, gnarled, cranked-up form of music that splits the difference between old-school death metal, classic black metal and feral D-beat. They’re one of those bands where lo-fi recording is a true asset, since it makes them sound even more like cave-dwelling berserkers.” -Tom Breihan

After a couple season sets worth of gestation, Doldrey has returned with “Celestial Deconstruction”, a proper full length that is decidedly more metal that their previous efforts. Make no mistake, this is still punk as hell but this time with more of a violent stenchcore feel (sans the ridiculous "epic" intros) mixed with Slayer breakdowns and evidence of early Celtic Frost played through the HM-2. Altogether a sound that is pure thrashing nastiness.