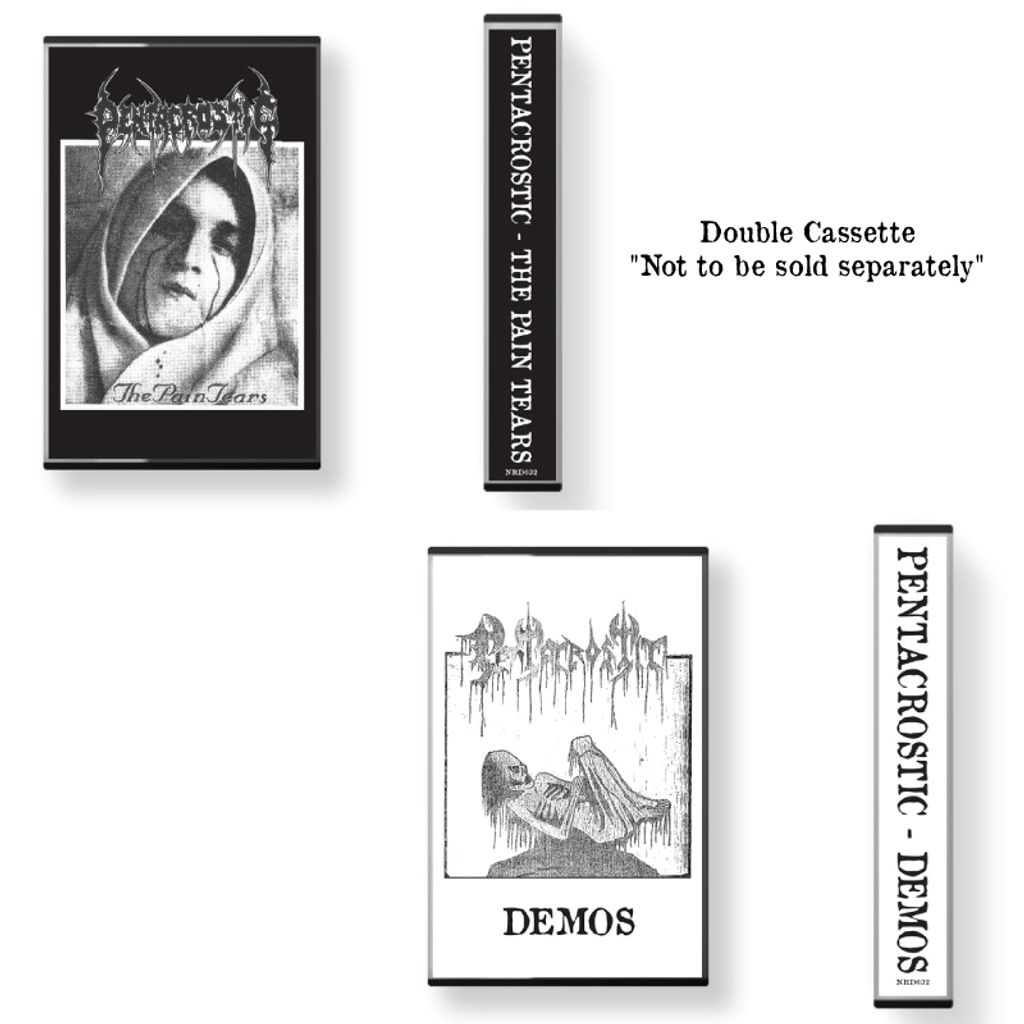 Double Cassette
"Not to be sold separately"

A bit of a departure from the usual nature of our releases, we are revisiting an unheralded gem from the early 90s in the uber-cult PENTACROSTIC from Brazil. “The Pain Tears”, their debut album from 1992 will be released on tape for the first time. Dark, brooding, doomy Death Metal with total evil and archaic atmosphere that evokes a rather unique vibe – that magical “transitional” late 80s/very early 90s period where the distinction was still very fuzzy between Old Death Metal and the embryonic phase in the 2nd wave of Black Metal.

Tape 1 is "The Pain Tears", their debut album from 1992 officially on tape for the first time. Layout is based closely on the 1st CD pressing from Molten Metal, and it comes with an extra track - Vulcano cover song "Fallen Angel". Coming in as a bonus are liner notes from Gabriel Gatica Kretschmer "The Exhumator" from the mighty Compilation Of Death zine on his thoughts of this cult pioneering Brazilian Doom/Death band.

Tape 2 contains both their "Welcome To The Suffering demo (1991)" and "Agony Of Gods demo"-which featured as bonus tracks on The Pain Tears 1st CD pressing. The cover artwork for tape 2 is adapted from one of the band's oldest flyers. Also included are liner notes from Marcelo R. Batista from the legendary United Forces zine, a fitting tribute to the early days of the band.