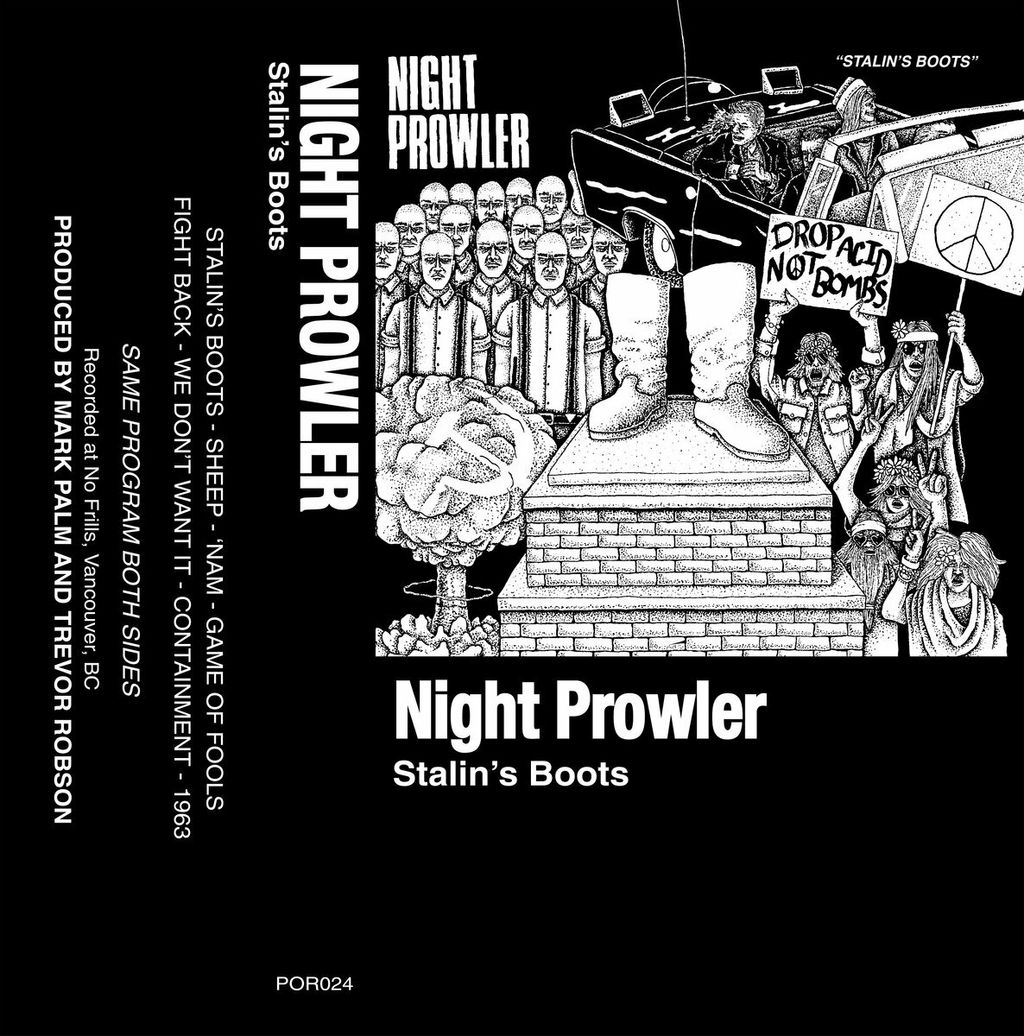 The Night Prowler is back. From the crime obsessed mind of an individual stubbornly fighting to break free of society's poison comes eight new songs in the spirit of America's greatest export: no bullshit HARDCORE music. Mining the same influences as countless others, with a particular focus on the early Boston pioneers, Night Prowler continues to live by the wisdom of "If it ain't broke, don't fix it." Far from embracing this approach as an excuse for stagnant thinking and a lack of creativity, it is actually a realization of the fact that art is often at it's most effective when it's in it's most straightforward, simplistic state. In other words, file this under traditional USHC.

This time around the subject matter tackled includes the madness and social unrest surrounding the Vietnam War, The United States' policy of containment in response to the scourge of Communism, self righteous politically pontificating know-it-all fools - running the gamut from head in the clouds, over educated armchair anarchists to witless jingoist kooks - urban redevelopment for the elite, mindless skinhead clones, toxic culture in general, and the fucking cops. Not to mention a look at the shocking events of November 22, 1963. As it turns out, Texas is not the reason that the President is dead, merely the location. The reason remains obscured behind mountains of redacted documents, conveniently missing evidence, classified information, and conspiracy, collusion and cover ups. And finally in the title track, a curious shift in focus from 1960's American history to the short-lived Hungarian Revolution of 1956 and the felling of the Joseph Stalin statue in Budapest.

This is the third instalment in the Night Prowler saga, and as usual, professionally manufactured, high quality cassette is the medium. For the diehard, by the diehard.