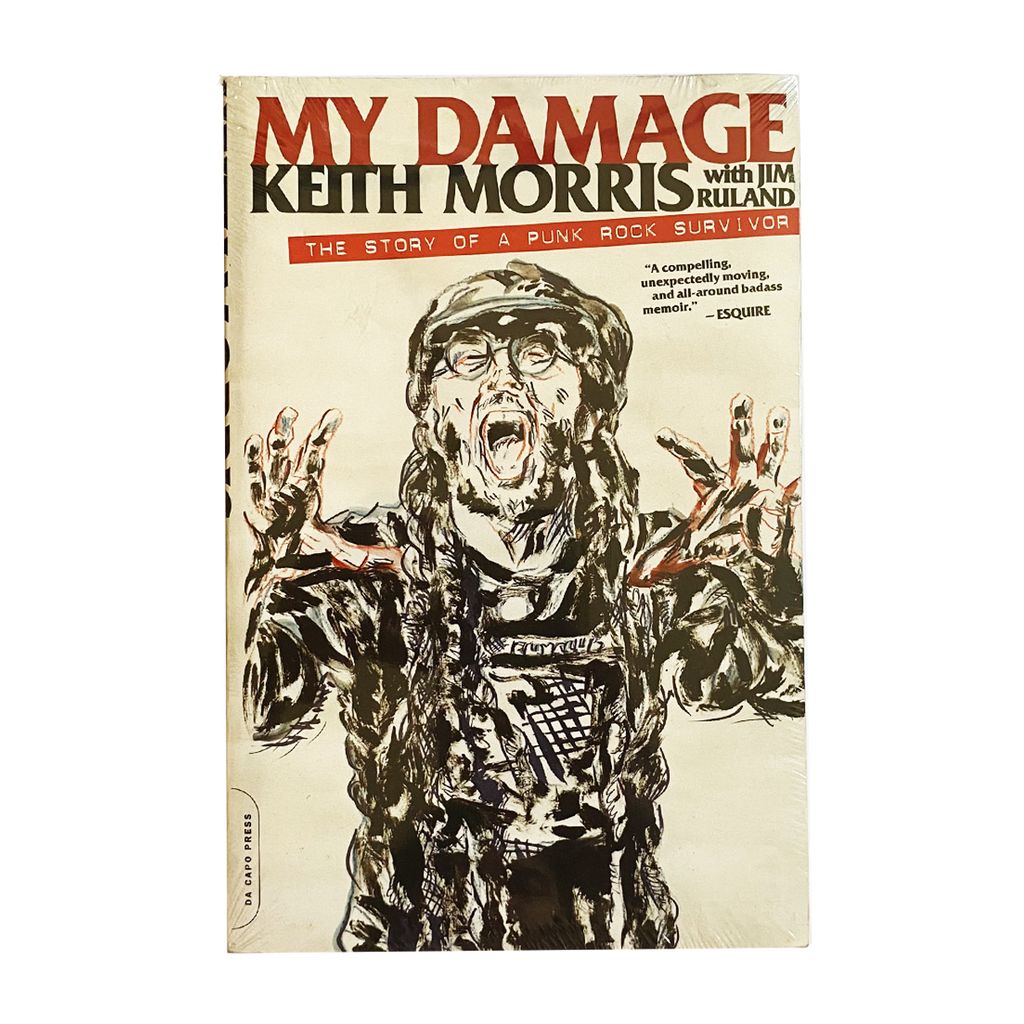 • My Damage : The Story of a Punk Rock Survivor by Keith Morris and Jim Rulabd

Keith Morris is a true punk icon. No one else embodies the sound of Southern Californian hardcore the way he does. With his waist-length dreadlocks and snarling vocals, Morris is known the world over for his take-no-prisoners approach on the stage and his integrity off of it. Over the course of his forty-year career with Black Flag, the Circle Jerks, and OFF!, he's battled diabetes, drug and alcohol addiction, and the record industry...and he's still going strong.My Damage is more than a book about the highs and lows of a punk rock legend. It's a story from the perspective of someone who has shared the stage with just about every major figure in the music industry and has appeared in cult films like The Decline of Western Civilization and Repo Man. A true Hollywood tale from an L.A. native, My Damage reveals the story of Morris's streets, his scene, and his music--as only he can tell it.