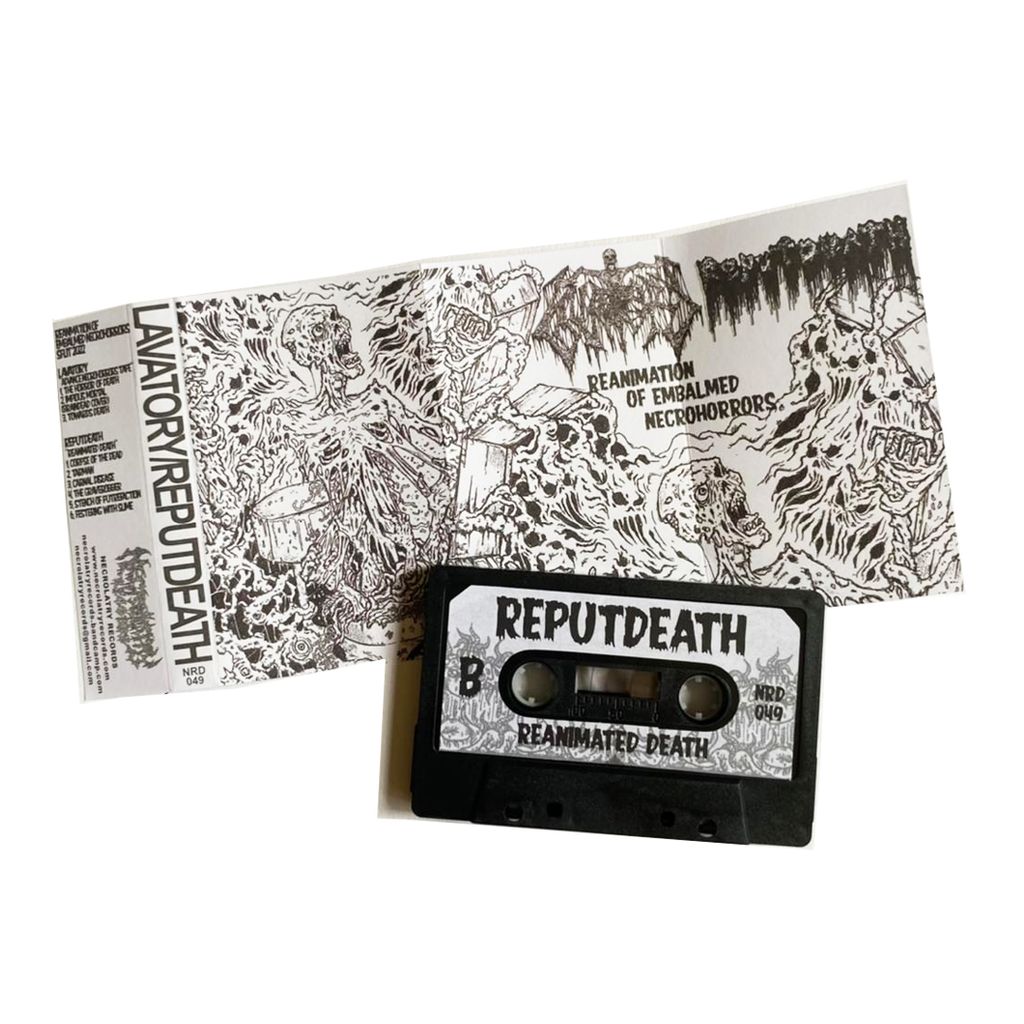 
Necrolatry Records proudly brings to the fore the small, nascent REAL Death Metal scene in Malaysia in two of its very best- LAVATORY and REPUTDEATH.

LAVATORY has been around since 2010, first with the EP/demo “Trangression” which landed them a full-length deal with Pulverised Records, culminating in the "Morbid Terror" album in 2014. Deathlike-dormancy then crept in, but they are now back with “The Horror Of Death” mini-album (out soon on Legion Music). The title track “ The Horror Of Death” on this split tape serves as an advanced track of what is to come on the mini-album. Another two more rare tracks (one a BRAINDEAD cover, one from an under-promoted compilation) completes this “ Advanced Necrohorrors tape” side.

REPUTDEATH has been rotting across the Death Metal sewers since its 2012 demo "Into The Cryptos". Brainchild of none other than Mika Rotten (also of Discarnage zine and Ugly Inks), REPUTDEATH infests Death Metal with its plethora of demos released by various labels worldwide. The “Reanimated Death” side contains “Demo II (2016)” and “Putrefaction promo 2019” – both of which only released in ultra-limited, impossible-to-track copies from Dismal Fate Records and Burning Coffin Records respectively.

Await the release of this split tape (limited to 150 copies) - 30-plus minutes of unadulterated, unrepentant and uncompromising Malaysian Death Metal.