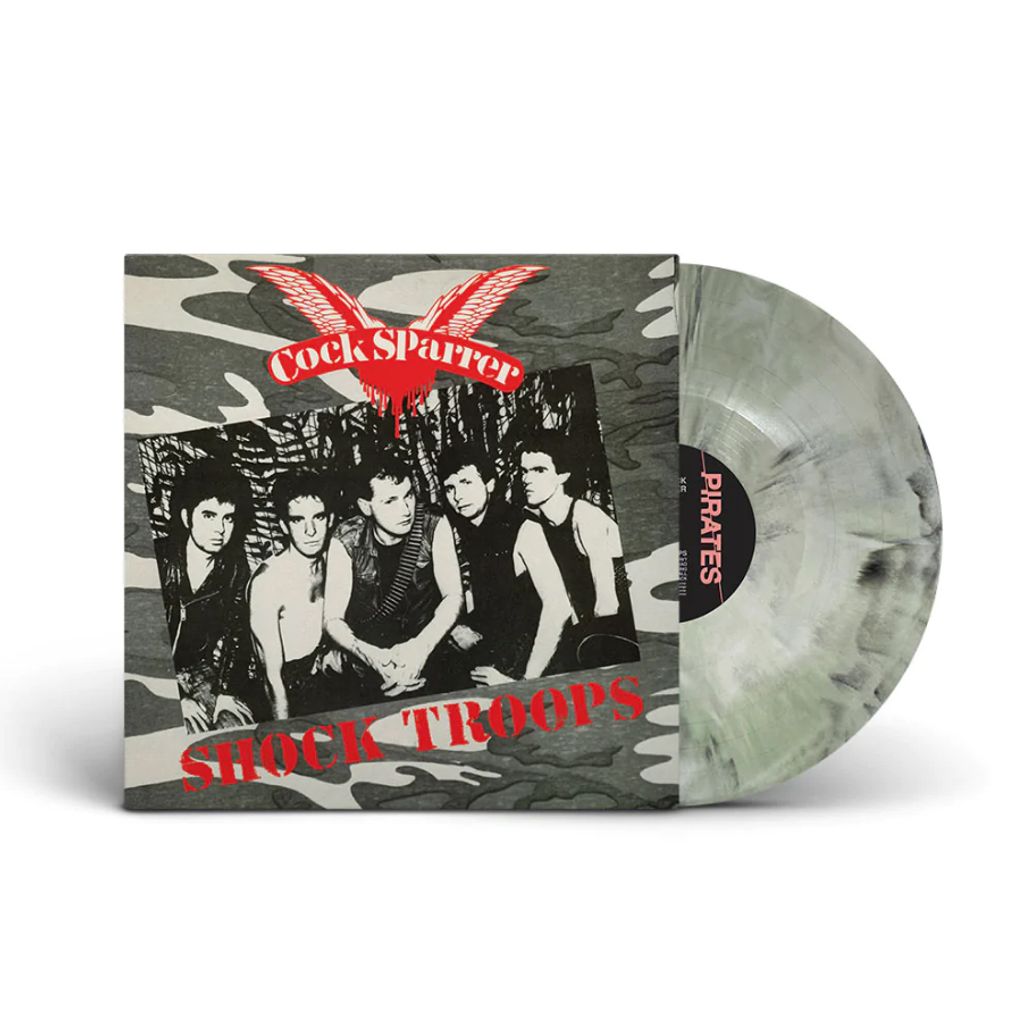 Cock Sparrer are widely celebrated as the unsung heroes of punk rock. They formed in 1972, a few years before the explosion of punk music, making them one of the oldest bands of their kind still playing today. Currently they can sell out venues and headline festivals worldwide, but their beginnings reveal a band struggling to fit in with the upper echelons of the punk world.

Cock Sparrer’s combination of no-nonsense pub rock and glam-tinged beat music was now leading the way for other Oi bands like Sham 69 and Cockney Rejects. It seemed the climate was just right for the East London five-piece to make their comeback, and Shock Troops marked their return in 1982. With surprisingly slick production for such a small release, coupled with a keen ear for memorable hooks, Shock Troops still stands out today as a well-rounded slice of punk rock genius. The cockney tone of singer Colin McFaul leads the band through thirteen tracks of personal ups, downs and tales of East-End life.