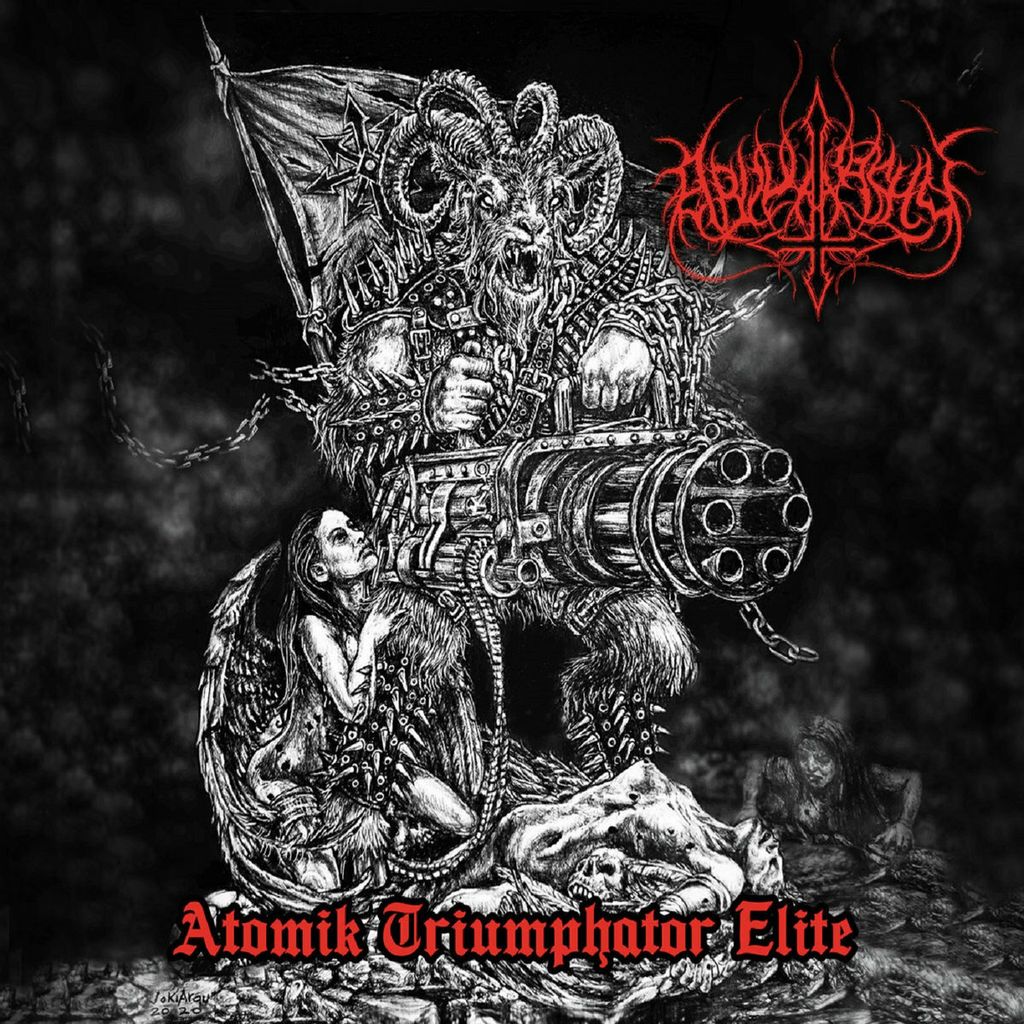 
Singapore Black/Death! During the late years of the 80’s, some different expressions of Black Metal started to rise from the depths of the underground. One of them is War Black Metal (although the term War Metal was used at first by Brazilian band HOLOCAUSTO), a subgenre that is filled with extreme elements. Bands as BLASPHEMY, ARCH GOAT and others gave a hand to define some of the musical elements of the genre, although some bands prefer to do things in their own way. Bands as the Singaporean one man act ABVULABASHY that is releasing its new artifact for mass destruction called “Atomik Triumphator Elite”.

It’s fast and aggressive, brutal and oppressive, using a crude insight. It’s truly a War Black Metal form of music, but not using excessive Death Metal influences (a usual feature of the genre). But there are rhythmic contrasts and different tempos used (it’s nothing like a constant rhythm that could make things boring and repetitive), and very good set of guitar riffs. But the band has more than 20 years of experience on its shoulders, so it’s nothing new that such songs are sounding great to the ears. Unlike many bands of such a genre (that prefer something dirty and nasty on the sonority to express their musical ideas), on “Atomik Triumphator Elite” the choice was for something dry to make things sound in a defined way, but keeping the oppressive brutality of their musical identity. It’s a good work, indeed.
- REVIEW from metal-temple.com