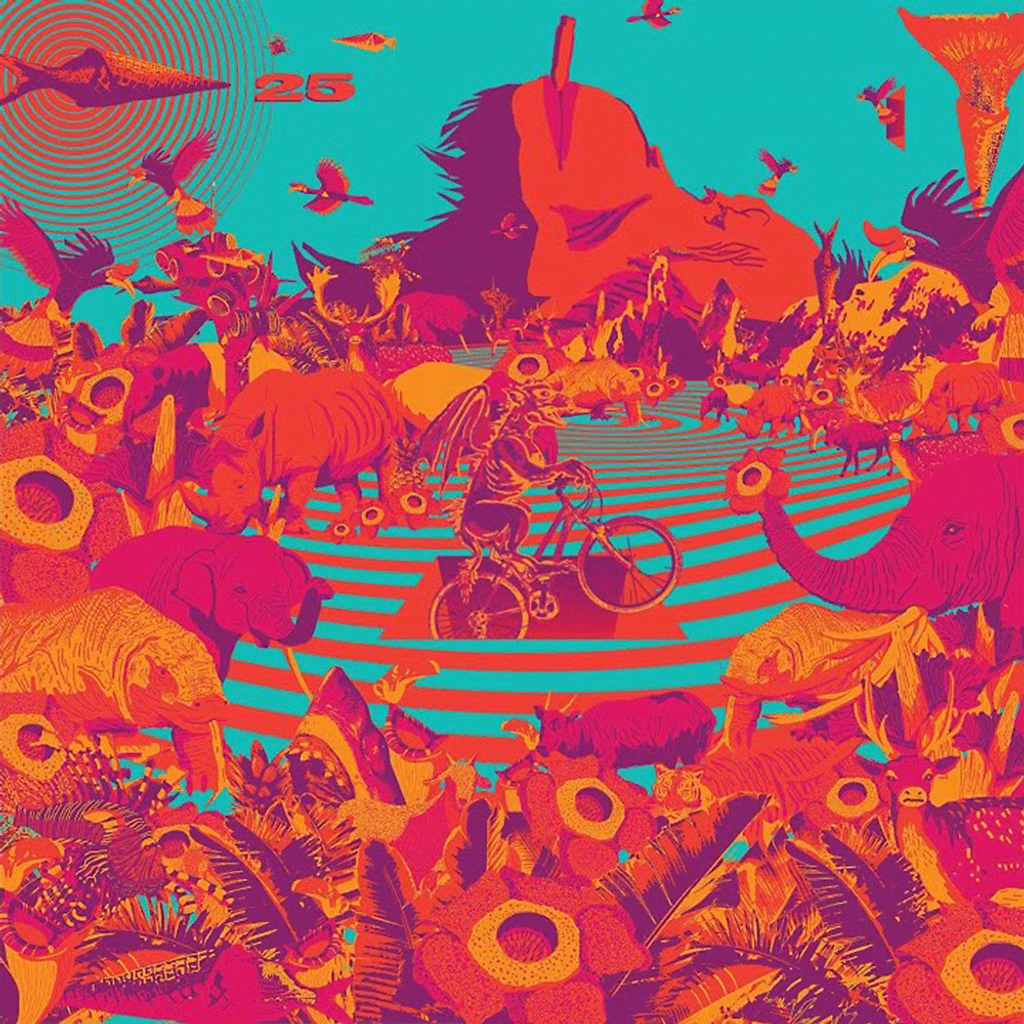 Although many Indonesian indie bands have played the neo-psychedelia style since the late 1990s and early 2000s, the movement itself was only felt in 2010; at that time there was a wave of new bands playing the psychedelic revival style.

La Munai Records, a new record label from Jakarta, tries to capture the moment from the wave of local neo-psychedelia through its inaugural release in the form of a compilation album titled Fairytale Of Megabiodiversity. This compilation also contains a variety of musical disciplines, ranging from: jazz, electronic, to indie / alternative, all of which still have a clear common thread, namely 'Psychedelic'. Ranging from seniors to juniors, caught at the Fairytale Of Megabiodiversity.

Almost all exponents representing local neo-psychedelia waves are here, starting from: Maverick (in the psychedelic era), Fredom of Choice, Aksan Sjuman and The Committee of the Fest, Its Different Class, Napolleon, Strange Fruit, Astrolab (in the era of psychology) new them), Circarama, Ramayana Soul, and others. All fillers in this album are well curated. All good music. The artwork is also great.

Recommended album for those who want to find out about the neo-psychedelia scene in Indonesia.