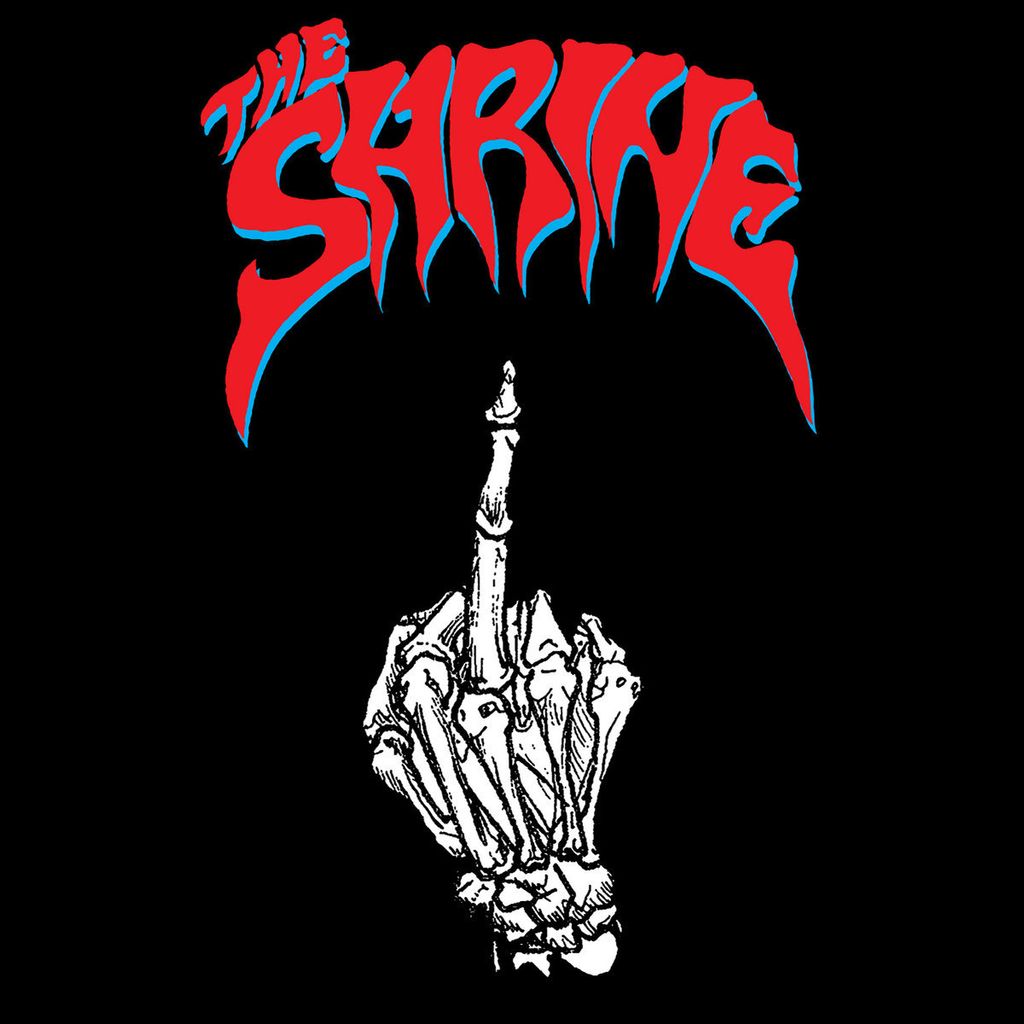 • The Shrine "Waiting For The War" MLP

The year was 1981. Somewhere in the monotonous hum of late-night French television, a riff explodes through the cathode rays. Part Motörhead, part Stooges, part Sonic’s Rendezvous Band and ALL attitude, Soggy’s “Waiting for the War” proceeds to tear channel FR3’s Champagne-Ardenne studio — and the viewing audience in the city of Reims — a new one. Right there on the screen, a shirtless man with a Rob Tyner afro and massive sideburns unleashes a barely decipherable anti-war tirade and the best Iggy dance since the Stooges went tits up.

His name is Beb Soggy, and the world would not hear his name again for over three decades, when Venice, Calif. skate punk rippers The Shrine recorded a cover of “Waiting for the War” and eventually performed it live with Beb in Paris just days after the November 2015 terror attacks that tore the city asunder.

Fast forward to August 2016: Beb Soggy is in Venice to record a new song that the members of The Shrine — have written specifically for him as to pays homage to 1980s French rock unit, Soggy (known for nailing the Motor City sound) with a slick rendition of “Waiting For The War” backed up by a sick original, “Rare Breed". A surefire treasure for fans of The Stooges, Mc5, Black Flag and Annihilation Time, The Shrine fuses the hooks and debauchery of ’70s rock and glam with the fuck-all energy and defiance of ’80s hardcore and skate punk. This 12″ maxi-single serves as the follow-up to the band’s stellar Tee Pee Records-released Bless Off full-length, which earned a spot on Spin Magazine’s Top 50 releases of 2014 list.