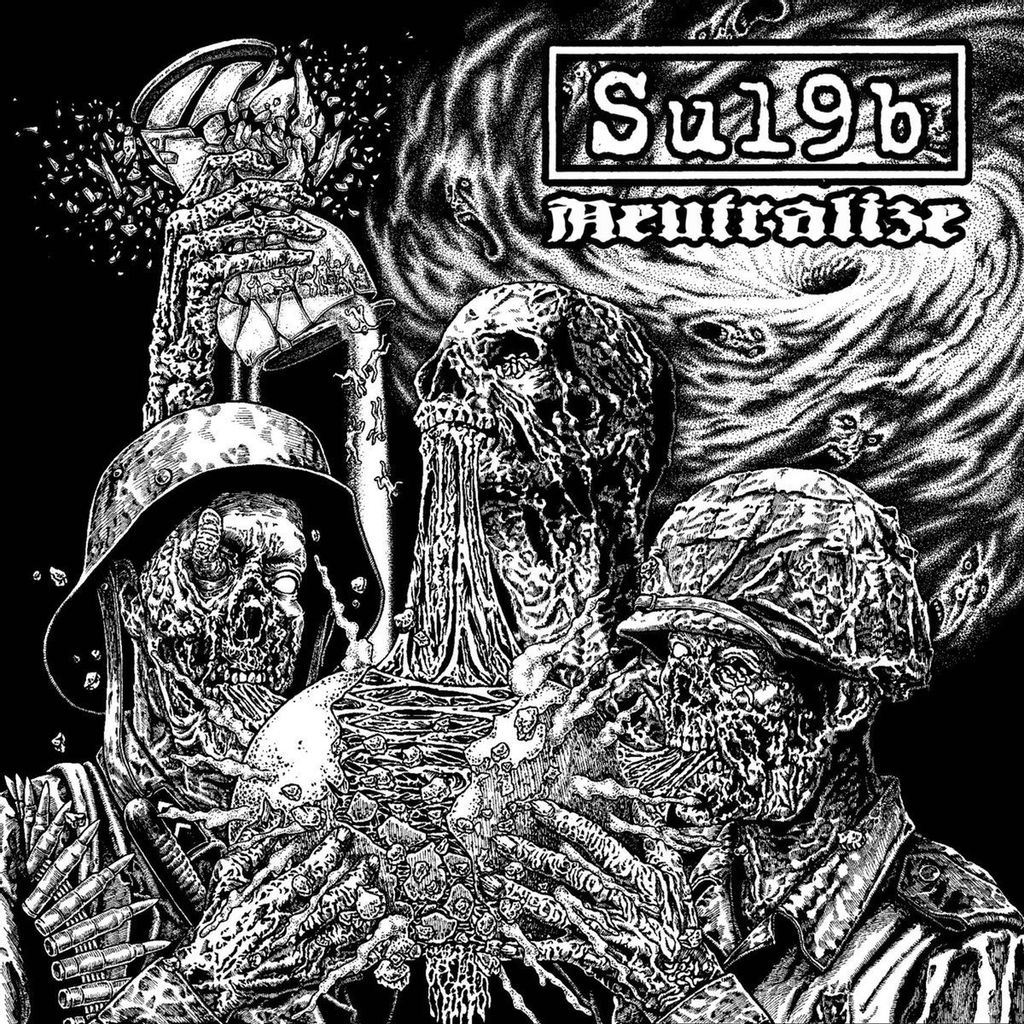 Su19b are a band that has fascinated me since my youth. With several years between brief flurries of releases, I could never figure out if they were an active band or not. Ryohei even told me at one point they don't actually practice, they just wing it at shows! But what shows do they play? I so rarely saw them on flyers.

Musically, I know this is a dramatic simplification, but like, when every other power violence band ever was playing 'fast/slow/fast', Su19b was playing 'slow/fast/slow'. They made a style of hardcore that felt categorically different than their peers, accentuating different parts of the power violence style that other bands weren't touching on.

And over the last 21 years, across an assortment of splits and their amazing first LP from 2015, they have continued to evolve and refine their style into something wholly unique and original. While still playing "power violence", they now sound much more akin to a Corrupted sense of sludge/doom metal, but with brief moments of bombastic blastbeats and raging thrash that act as explosive reliefs of tension, like a pipe bursting after too much filth at too hot a temperature is being churned through. Between the riffs and the effected vocals and the song construction, they sound downright fucking evil, menacing, pitch black in darkness. There's not another band in the game today that can evoke this feeling in me, I'm not sure there's another that even tries.