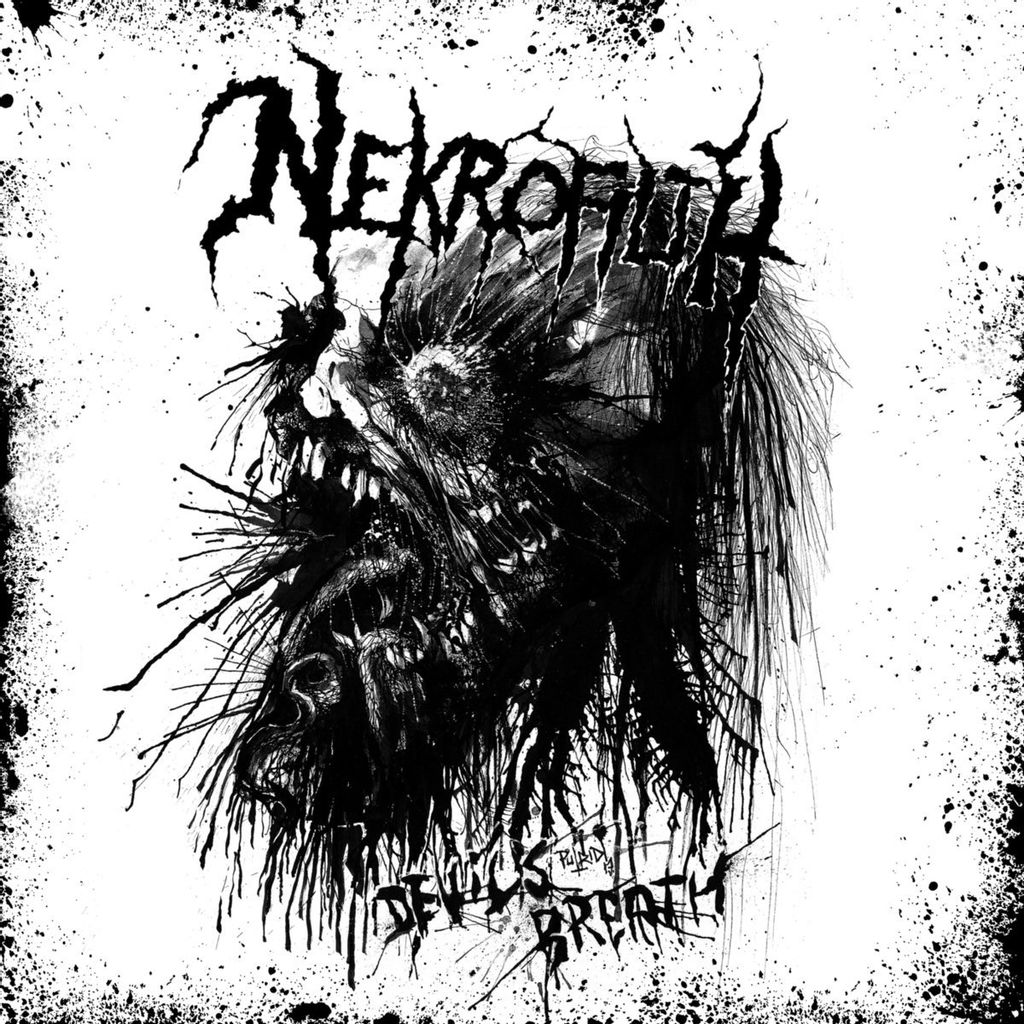 Cleveland filth-bangers NEKROFILTH might've made a foul 'n' furious impression with their Worship Destruction 2008 demo that was re-released by HELLS HEADBANGERS, but with their debut album Devil's Breath, NEKROFILTH have truly come into their own as one of the meanest, dirtiest metal bands around. Led by founding degenerate Zack Rose (previously of CRUCIFIED MORTALS & NUNSLAUGHTER), NEKROFILTH's debut album mainlines - and MEANLY - raging old-school thrash, hardcore-punk, and grind into a cantankerous-yet-catchy fist to the face of all that's kind and clean...as if song titles like "Junkie Cunt," "Smear the Sleaze," "Volcanic Zit," and "Scum Freak" already didn't say enough. So many bands dare to be "extreme," but very few deliver the goods. NEKROFILTH, on the other hand, uniquely sound more extreme than those "extreme" posers and, more importantly, like little else currently going on in the metal underground: this is the smell of Devil's Breath! Recommended for diehards of NME, SLAUGHTER (Canada), REPULSION, and early ABSCESS.