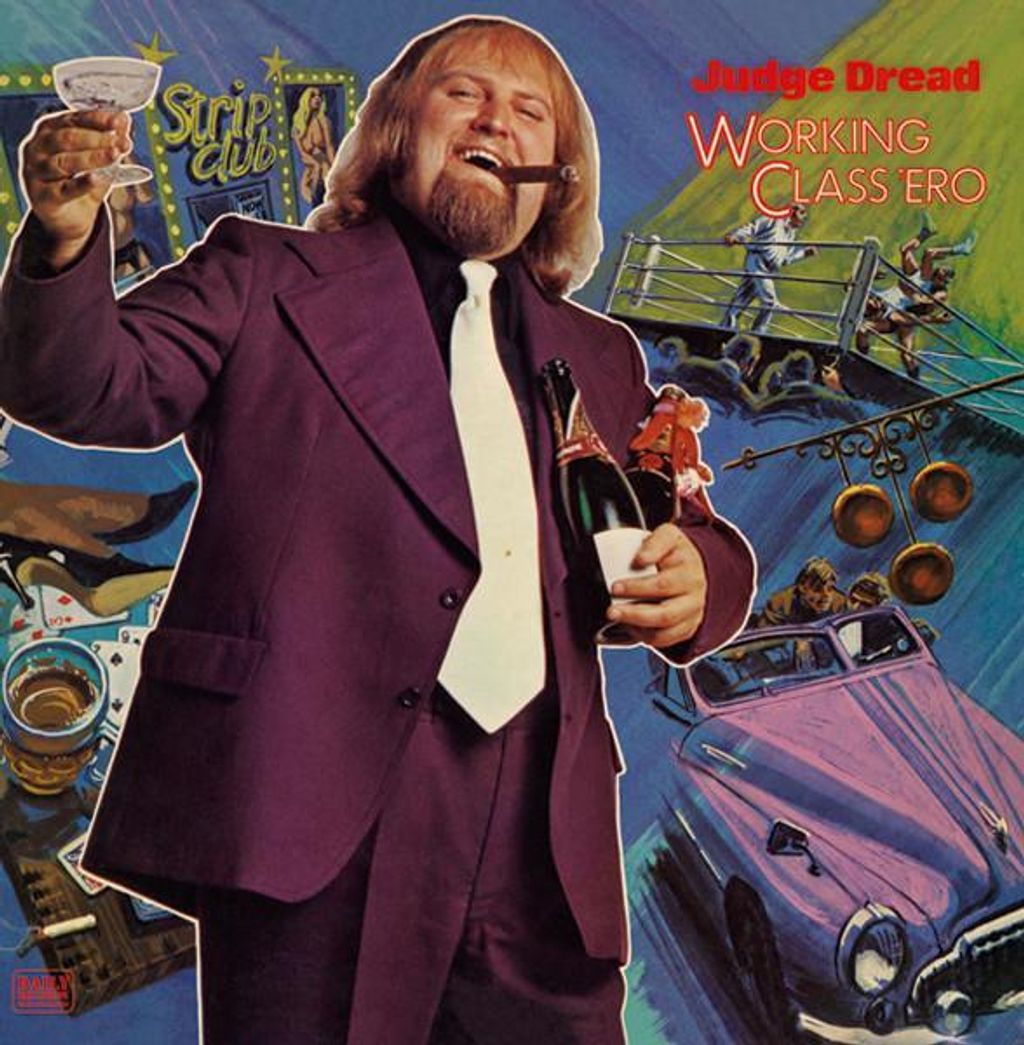 Picking up where Dreadmania left off, 1974's Working Class 'Ero bundled up both hits ("Big Eight," "Big Nine") and misses ("Grandad's Flannelette Nightshirt," "What Kung Fu Dat"). Boasting a host of sizzling sounds, from okra Westerns to the orchestral "God Save the Queen," which opens "Big Nine," Working Class 'Ero is a melting pot of styles that dips into music hall, disco, and dancehall. This climaxes, so to speak, with a version of "Je T'aime (Moi Non Plus)," one of the best reggae-fied covers of all time. A re-recorded version shot into the U.K. Top Ten the following summer. The single, like the original featured here, sports one of the most startling plot twists in songdom, a Judge Dread trademark. Elsewhere the lyrics plunge from hilarious, juvenile silliness to pure surrealism. "Dread's Law," for example, takes its premise from Prince Buster's "10 Commandments of Man," but HRH never envisioned a rule that begins, "Never use an oyster as a sex aid." Contrary to its title, however, "Big Five" is not a cover of the Buster hit, nor even a version, but merely a continuation of the "Big" series, as is "Big One." This CD reissue appends five bonus tracks, bundling up B-sides and, of particular interest to collectors, "Hey There Lonely Girl," an A-side released under the pseudonym J.D. Alex.