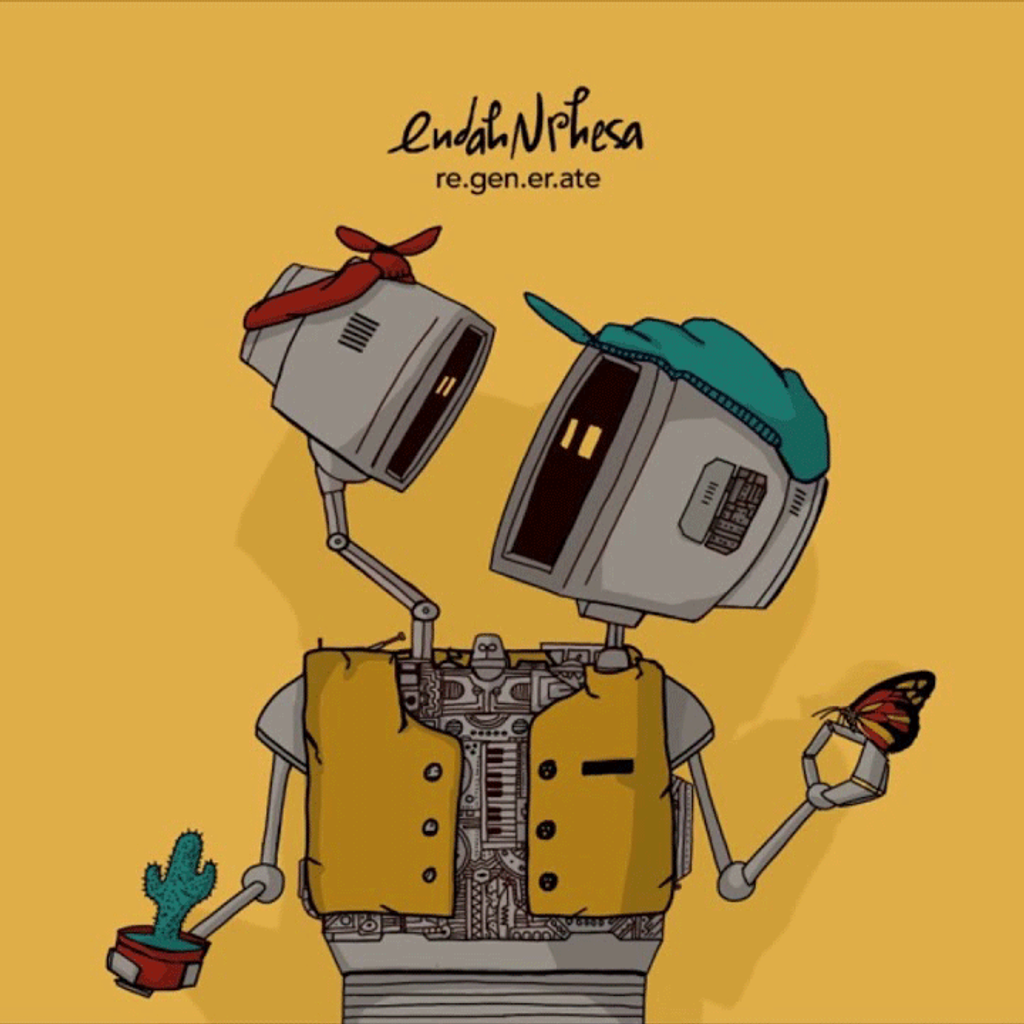 Endah N Rhesa last released an album four years ago. Both of them always live in creative space in the music field, and this time Endah N Rhesa released the album Regenerate. Their fifth album contains a total of 10 songs which can be considered quite challenging, because it took 1.5 years to finished. Filled with months of mature concepts, song melodies, singing styles to writing lyrics that are out of the ordinary in order to get something different from previous albums.

To give a different nuance to some songs, Endah N Rhesa invited several musicians to be involved in this album, namely Budie Tanzania (Classmate Journal), Karina Christy, Aryo "Dakoy" (BEDA), Dias "Betong" (BEDA) who filled in the vocals in We and Regenerate songs. In the Gift And Curse song, Adhitia Sofyan's distinctive voice, and the sound of Aryo Dakoy trumpet decorate the song We and Hello (Love Is In My Town). The music and lyrics on this album were made by both of them. The album, which was released and distributed under the auspices of the Demajors Independent Music Industry label, was recorded, mixed and mastered by Rhesa at Shane’s Lab, a simple home studio of their own located in Pamulang, Tangerang Selatan. Rhesa also works as an illustrator and designer for the artwork and layout of the 'Regenerate' CD album.