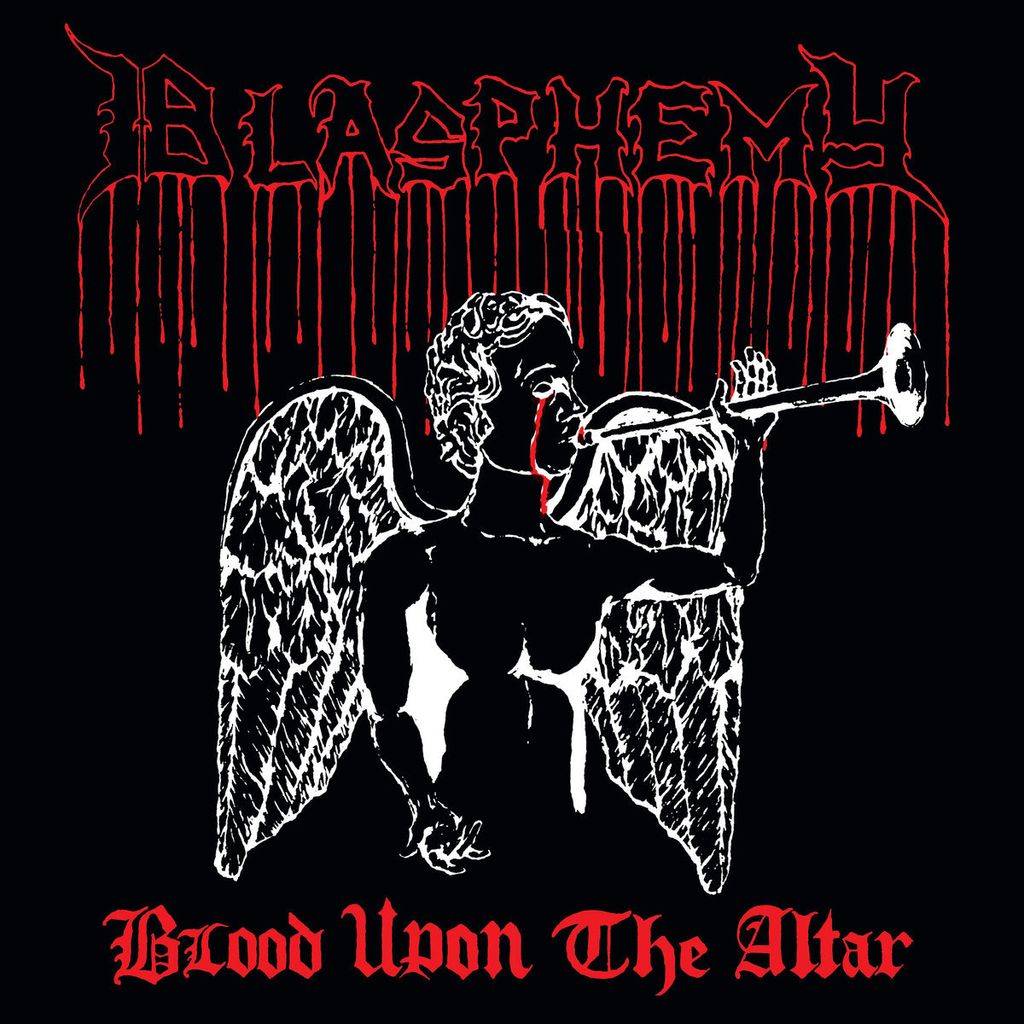 • Blasphemy "Blood Upon The Altar" CD

Ask your average Vancouver metalhead to list the progenitors of black metal—a movement to restore evil and brutality to the genre—and they’ll probably start in 1980s Scandinavia, with bands like Bathory and Mayhem. They might name-check England’s Venom. But they probably won’t mention Blasphemy, which came together in Vancouver back in 1984, around the time that Mayhem was just getting started.

At that time, Blasphemy’s singer Gerry Buhl, who performs under the name Nocturnal Grave Desecrater and Black Winds (or Black Winds for short), was a teen. His musical tastes involved “basically, anything I could get my hands on that was really fuckin’ brutal”. That ranged from punk like Discharge and GBH to the early demo tapes of Flint, Michigan, grindcore innovators Repulsion, known at the time as Genocide.

The band released a demo titled Blood Upon the Altar in 1989 and their debut album, Fallen Angel of Doom, the following year through Wild Rags, a record label they had signed to while touring the United States. Their second full-length studio album was the 1993 Gods of War released through Osmose Productions. In 1993, Blasphemy toured through Europe with Immortal and Rotting Christ.

Blood Upon the Altar started life as a raw, confrontational demo recording. While the predominantly death/grind sound may scare off more “current”, post-black listeners, long-time black metal kvltists will easily recognise the inspiration behind some of the more violent black metal acts of today, including Archgoat or Impaled Nazarene. While blackened death metal nowadays is far removed from the Blood Upon the Altar template, with artists like Behemoth and Belphegor often opting for atmosphere over brutality, the contribution Blasphemy made is undeniable, often being listed alongside the likes of Venom, Von, Hellhammer and Sarcofago as examples of first-wave black metal that did not arise from the Scandinavian wilderness. As long as bestial, angry songs like “Ritual” and “Blasphemous Attack” exist, Blasphemy will always be a relevant contributor to the genre, and Blood Upon the Altar will always be a classic.