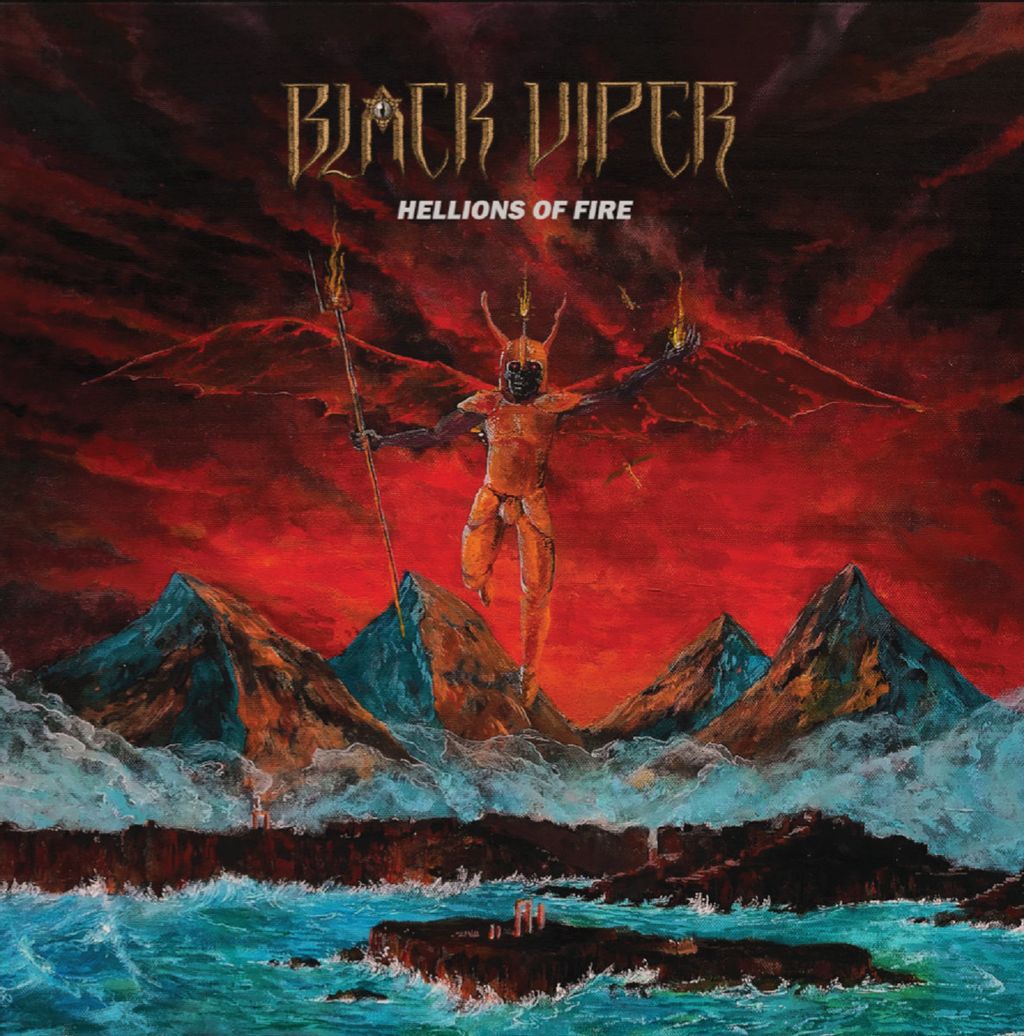 Black Viper has its home base in Oslo and releases a first album mid-September this year. The band started as a solo project back in 2012 when drummer Cato Stormoen began to write songs. He was inspired by more traditional metal and the songs he wrote didn’t really fit to Deathhammer, a band he’s part of also. Things didn’t proceed in a fast fashion and it took till 2016 to release a first demo, entitled ‘Storming with Vengeance’. With having a band in place, Black Viper gained shape and form much faster. Six years after the first signs of life the debut will see the light of day. ‘Hellions of Fire’ is the title of Black Viper’s first release and the album became great. Being grown up with bands like Savage Grace and Agent Steel gave me an immediate feeling of wow. As mentioned, the band is into traditional metal which is mainly done with full speed. Massive riffs and a breathtaking speed is what this album is about. On top of it there are the vocals of Salvatore Armijo, a guy that’s a real metal siren. Especially the high pitch screams reminded me of the legendary John Cyriiis.