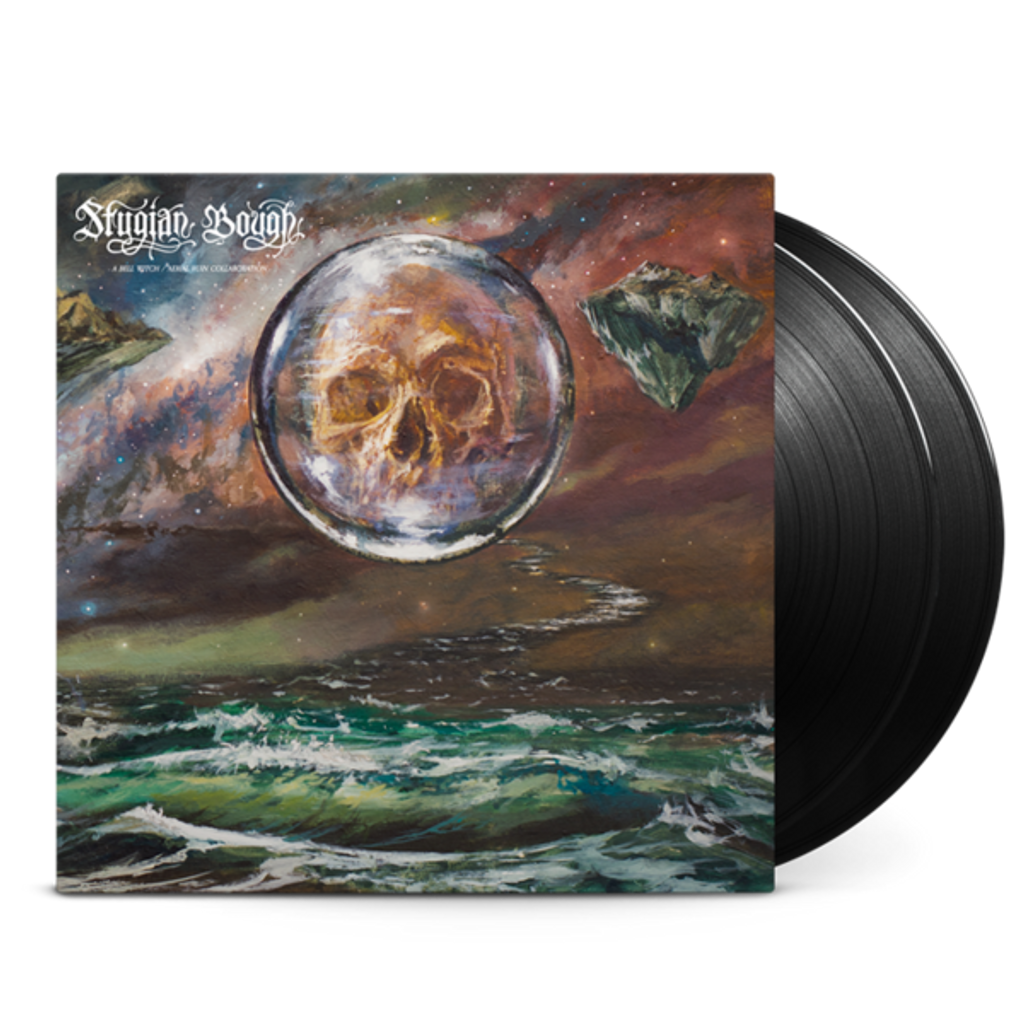 Available in 2LP and CD format

The debut collaboration album from doom metal giants Bell Witch and Aerial Ruin (the solo folk project of singer / songwriter Erik Moggridge), under the moniker of Stygian Bough is a culmination of the work of both artists as witnessed previously on Bell Witch’s three full-length albums, where Moggrdige has contributed guest vocals.  With each succeeding Bell Witch release, one has seen Moggridge’s involvement with the band developing, growing and getting more elaborate. This release, produced by Randall Dunn (Sunn O))), Wolves In The Throne Room, Anna Von Hausswolff), follows up Bell Witch’s colossal Mirror Reaper opus with Moggrdige actually being involved in the creative and writing process with the band duo of Dylan Desmond (bass / vocals) and Jesse Shreibman (drums / synthesizers / vocals). Not only does Stygian Bough expand and broaden this alliance between the artists, but with Aerial Ruin contributing to the songwriting of this dedicated collaboration and incorporating his signature and alluring style of emotionally-driven folk, along with taking the lead vocal position, adding to the band’s caliber of unearthly towering doom, this album becomes its own singular,  unparalleled doom metal entity.