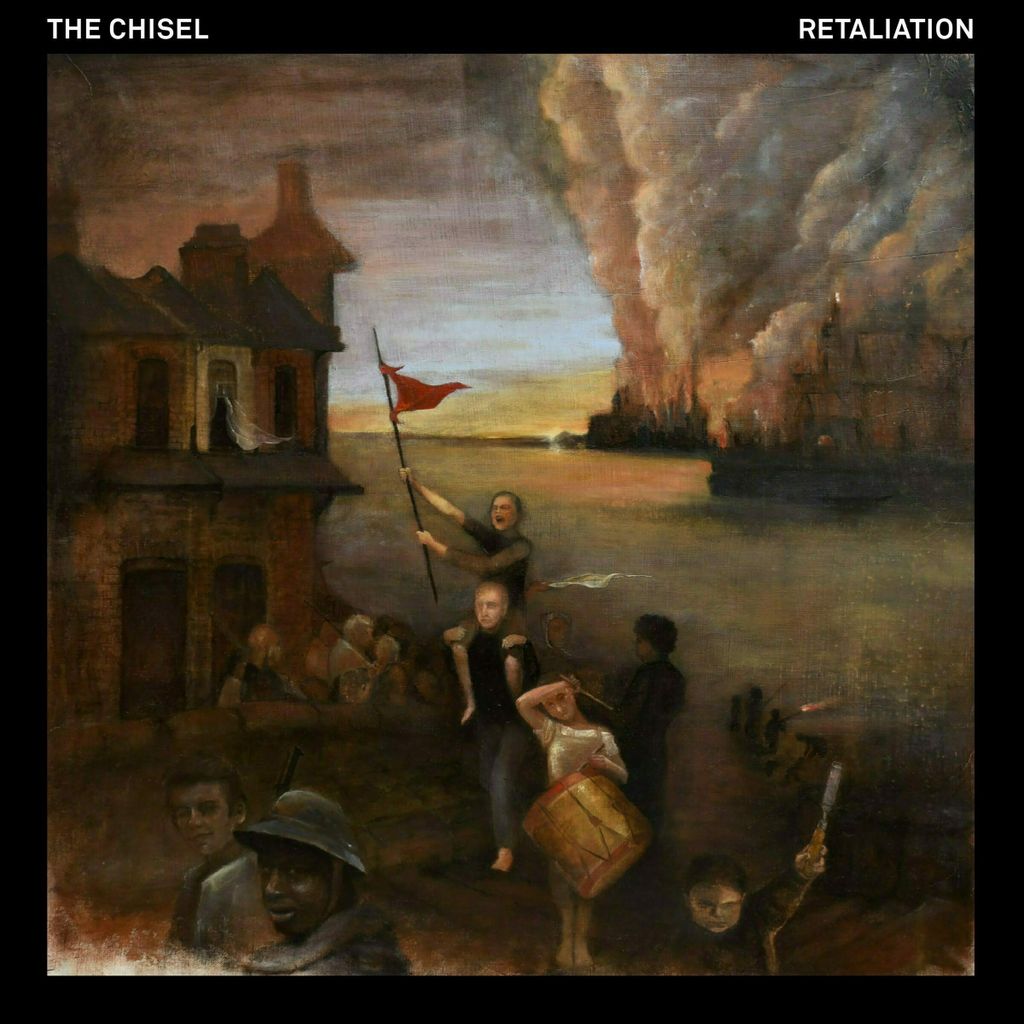 It’s going off and The Chisel are back to cause a bit of bovver. Following a trio of explosive singles, the band finally bring us their debut full-length album, Retaliation, on the London-based punk institution La Vida Es Un Mus.

Having formed in early 2020 and featuring a crew of members with long-term associations to the London punk scene, The Chisel quickly secured a reputation as one of the most exciting bands from a pool of contemporaries that includes Chubby & The Gang, Stingray and Big Cheese. Their sound is rooted firmly in Punk but with influences that run across the board to create a distinctive blend of Oi!, anarcho, UK-82 and hardcore. Retaliation is an unmistakably British record that draws a line from 1982 up to the present day, pushing its way into your collection and torching your stereo.

Opening with the agitated force of ‘Unlawful Execution’, the tone is firmly set by a song that addresses the brutality of the Met Police (“Tell me what’s the difference between right or wrong / When a copper gets to blast a lad who did nothing wrong”). ‘Come See Me’ is a ferocious ode to camaraderie in the face of mouthy boneheads and bellends. ‘Shit Life Syndrome’ is a poisoned reference to the same cynical phrase used by physicians to describe the effects of people living under poverty and in the grips of substance abuse (“How can you expect people to act nicely, they’ve all been left on the edge of society”). It’s one of many songs influenced by singer Cal’s experiences of growing up in the working-class town of Blackpool. Cal states: “Blackpool as a town is often overlooked or even looked down upon, I wanted to write lyrics which gave the people of my town a voice”. With tunes like these The Chisel show that they’ll never pull any punches. However, beyond the fury and the swagger there’s another side that plays to an additional strength; the ability to write a memorable hook. Songs like ‘Retaliation’, ‘Tooth & Nail’ and ‘Not The Only One’ could be described as modern day anthems (the latter has become a fan favourite since the arrival of their first live shows) and cement their identity as a band not to be defined by their influences.

Retaliation is 14 tracks of dance floor-stomping-working class Chisel-music. Here and now, The Year of The Chisel.