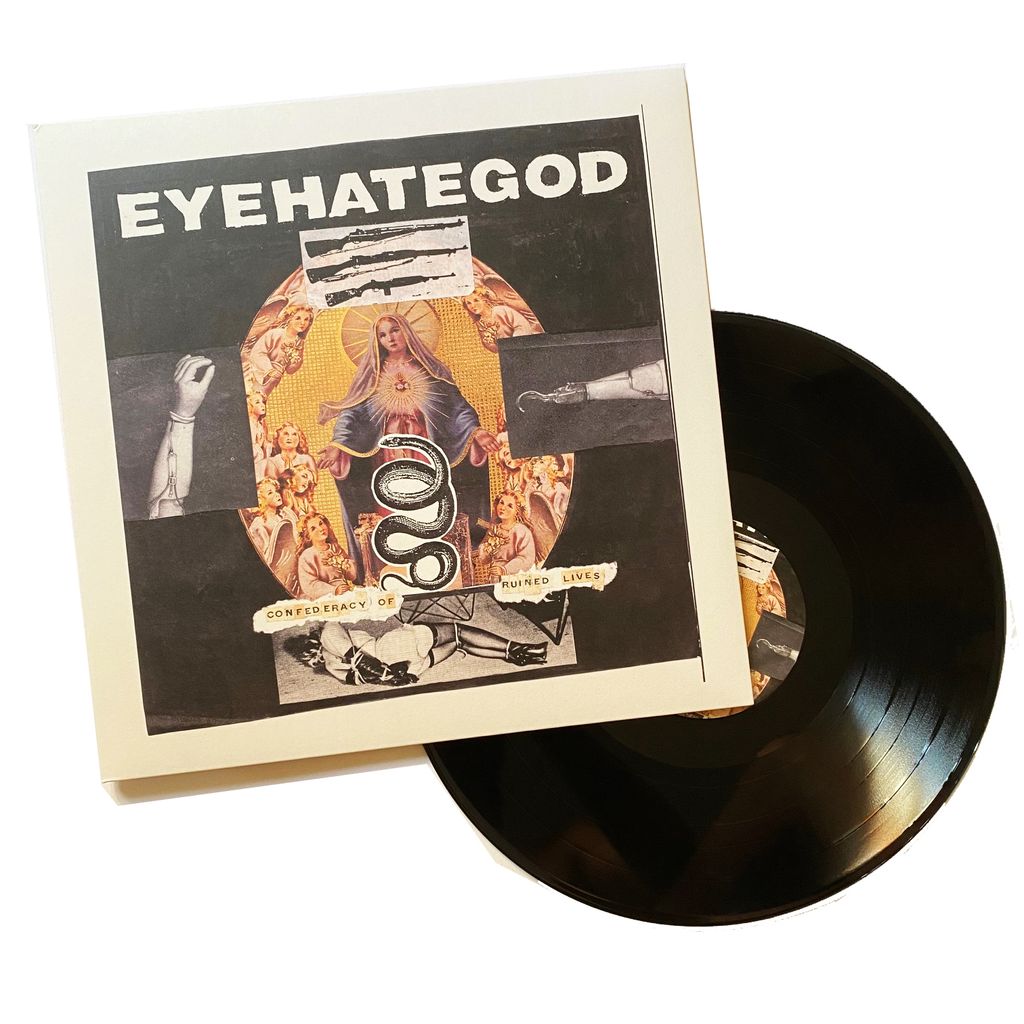 No band has encapsulated hopelessness, hatred, need and simmering misanthropy more than New Orleans lords of hostility, Eyehategod (save for musical and philosophical kindred Buzzov*en). Vilified and misunderstood, everything from their moniker to their deeds (remember the whole "who sold Phil his speedball" fiasco?) to their live shows, lyrics and artwork has been targeted; the band eventually imploded when voice of the broken, Mike Williams quit while on tour in '98. Reuniting with the odds and ends release Southern Discomfort, Eyehategod served notice that their musical plague would once again scorch the earth. Enter Confederacy of Ruined Lives. While not as unexpected as their debut, In The Name of Suffering, nor as cold and heartless as Take As Needed For Pain, Confederacy... is more a continuation of its predecessor, Dopesick, and sees EHG distilling their brand of Sabbath-inspired sludge, Southern tainted rock and crust punk to previously unheard of levels of anguish. Tracks like "Revelation/Revolution," "The Concussion Machine Process" and "Corruption Scheme" sees EHG delivering musical misanthropy as only they can. Hate/sludge-core riffs suffocate one instant and pummel the next, alternatingly hostile and morose, while the rhythm section has never been tighter, nor sounded as crisp, and Mike D. Williams presides over it all like the end-time prophet he is, spewing self-abuse as rhetoric while the band grinds on. Confederacy of Ruined Lives is EHG at the height of the musical prowess; let the backlash begin.