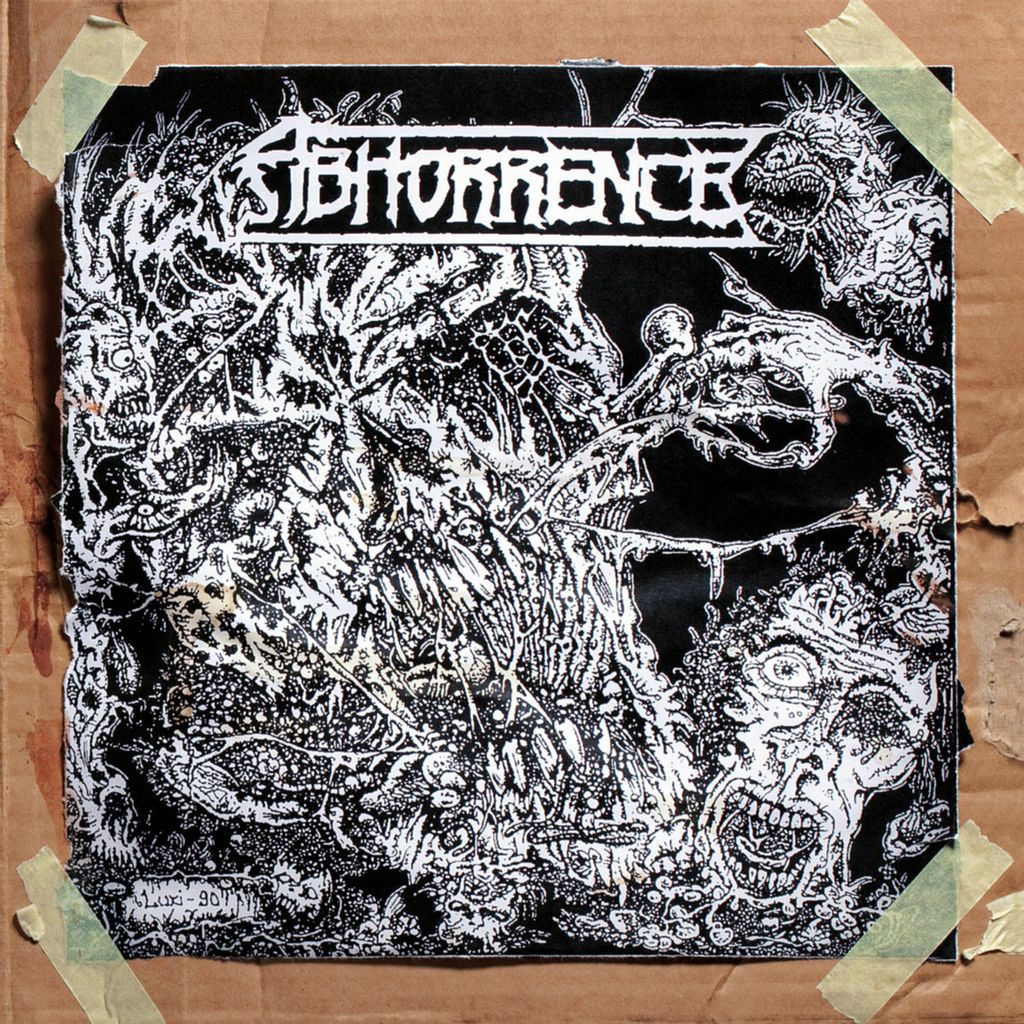 Purple vinyl, double LP with large booklet.
With bonus tracks not on the CD version.

The ultimate collection of all original Abhorrence material, the original 7 inch EP, the demo plus all existing rehearsal and demo tracks. Forget all about your so-called ‘lost classics’ because this collection is so above everything that we don’t even know where to start. Basically, this had been in the making for what seems like forever, until the band’s original singer Jukka Kolehmainen, who’s been working on it for ages, ended up being contacted by SVART to do it that is. And the wait is at long last over. And believe us, it was worth the fuckin’ wait.

In the golden years of the early 90s, there had been a bunch of demo bands that did have indeed more and less an influence on the then ever-evolving and still shapeless form of extreme music known as death metal. And then, there was ABHORRENCE. Of course, we ain’t just talking about AMORPHIS’ Tomi Koivusaari, even if this well-established and respected band’s very first proper release in 1991 (‘Privilege Of Evil’) was a direct continuation of it. No, to put it simply, over the course of less than two years, and even if they officially released during their lifetime only one EP on SERAPHIC DECAY and one demo on tape, this bunch of young lads changed the course of Scandinavian extreme metal forever. Up to this day, only a handful of brave acts have managed to match the intensity and utter creepiness of “Caught In A Vortex” or “Vulgar Necrolatry”. Like their neighbours in Stockholm, early Finnish death metal had a sound on its own and this is the one and only true definition of it: raw, putrid, primitive and truly made straight in Hell.

So, feel free to finally throw away your cheap Mexican CDr bootleg curled from 16th generation tapes or cheap downloads, as in cooperation with original singer Jukka Kolehmainen, all the music featured on this compilation is taken from the best-sounding known source. And wait, there’s more: besides the until then widely spread ‘Vulgar Necrolatry’ demo and self-titled EP, you’ll find here a six-song live set captured in Turku in 1990 plus two songs taken from a rare-as-fuck two rehearsal tape from the same year. To sum it up: the word ‘cult’ doesn’t even get close starting to describe how this collection is like.