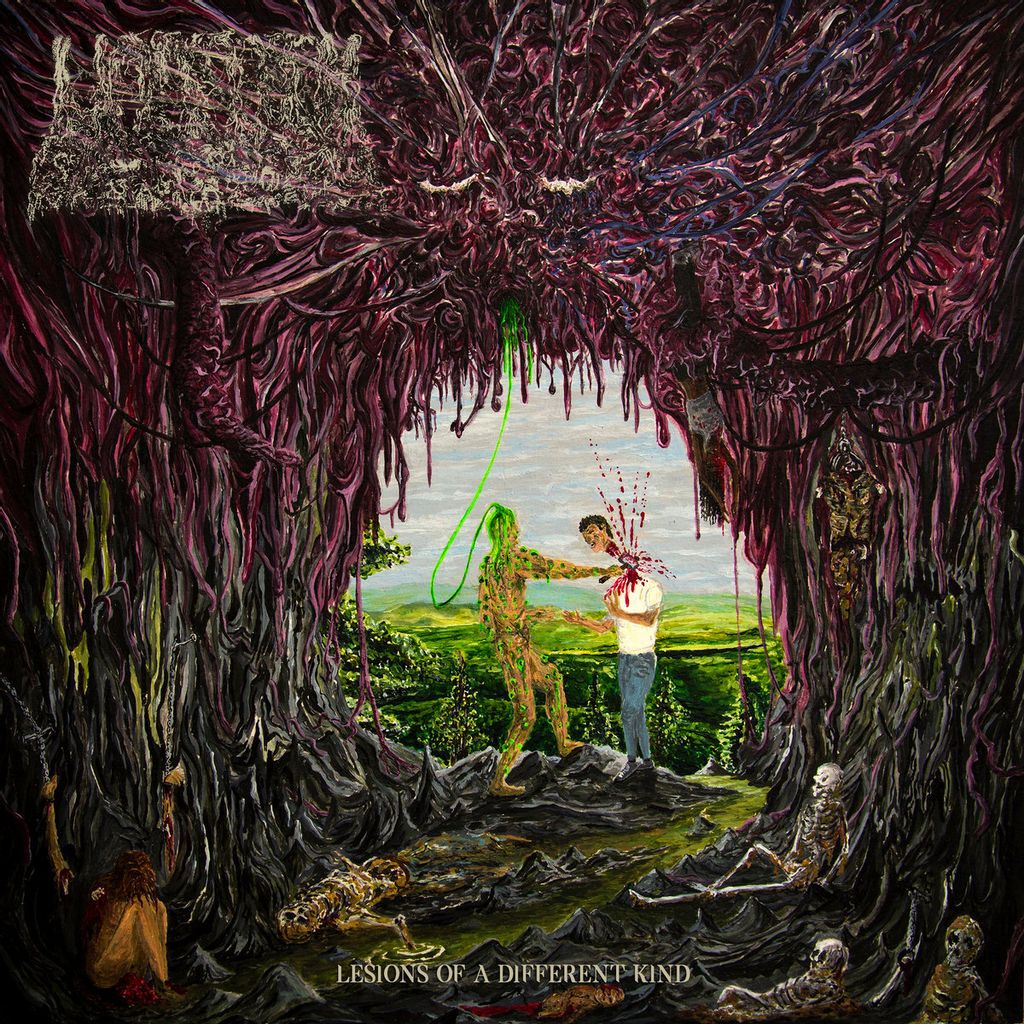 After a few well-loved demos, Undeath’s debut album, Lesions of a Different Kind, never leans too far to either side of the death metal pendulum. It is a vicious and nauseating blast: catchy, impenetrable, and masterfully executed. What appeals about a song like “Acidic Twilight Visions” is the immediacy—a pummeling groove, a climactic solo, an honest-to-god chorus. But the closer you listen, the more you hear the virtuosity underlying their chaos, a complex web of interlocking parts that can turn on a dime from jackhammer shredding to guttural dissonance.

This old-school death metal, akin to the early work from fellow breakout revivalists like Tomb Mold and Blood Incantation, involves a purposeful lack of dynamics, indecipherable lyrics, and melodies that seem in danger of dissolving into a murky, low-end drone. The strength of the songs largely comes down to the riffs, which are remarkable throughout. Nearly every track opens with a memorable guitar part from Kyle Beam, and he guides his bandmates through an album that brings to mind plenty of the greats (Autopsy, Morbid Angel, Cannibal Corpse, and more are saluted in the liner notes) but coheres into a singular force.