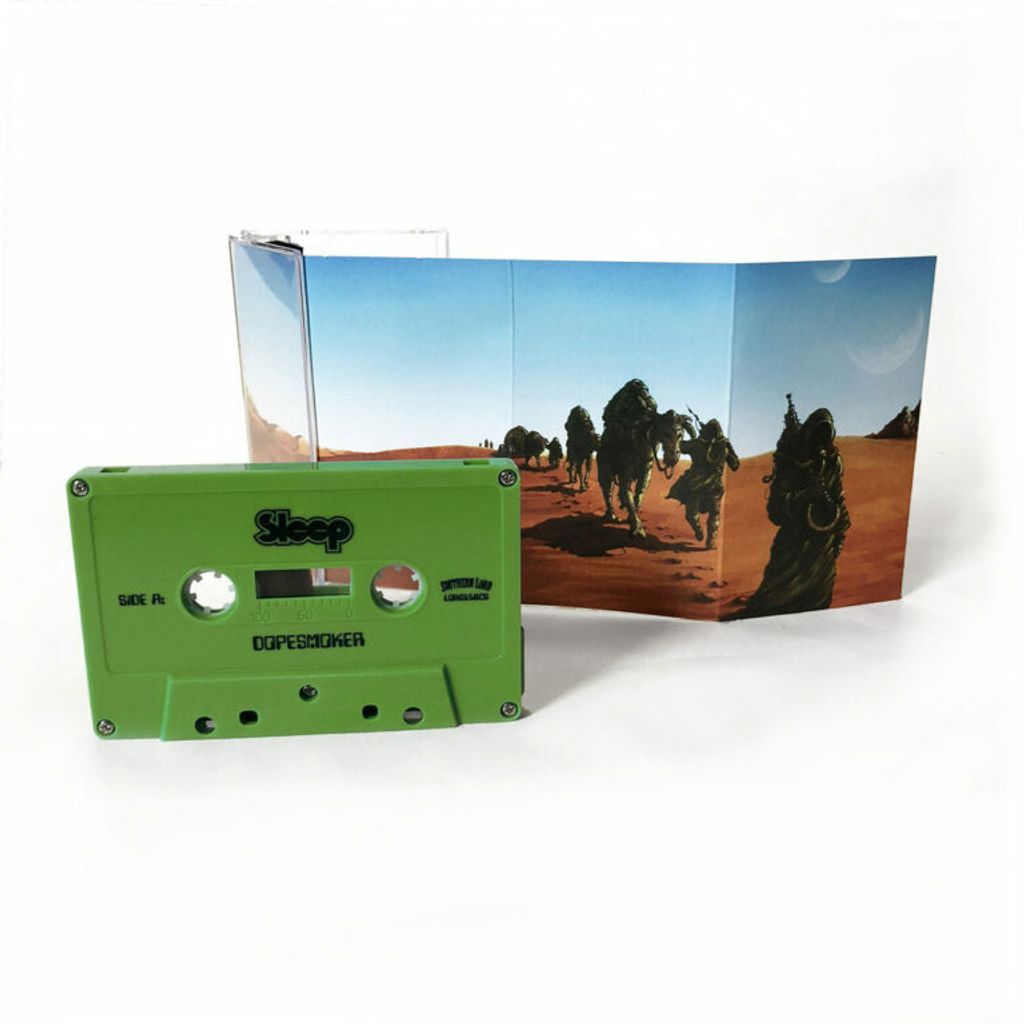 In 2011, Southern Lord was contacted by Sleeps’ Al Cisneros about the possibility of releasing a deluxe version of the classic Sleep recording: Dopesmoker. Cisneros wanted to breathe some new life into the old beast and finally have the original vision of the album fully realized. Southern Lord was overwhelmingly ecstatic about the challenge of taking the reigns of one of the most important recordings in the history of Heavy Metal! The Lord version features brand new artwork by long time Sleep artist, Arik Roper, who created something specifically special for the albums’ rebirth. The biggest difference between this new version and the old releases is the phenomenal remastering job by Brad Boatright . His vision was to enhance the original recording without changing it drastically. What he has done makes this epic opus sound invigorated, more powerful with renewed clarity and all-around unbelievably mammoth. His work was enthusiastically approved by the band and considering how focused, vigilant and protective of their masterpiece the band is, that is nothing short of a miracle! Also exclusive to the reborn version of Dopesmoker, is a unreleased live track of one of the best songs the band ever did, Holy Mountain.