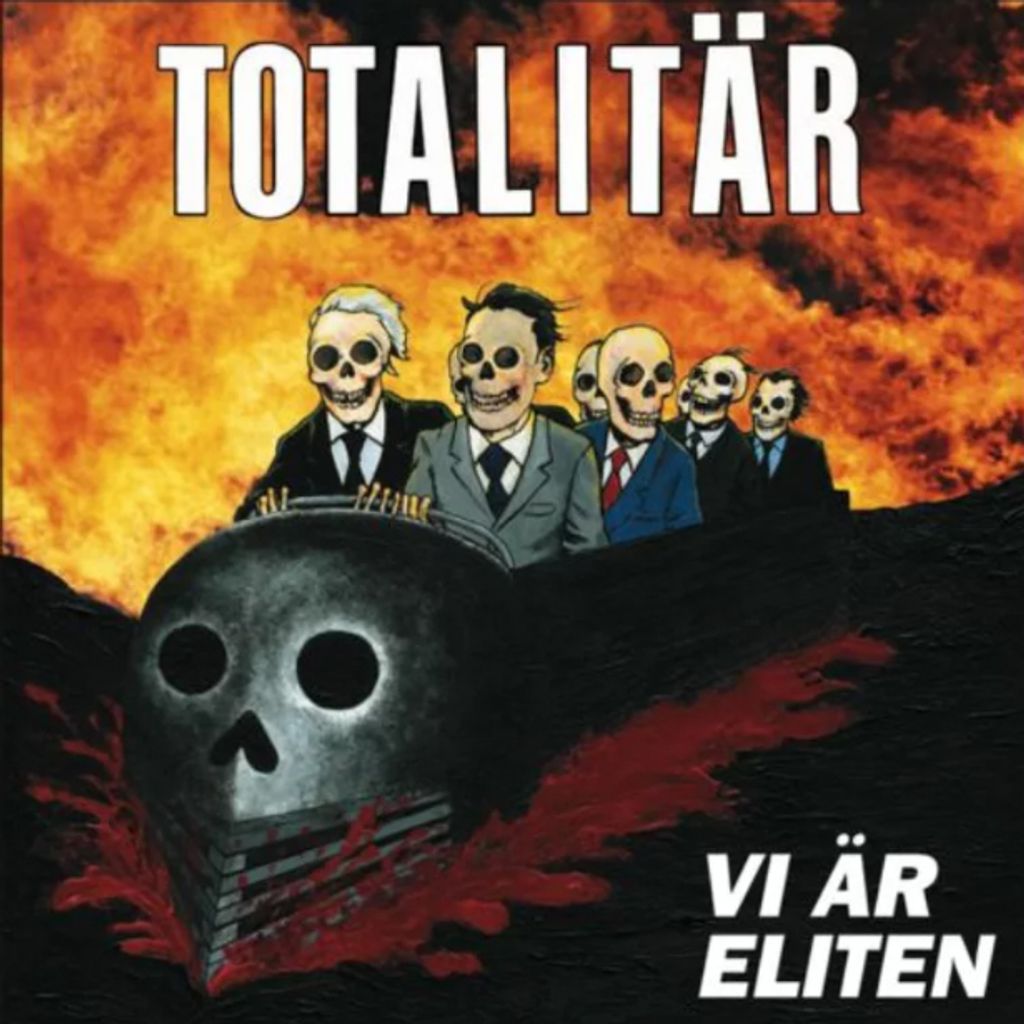 Re-press of the 2007 Final Album by TOTALITÄR, repressed on Three different colors of Vinyl ( Orange, Red and white) in a stoughton Gatefold Tip-on Sleeve, pressed at RTI. Mailorder copies come with a Totalitar button and Promo poster.

Rampaging D-beat hardcore punk, Stockholm’s TOTALITÄR are one of the longest running and most renowned classic Swedish hardcore bands from the 1980’s, with almost twenty releases since their beginnings in 1985. Respected for their challenging political lyrics, Integrity and continual inventive spins on a brutal and straightforward formula of rock-driven, blasting hardcore.

After a series of Farewell shows in Sweden and in the U.S. in 2003, TOTALITÄR decided to do one final recording and album- Vi Ar Eliten (We are the Elite) which features seventeen rock-hard tracks. A combustive steamroller of their trademark desperate angry vocals, pounding rhythm section and searing guitar leads, their third full length album is one of their finest. From the original Metal work , Mastered at Fantasy Studios by George Horn.