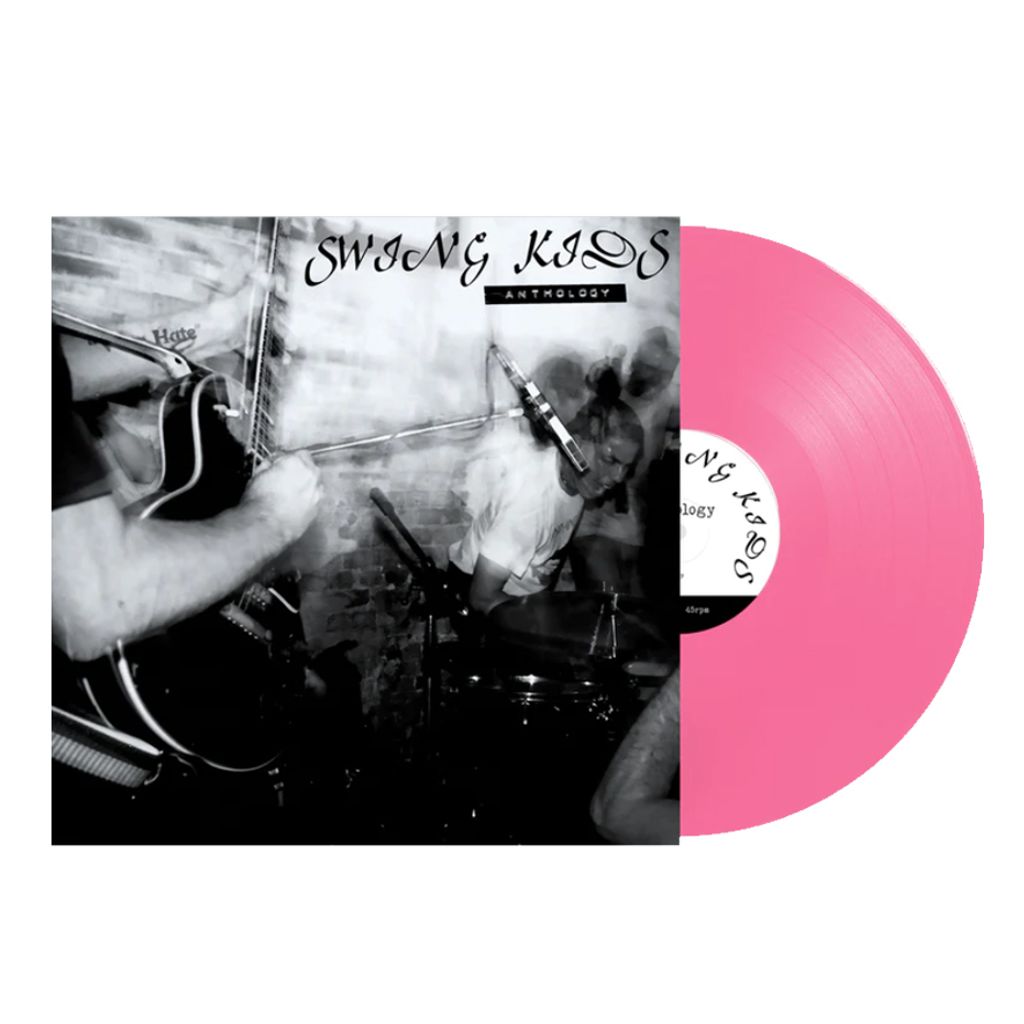 Swing Kids formed in the mid 90’s out of a mix of obscure punk, hardcore, and geography-specific social politics. The band, made up of Justin Pearson, Jose Palafox, John Brady and Eric Allen drew inspiration from jazz and swing era ethics, creating a strand of genre-defying music. The band was short lived, documenting their entire existence in a handful of songs/releases over a couple of years. The band did their last few shows recruiting Jimmy Lavalle who was part of notable acts such as The Locust, The Crimson Curse, The Black Heart Procession, Gogogo Airheart, and Album Leaf, to play second guitar. Then the unexpected happened; guitarist and founding member of Swing Kids and Unbroken, Eric Allen, took his own life. Over a decade later, and Eric still lives on in his music. The final chapter of the band was written, as the remaining members had the opportunity to play two benefit shows in Southern California raising thousands of dollars for charity. The shows, or “funerals” as the band members looked at it, displayed that the band’s spirit will live on, and showcased the evolution of the remaining members’ musicianship. Jose Palafox went on to play in notable acts such as Bread and Circuits, Yaphet Kotto, and Baader Brains. Bassist John Brady has since played in Sweep The Leg Johnny and Agonista. Vocalist Justin Pearson is known for contributing to a multitude of bands and projects over the years including Dead Cross, The Locust, Retox, Planet B, Head Wound City, and Deaf Club.

This release by Three One G will be available digitally, as well as a limited edition of 500 “antifa colored” black and red splattered vinyl with gatefold cover on October 23rd.

“Anthology” has been re-mastered by Brent Asbury. Layout and design by Bran Moon.

One of Three One G’s earliest releases was Swing Kids’ S/T 7” EP, which featured four original tracks as well as a harsh version of Joy Division’s “Warsaw”. Soon after the band released this EP, they followed up with a split 10” EP with Spanakorzo, which shared band member John Brady. After a few short tours and a jaunt over to Europe, the band called it quits due to drummer Jose Palafox relocating to the Bay Area. Swing Kids did manage to track one last song, “El Camino Car Crash” which is the additional track on the digital follow-up of the band’s entire collection, simply titled “Discography”. Over the years, this nine-song collection would become a staple for the Three One G community. After the sudden and immense loss of founding member Eric Allen, the band reformed to play two charity shows in his memory, and the documentation of this final chapter was a self-titled 7” single featuring an updated version of “Situation on Mars” as well as a new track titled, “Fake Teeth”. For the first time, all of these tracks have been remastered by Brent Asbury and are in one physical release, the complete “Anthology”.