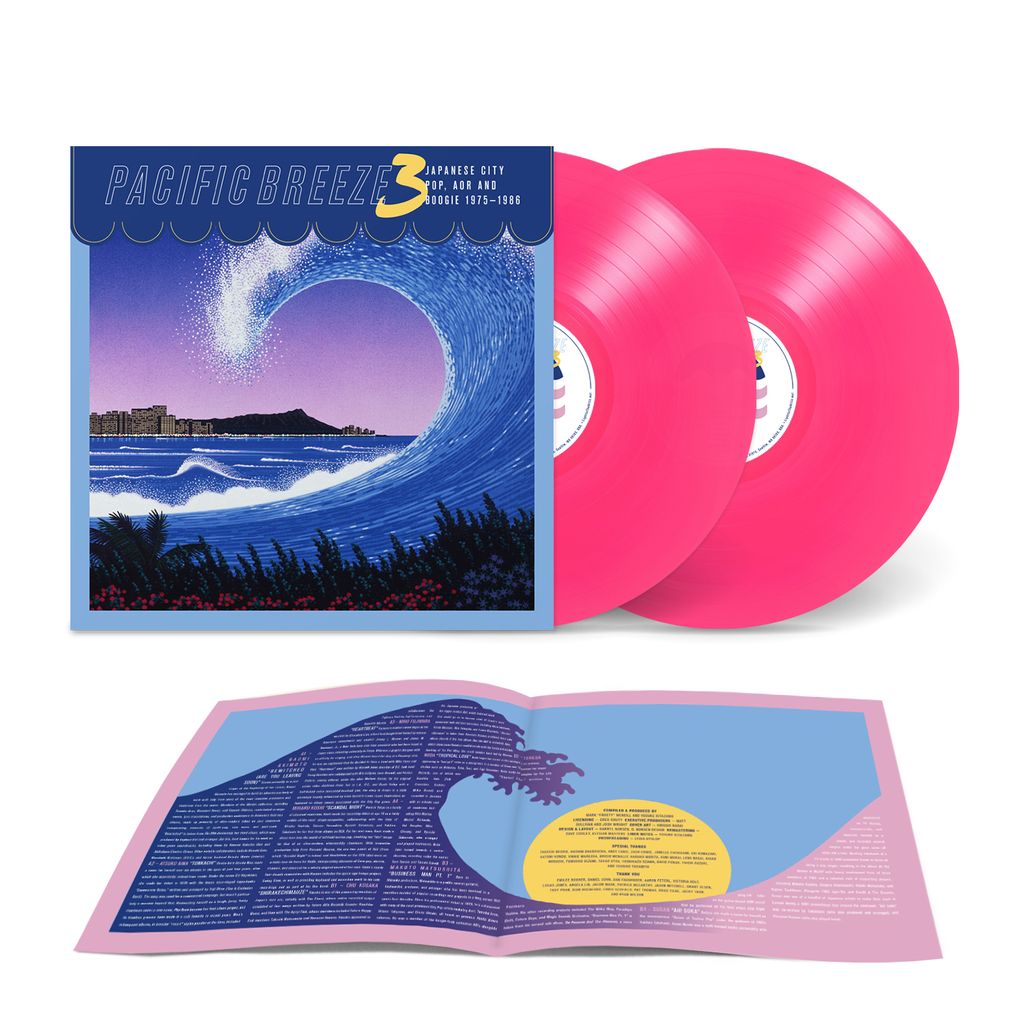 Light In The Attics

Light in the Attic’s Pacific Breeze series has supplied the world’s growing legions of Japanese music fans with an expertly curated selection of the most sought-after City Pop recordings—the mesmerizing and nebulous genre of Japanese bubble-era music of the ‘70s-’80s that encompasses AOR, R&B, jazz fusion, funk, boogie and disco. These familiar sounds are spun through the unique lens of optimistic, cosmopolitan fantasy colored by Japan’s affluence at the time. Much of the music has previously been nearly impossible to acquire outside of Japan and continues to captivate listeners with its unique blend of groove-laden escapism, even birthing wholly new genres such as Vaporwave.

Pacific Breeze 3: Japanese City Pop, AOR & Boogie 1975-1987 marks the latest chapter in the famed series and features holy grails plus under-the-radar rarities. The collection bursts at the seams to reveal some of the greatest Japanese tracks ever laid to tape, pushing towards the edge of City Pop to reveal glimmers of the next waves of styles to spring forth from the country’s creative minds. The appearance of Pizzicato Five hint at the emergence of Shibuya-kei while the influence of hip hop and electro as an emerging global trend are also evident here through the prevalence of heavier programmed drum beats on tracks such as “Heartbeat” by Miho Fujiwara.

This volume of Pacific Breeze, like its predecessors, is a female-forward offering with many tracks being voiced by women who would become household names in Japan as actresses and pop idols. Their songs here subvert the norm and brim with an innovative spirit that shatters gender roles in favor of sonic transcendence. Techno-pop classics from Susan, Miharu Koshi and Chiemi Manabe sit alongside sublime funk from Atsuko Nina and Naomi Akimoto while Teresa Noda slides into the mix with a sultry reggae jam. The genre span is stretched wider with hypnotic jazz fusion by Parachute and Hiroyuki Namba, a synthesizer fantasy from Osamu Shoji, and magnetic pop by Makoto Matsushita and Chu Kosaka.

Although not front and center, the visionary members of Yellow Magic Orchestra are still very present on Pacific Breeze 3, with Haruomi Hosono, Ryuichi Sakamoto, and Yukihiro Takahashi taking up producer and musician roles on many of these tracks. Pacific Breeze 3 serves up a captivating musical journey that adds an essential chapter to the iconic compilation series.