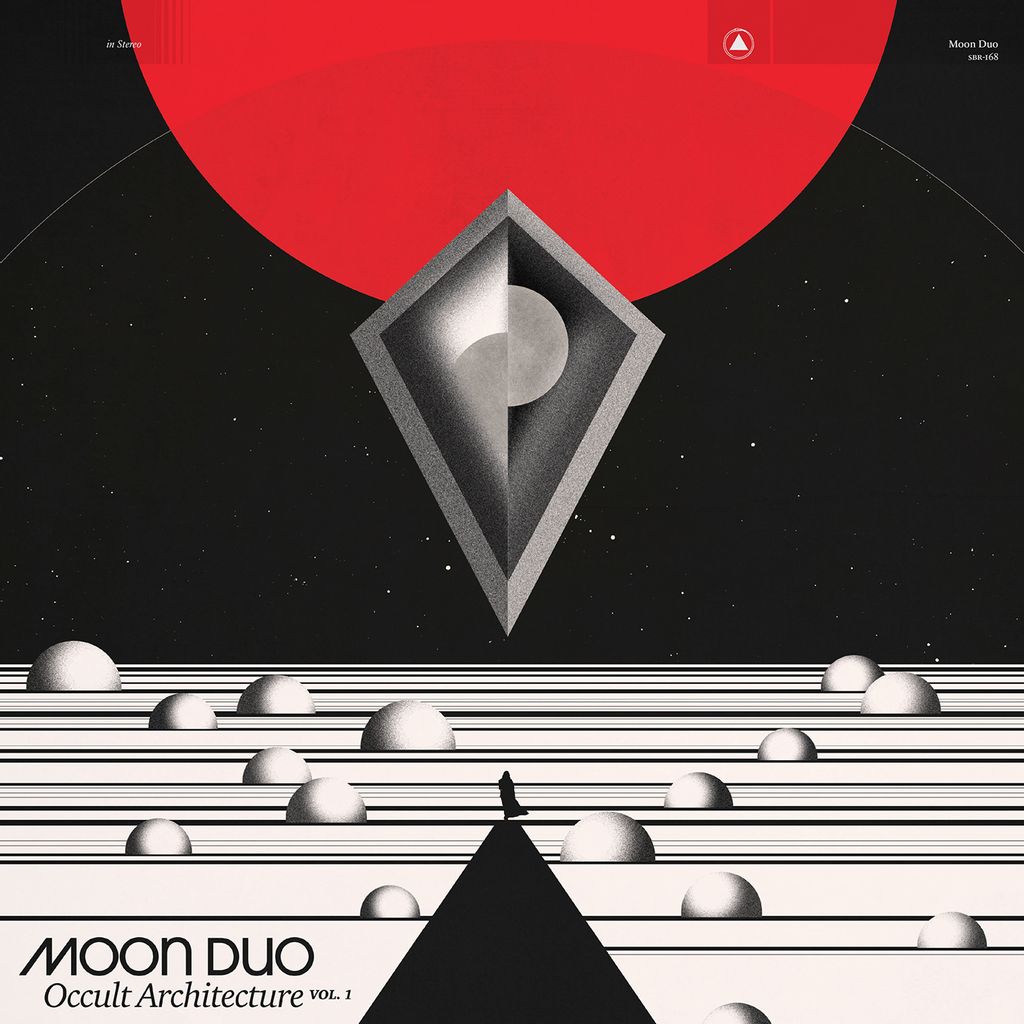 Meaning all things magick and supernatural, the root of the word occult is that which is hidden, concealed, beyond the limits of our minds. If this is occult, then the Occult Architecture of Moon Duo’s fourth album - a psychedelic opus in two separate volumes released in 2017 - is an intricately woven hymn to the invisible structures found in the cycle of seasons and the journey of day into night, dark into light.

Offering a cosmic glimpse into the hidden patterning embedded in everything, Occult Architecture reflects the harmonious duality of these light and dark energies through the Chinese theory of Yin and Yang. In Chinese, Yin means “the shady side of the hill” and is associated with the feminine, darkness, night, earth. Following this logic, Vol. 1 embraces and embodies Moon Duo’s darker qualities — released appropriately on February 3, in the heart of winter in the Northern Hemisphere.

According to guitarist Ripley Johnson, “the concept of the dark/light, two-part album came as we were recording and mixing the songs, beginning in the dead of winter and continuing into the rebirth and blossoming of the spring. There’s something really powerful about the changing of the seasons in the Northwest, the physical and psychic impact it has on you, especially after we spent so many years in the seasonal void of California. I became interested in gnostic and hermetic literature around that time, especially the relationship between music and occult qualities and that fed into the whole vibe.” Adds keyboardist Sanae Yamada, “the two parts are also intended to represent inverted components of a singular entity, like two faces on the same head which stare always in opposite directions but are inextricably driven by the same brain.”