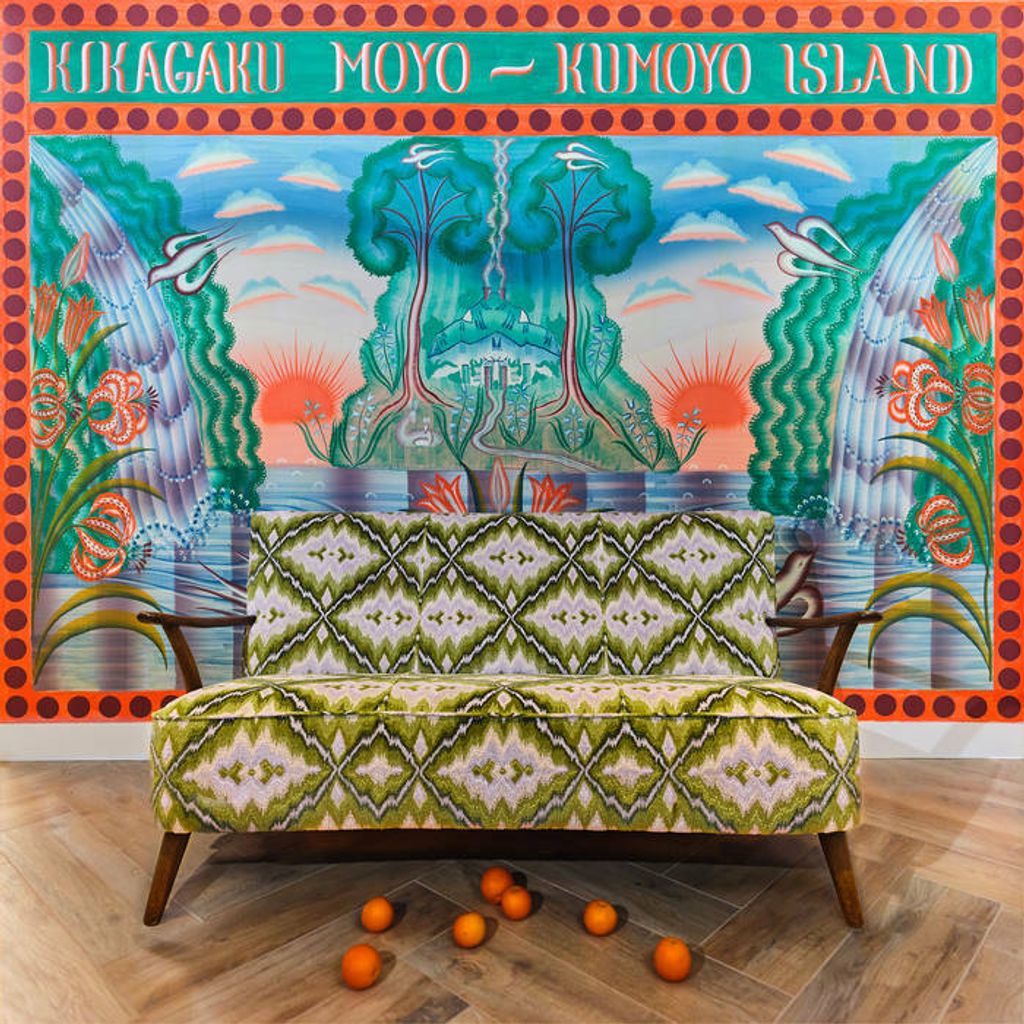 In many ways Kumoyo Island represents the culmination of a journey for Kikagaku Moyo. While their decade-long career can be summarized as a series of kaleidoscopic explorations through lands and dimensions far and near, there’s a strong intention in each of their works to take the listener to a particular place, however real or abstract they may be. In that sense, the title and cover art for the band’s fifth and final album draws you into a magical mass of land surrounded by water—but the couch suggests that Kumoyo Island may not be a fleeting stop, but rather a place of respite, where one could pause and take it all in.