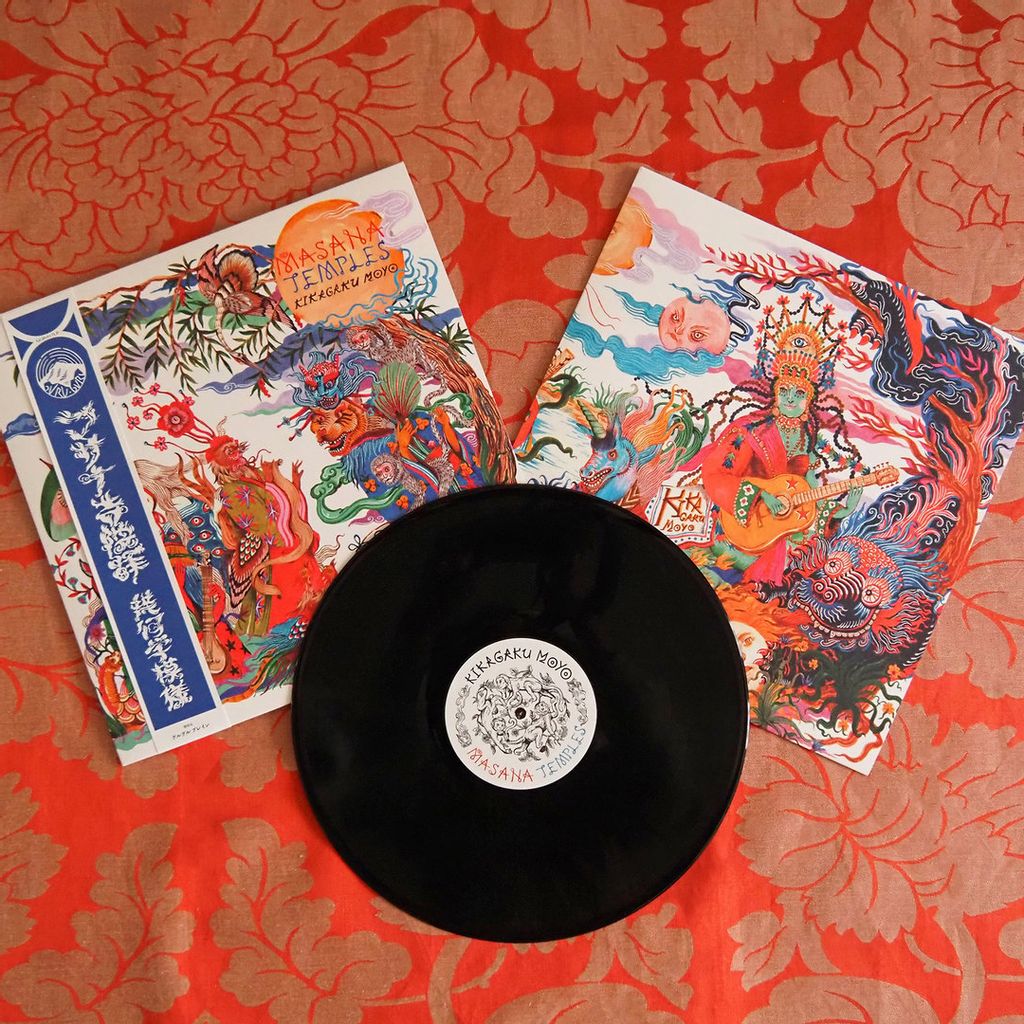 ETA : End of April 2022
Black Vinyl. Spring 2022 pressing.
Kikagaku Moyo started in the summer of 2012 busking on the streets of Tokyo. Though the band started as a free music collective, it quickly evolved into a tight group of multi-instrumentalists. Kikagaku Moyo call their sound psychedelic because it encompasses a broad spectrum of influence. Their music incorporates elements of classical Indian music, Krautrock, Traditional Folk, and 70s Rock. Most importantly their music is about freedom of the mind and body and building a bridge between the supernatural and the present. Improvisation is a key element to their sound.

The shifting dimensions of Masana Temples, fourth album from psychedelic explorers Kikagaku Moyo,are informed by various experiences the band had with traveling through life together, ranging from the months spent on tour to making a pilgrimage to Lisbon to record the album with jazz musician Bruno Pernadas. The band sought out Pernadas both out of admiration for his music and in an intentional move to work with a producer who came from a wildly different background. With Masana Temples, the band wanted to challenge their own concepts of what psychedelic music could be. Elements of both the attentive folk and wild-eyed rocking sides of the band are still intact throughout, but they’re sharper and more defined.

More than the literal interpretation of being on a journey, the album’s always changing sonic panorama reflects the spiritual connection of the band moving through this all together. Life for a traveling band is a series of constant metamorphoses, with languages, cultures, climates and vibes changing with each new town. The only constant for Kikagaku Moyo throughout their travels were the five band members always together moving through it all, but each of them taking everything in from very different perspectives. Inspecting the harmonies and disparities between these perspectives, the group reflects the emotional impact of their nomadic paths. The music is the product of time spent in motion and all of the bending mindsets that come with it.