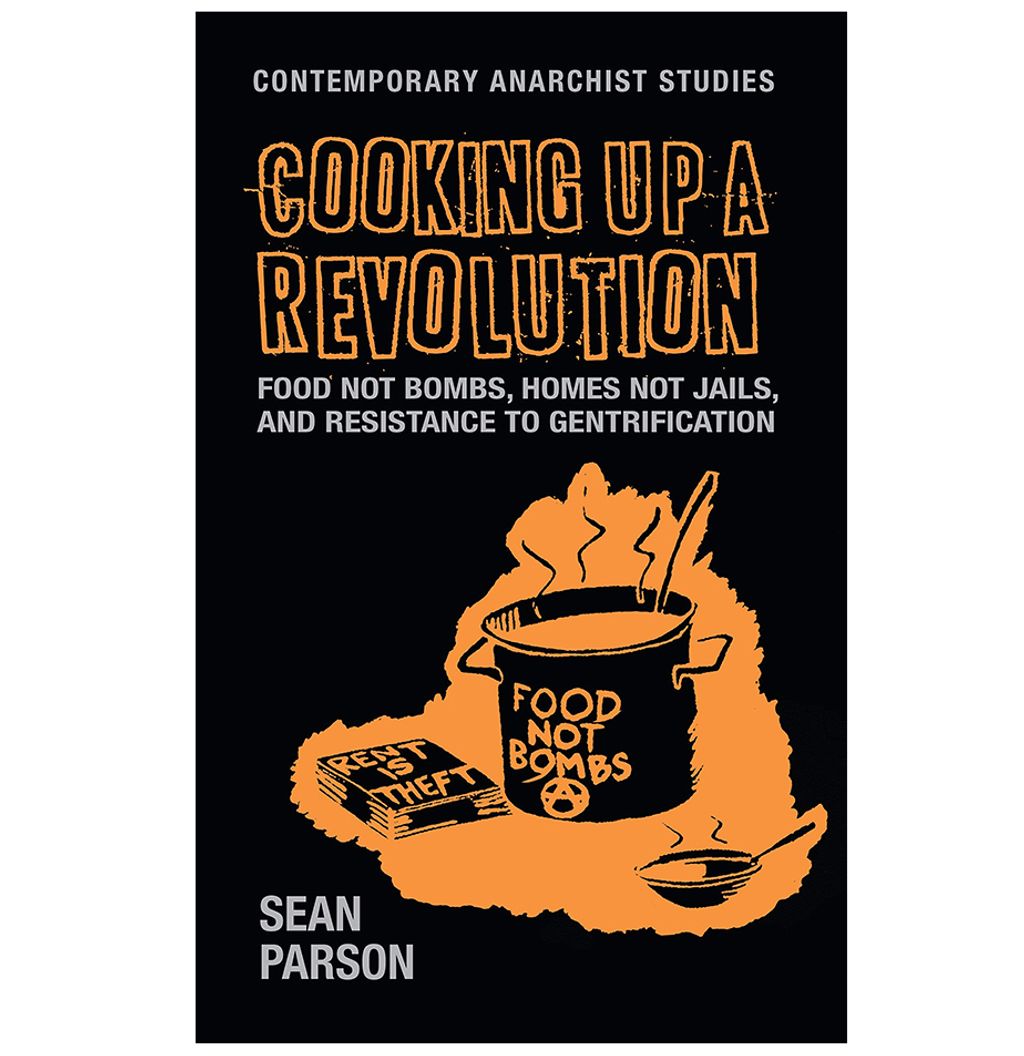 • Cooking Up a Revolution: Food not Bombs, Homes not Jails, & Resistance to Gentrification by SEAN PARSON Book

On Labor Day in 1988 two hundred hungry and homeless people went to Golden Gate Park in search of a hot meal. There, fifty-four activists from Food Not Bombs, surrounded by riot police, lined up to serve them food. The following arrests proceeded like an assembly line; an activist would scoop a bowl of food and hand it to a hungry homeless person, a police officer would handcuff and arrest that activist, immediately the next activist in line would take up the ladle, scoop and be promptly arrested. By the end of the day all fifty-four activists had been arrested for ‘providing food without a permit.’ These arrests were not an aberration but part of a multi-year campaign by the City of San Francisco against radical homeless activists in an attempt to remake the city.

These actions beg the question: why would a liberal city arrest activists helping the homeless? In exploring the answers, the book uses the conflict between the city and activists as a unique opportunity to examine the contested nature of urban politics, homelessness and public space while developing an anarchist alternative to liberal urban politics that is rooted in mutual aid, solidarity and anti-capitalism.

In addition to exploring theoretical and political issues related to gentrification, broken-windows policing and anti-homeless laws, this book provides both activists, students and scholars, examples of how anarchist homeless activists in San Francisco resisted these process.