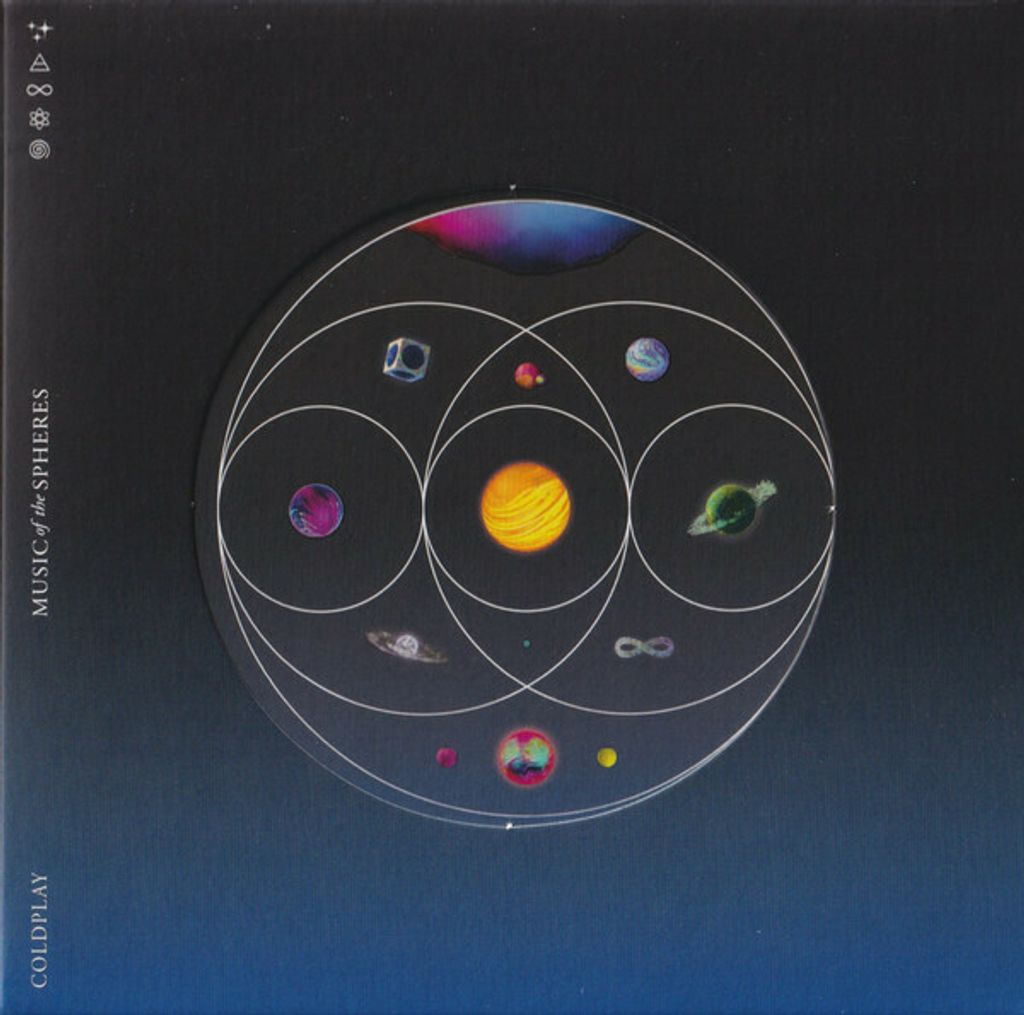 • Coldplay "Music of the Sphere" LP

The new album from the British band, Coldplay, will be released later this year on all DSPs, vinyl and CD and cassette. The band's ninth LP, produced by Max Martin, features twelve tracks, five of which are represented by emojis. In May, the band released"Higher Power"- the first single from Music Of The Spheres- which has been streamed more than 160 million times and was performed live in New York on the Today Show, Macys 4thof July Spectacular and The Tonight Show with Jimmy Fallon. The band have also revealed the imminent release of an album track called"Coloratura"to be followed by a new single in September.