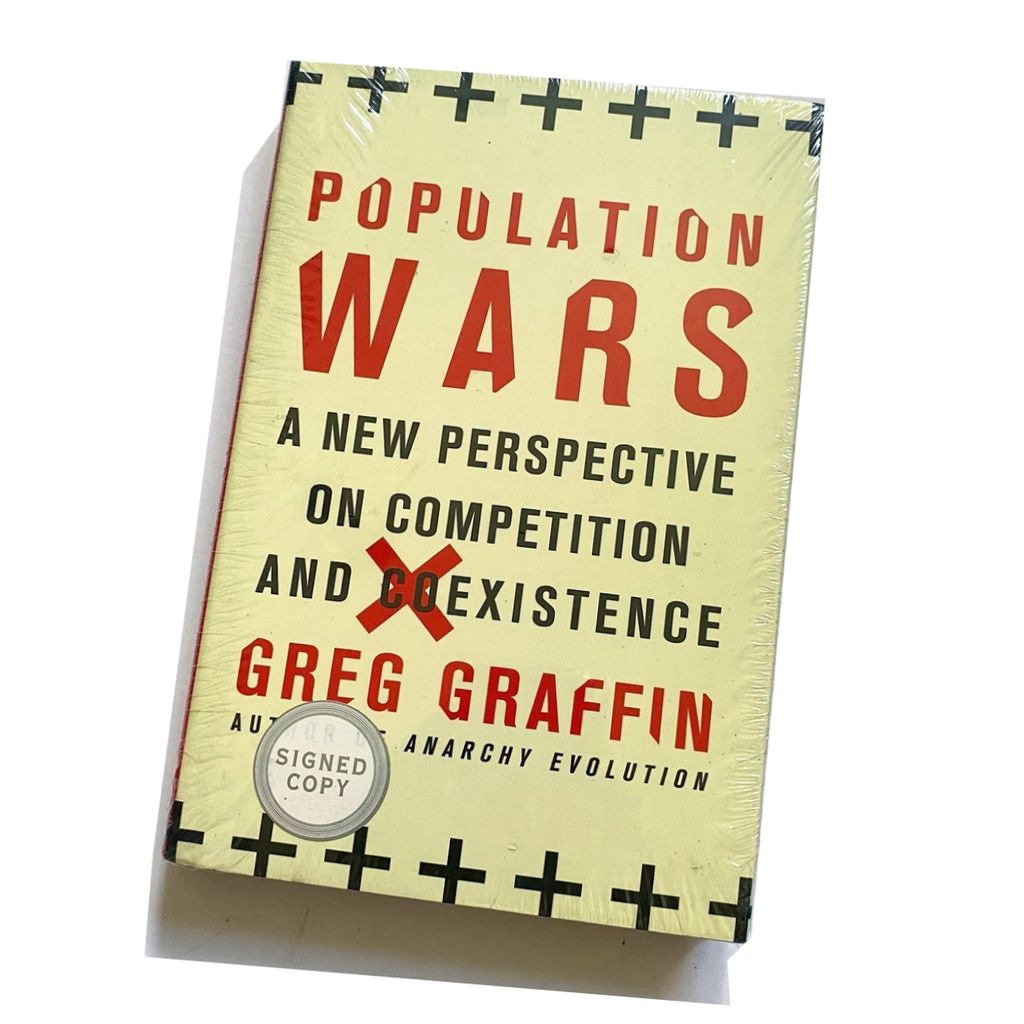 • Population Wars: A New Perspective on Competition and Coexistence by Greg Graffin Book

Population Wars is a paradigm-shifting look at why humans behave the way they do and the ancient history that explains that behavior. In this eye-opening book, Greg Graffin points to where the mainstream view of evolutionary theory has led us astray. Through tales of mass extinctions, developing immune systems, human warfare, the American industrial heartland, and our degrading modern environment, Graffin demonstrates how that misunderstanding has allowed humans to justify war even when other solutions may be available. Along the way, he reveals a paradox: When we challenge conventional definitions of war, we are left with a new problem―how to define ourselves.

* Greg Graffin was born in Madison, Wisconsin, and is the lead vocalist and songwriter of the legendary punk band Bad Religion, which he cofounded in Los Angeles in 1980. Graffin obtained his PhD in zoology at Cornell University. He has served as a lecturer in life sciences and paleontology at UCLA. He splits his time between Ithaca, New York, and Los Angeles.