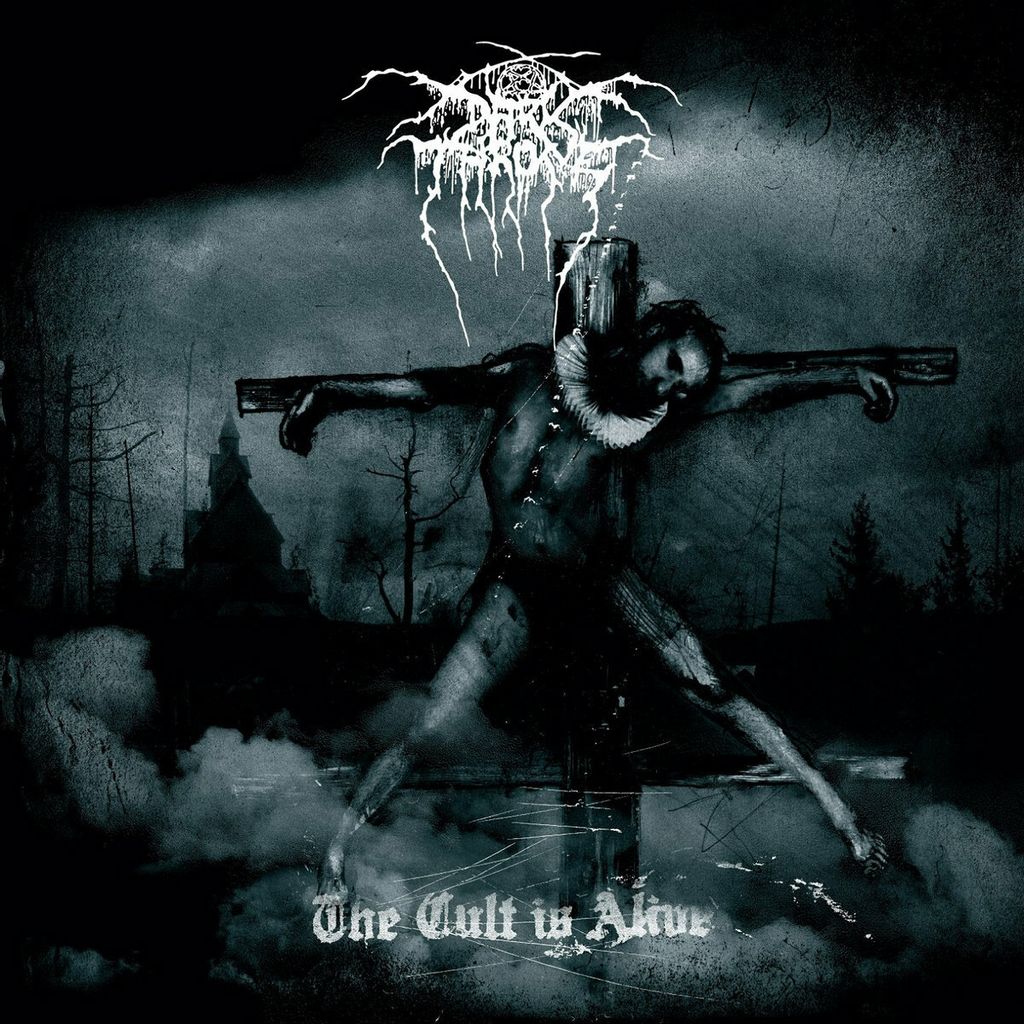 • Darkthrone "The Cult Is Alive" LP

After their early foray into the world consciousness with SOULSIDE JOURNEY they delivered the unholy trinity of A BLAZE IN THE NORTHERN SKY, UNDER A FUNERAL MOON and TRANSILVANIAN HUNGER. Censorship and heavy handed political correctness forced the band from Peaceville and they made a succession of albums for the fledgling Moonfog label. Something was always missing from this equation though, and soon the band members yearned to go home and made it clear. The only thing that stood between us was a contract, written in Norwegian and signed in blood.

However, time heals all wounds, and as soon as the band became free they planned their return to the forefront of the Metal existence with Peaceville. THE CULT IS ALIVE is the fetid, rotting, rocking first fruits of Darkthrone's second coming at Peaceville, originally released in 2006.