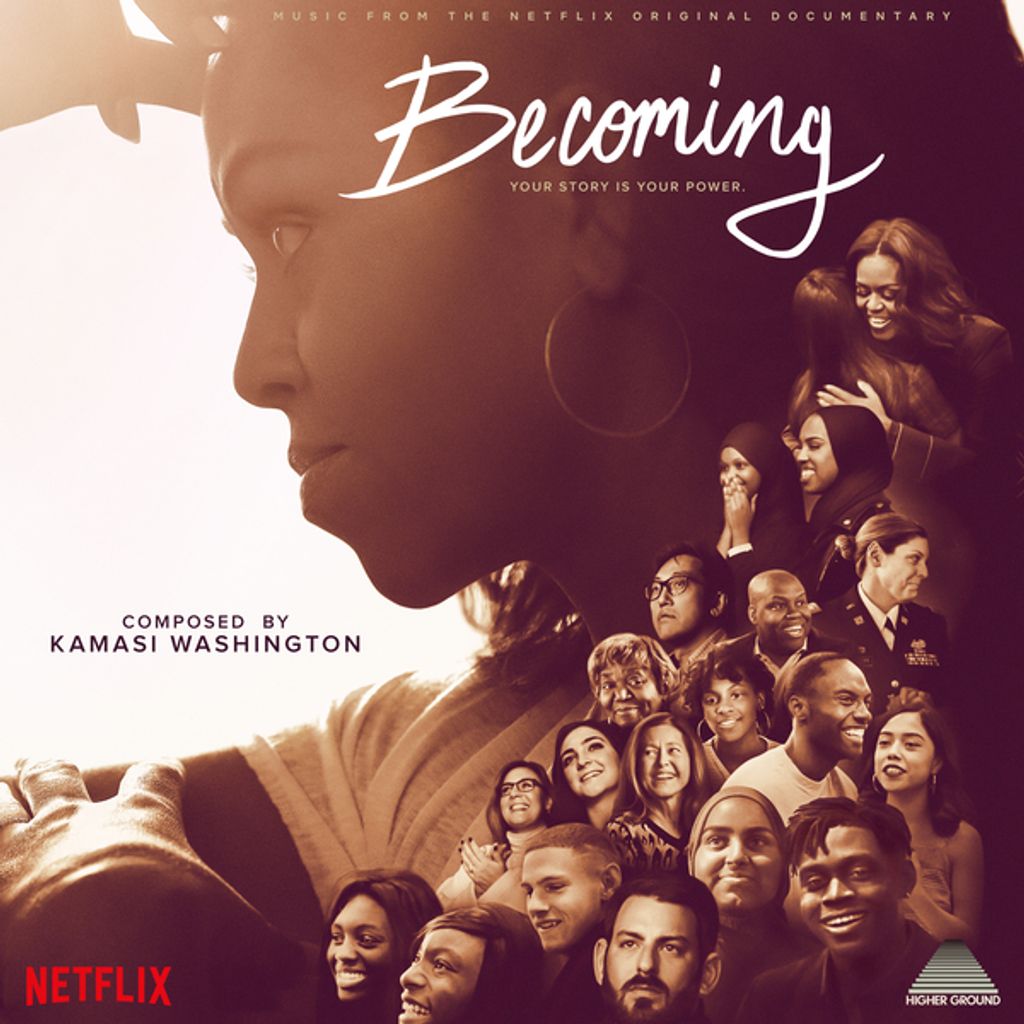 That Los Angeles saxophonist Kamasi Washington was tapped to compose the music for Becoming, director Nadia Hallgren’s documentary-film companion to Michelle Obama’s 2018 memoir, feels almost like a given. While there is a vital, venerated, multi-generational jazz scene still thriving in Michelle LaVaughn Robinson Obama’s hometown of Chicago, Washington’s music epitomizes the Obama presidency’s once-in-a-generation vision, uplift, and sense of hope. Today, that period looks like a beacon of light in a time of incessant dolor. You might even feel a lump in the throat when the film shows 2008 footage of Michelle signing campaign materials as a brief reprise of Washington’s bittersweet 2015 song “The Rhythm Changes” plays in the background.