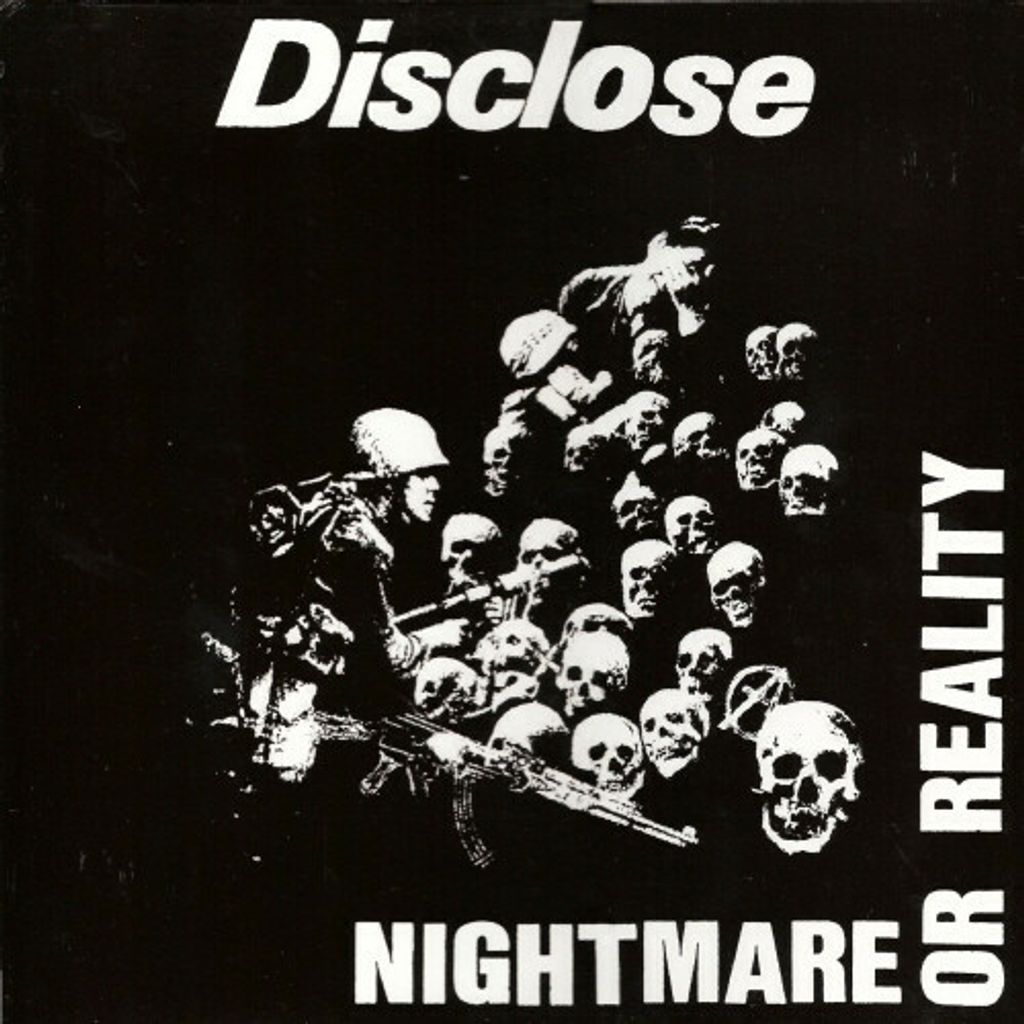 Black Vinyl. 20 years ago DISCLOSE released their response to the greatest hardcore 12” ever released: DISCHARGE’s Why. At the time the band was at the peak of their DISCHARGE era and had perfectly crafted a trademark sound, which shows through on the recording. The chainsaw-sounding double-toned guitar, Kawakami’s unmistakable vocals, and a rhythm section firmly based on the Stoke-On-Trent’s beat melded together to create a repetitive mantra-like noise chant. Recorded at Grove Cargo and mastered at Studio D-Takt by Jan Jutila, the production is a perfect example of noise not music pressed into vinyl, with both high and low frequencies cutting through the mix without losing any power. Lyrically Nightmare Or Reality focuses on the tragic sights of bullshit fucking war while aurally the record is a full-blown attack on all senses. D-Beat Raw Punk at its best. 20 years on and many times imitated but never duplicated.