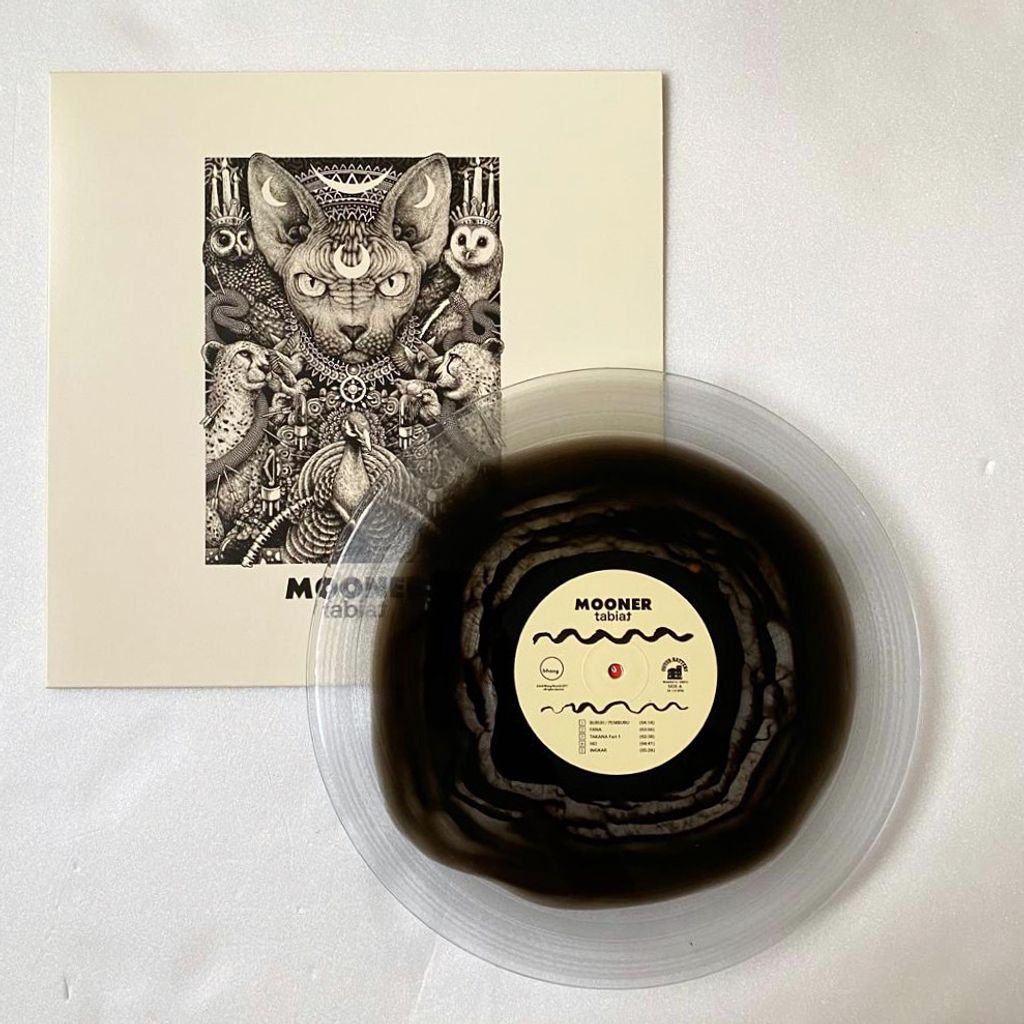 COLOR ON COLOR VINYL
October 2021 Arrival
Released as a companion album to our Shark Move reissue, Mooner update the heavy psych sounds of early 70’s Indonesia while staying true to the roots of the original scene. Featuring members of The Slave, The SIGIT, Sigmun and Sarasvati, Mooner are a supergroup of the Indonesian heavy/hard rock scene. Tabiat is Mooner’s first full length and it’s a monster, 12 tracks of heavy psych with strong influences of Indian Raga and Middle Eastern touches thrown into a stoner rock stew, check out a track below. Pressed on a beautiful ivory colored vinyl, Tabiat is an extremely limited release, with just a few hundred copies being made available outside of Indonesia.