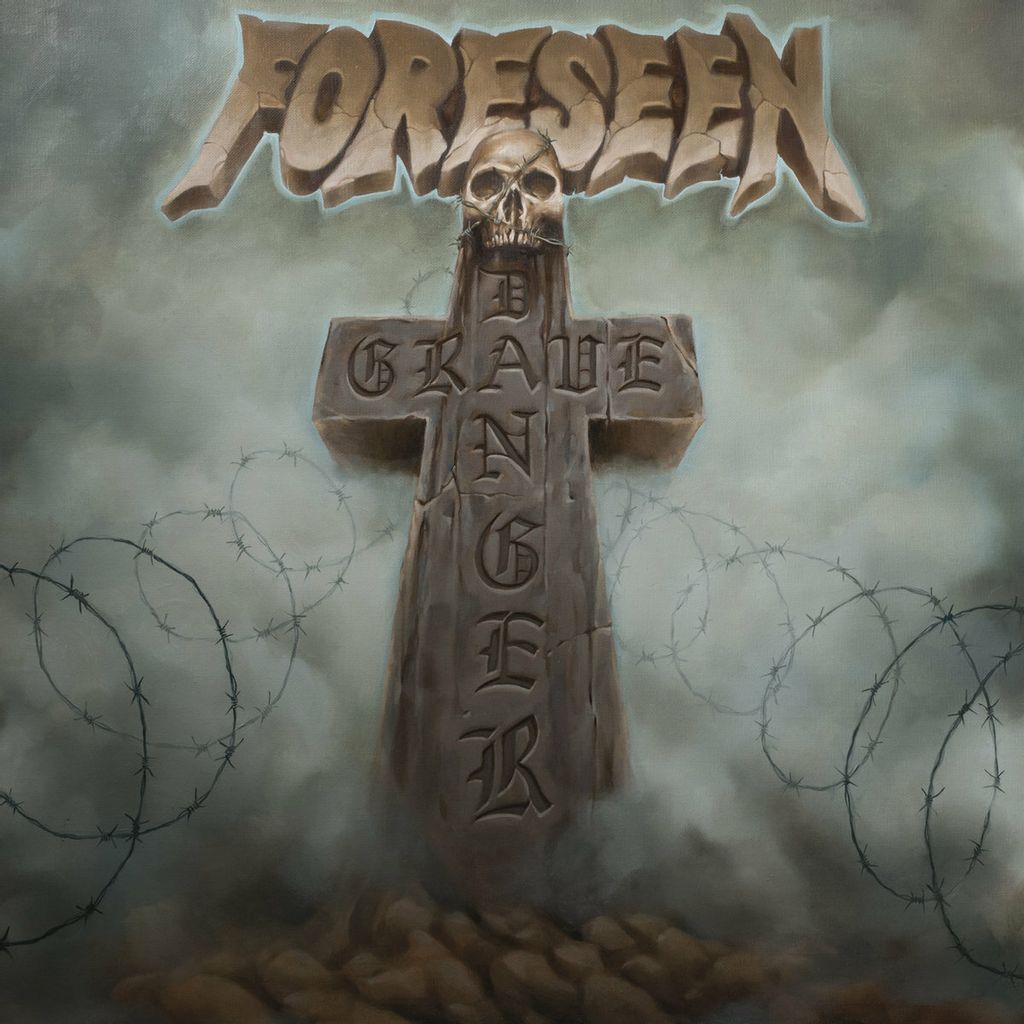 
Pick an extreme music subgenre and it’s a safe bet the Finns have a history of unhinged, outlying contributions to it. From the rabid take on hardcore via Terveet Kädet, to unholy black metal like Archgoat and Lordi’s larger-than-life pop metal, the Suomi tradition often rewrites the rules by not playing by them. This element can be heard in Foreseen’s second full-length. Using crossover’s Cro-Mags and Power Trip as a starting point, the Helsinki ragers roar out of the gate with Violent Discipline and Chemical Heritage, teetering on the edge of collapse courtesy of a bright, 80s guitar tone and Mirko Nummelin’s ragged rasp in which the energy of a thousand punk rock jumps can be heard. Given crossover’s limitations, Foreseen’s hopscotch-ing thrash riffs and classic rock-influenced leads, accented by Nummelin’s penchant for filling available space with his Tommy Gun delivery, make Grave Danger aggressive and compelling. The moments of mid-paced chug make adequate tribute to Nuclear Assault, but ultimately Foreseen are at their best when everything is going at top speed in all directions.