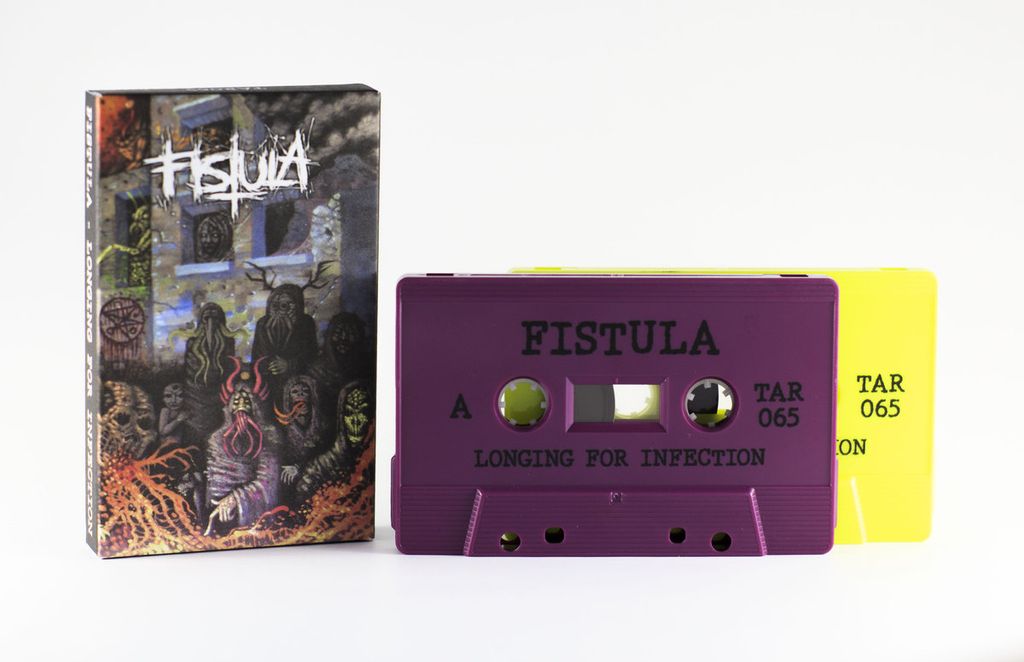 Ohio’s FISTULA was forged in 1998 by musical partners-in-crime Corey Bing and Bahb Branca. Over the years, FISTULA has released a seemingly endless barrage of studio albums and split EPs through numerous lineup changes featuring the creative talents of bands such as –(16)-, Sloth, Hemdale, The Disease Concept, Accept Death, and so many others. FISTULA is a band that is impossible to categorize, combining elements of remedial sludge, hardcore and a proverbial “bad case of the Mondays.” Nearing two decades of ear bleeding, FISTULA remains the kings of doomed-out “miserycore.”

2015 saw the band at its creative peak, headlining the Het Patronaat stage at Roadburn Festival and recording the Destitute demo as well as the new full studio album Longing For Infection. Aside from Roadburn, FISTULA recently played the Haunted Hotel 13th Anniversary Fest as well as the Berserker III Fest. FISTULA will return to Europe (Bloodshed Festival) in October 2016 to bring their ultimate onslaught of pure, unbridled hatred, and negativity. FISTULA will release another full-length this Fall coinciding with the tour on Totem Cat Records. Entitled The Shape Of Doom To Cumm ))), the record will feature guest guitarist David Szulkin from Blood Farmers and Church Of Misery.