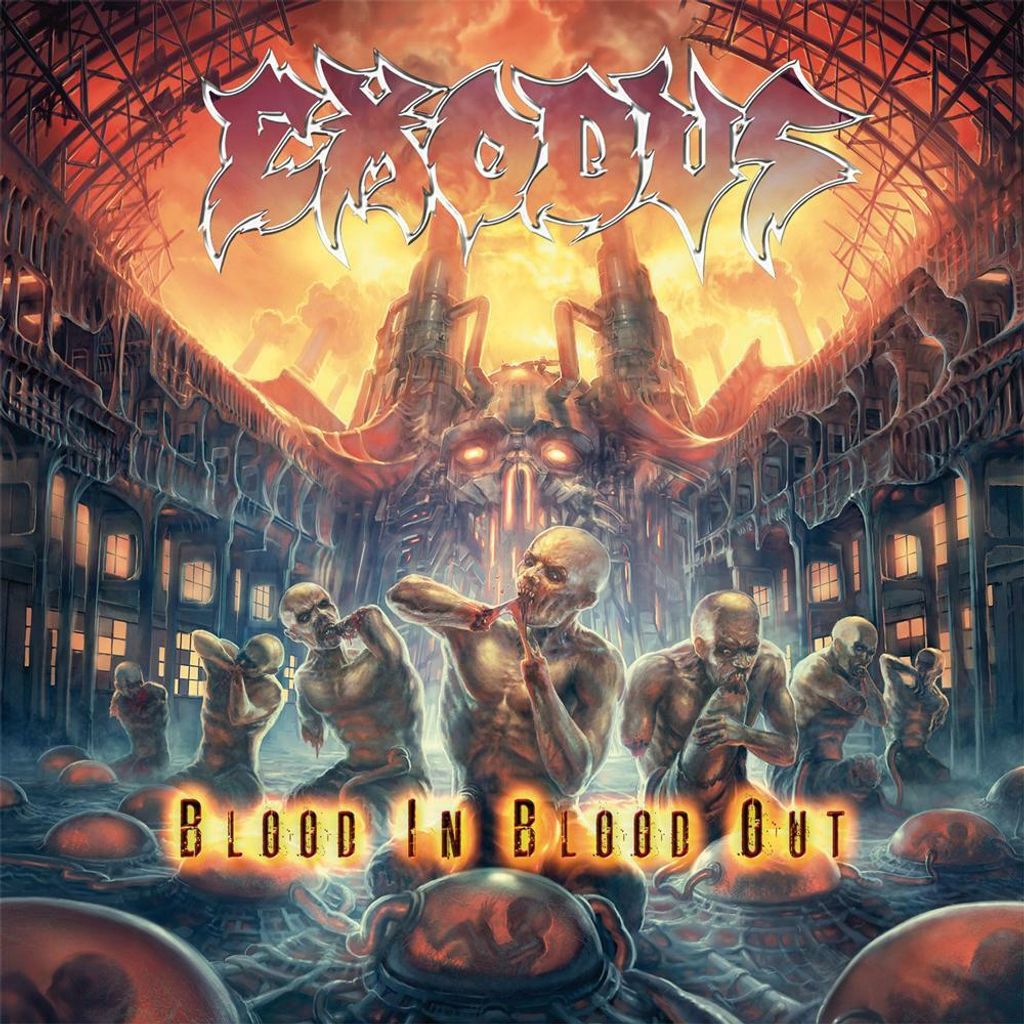 The original architects of the thrash metal scene, EXODUS has battled every kind of adversity over the past 30 years and used it all as fuel to stoke their ever-raging fire. Short-lived trends, line-up shifts, label conflicts, even the death of founding vocalist Paul Baloff couldn’t stop the beast. And through it all, guitarist and songwriter Gary Holt has persevered with misanthropic indignation, rolling with the punches, reassembling the broken pieces and working with the eccentric personalities surrounding him to create some of the most trenchant, fast-paced, and unrelenting music that influenced everyone from PANTERA to LAMB OF GOD and continues to crush skulls at a time decades after most ‘80s thrash bands have retired.

With Blood In Blood Out, EXODUS’ tenth full-length studio album of new material, Holt, Hunting, Gibson, Altus, and Souza prove they still has the fortitude, chops, and talent to deliver top-notch, ballad-free tunes that stand out without straying from their band’s core aesthetic. The title of the album encapsulates Holt’s approach to EXODUS: “When I was working on the record, I was sitting around watching TV series like ‘Gangland’ and all these locked-up prison reality shows,” he says. “And I thought, ‘Yeah, that’s like EXODUS.’ It’s a brotherhood. You bleed to get in, you bleed to get out. I’ve been doing this kind of music since I was a teenager and I’ll be doing it ‘til I can’t physically do it anymore.”

Holt has lost none of the rage and hunger he had in his teens and he’s long since mastered his craft. The eleven pulse-pounding tunes on »Blood In Blood Out« are among EXODUS’ best, signaling a rebirth as much as an evolution. Although Holt has spent the last few years playing second guitar for SLAYER on tour, he has never forgotten where he came from and his priority and dedication to EXODUS. The evidence is written all over the album, which is rife with speed, fury and memorable riffs.