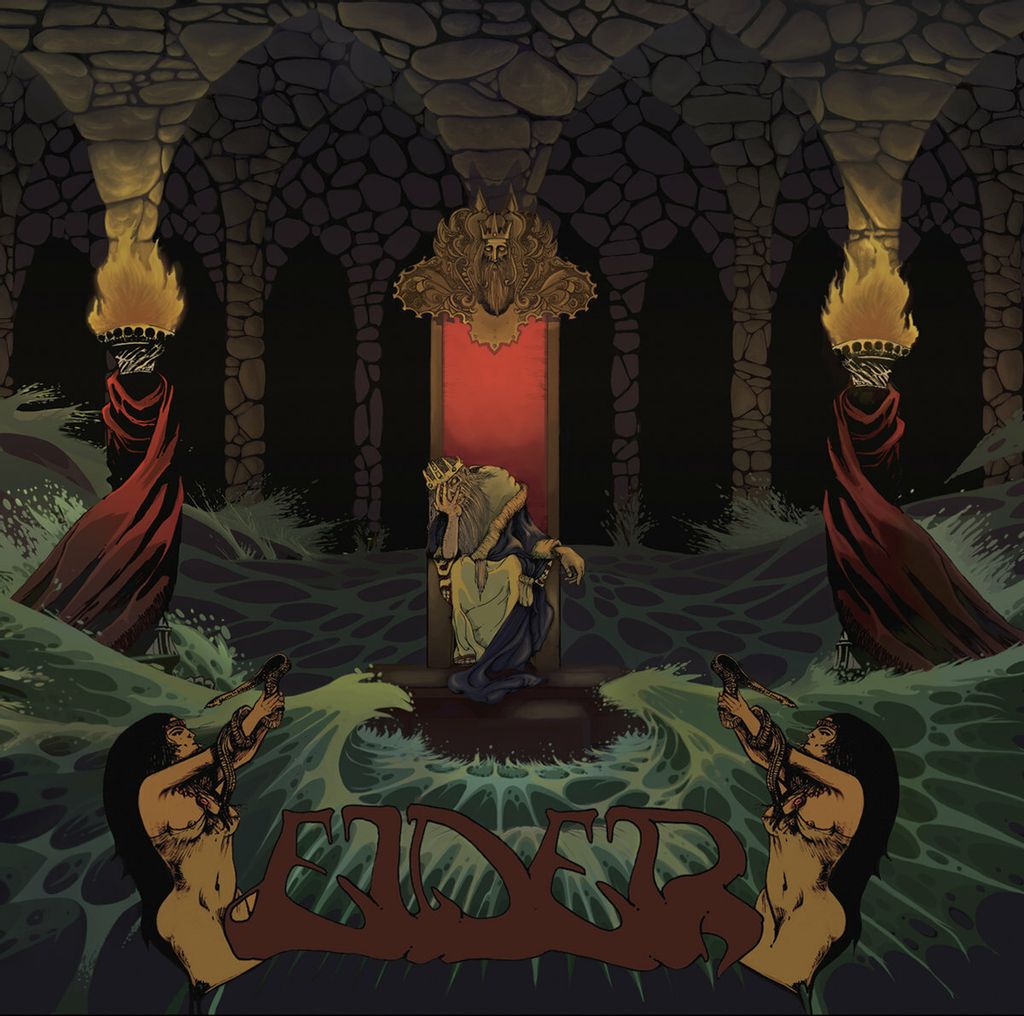 Hailing from Boston, Massachusetts Elder rightfully found themselves as one of the new shining stars of the stoner rock underground with their second release, 2011’s “Dead Roots Stirring”. A crushing mixture of Black Sabbath’s proto-doom, the thick, overdubbed guitar sound of Electric Wizard and rich, textured songwriting, the album was one of the major highlights of that year. Proving that despite the genre’s runaway popularity over the past decade, there still bands that can deliver the incense filled air of psychedelic guitar-wielding in exciting ways. But make no mistake, despite the stratospheric heights of “Dead Roots Stirring” and “Lore”, the trio’s lesser known debut is no weak start either.

While we can line up the band’s main influences all day long, the S/T record clearly sets out to continue the legacy of one certain group both in sound and songwriting, and that is none other than the legendary Sleep. From the rough, unpolished yet dynamic production, to the continuous but infectious mid-paced, 4/4 riffs to the ethereal, reverb-filled, echoing guitar solos, the fingertips of Matt Pike are all over the place. And while this doesn’t make Elder’s early material very original, the energetic and varied delivery of the muddy riffs, certainly makes them much more than simple copycats.