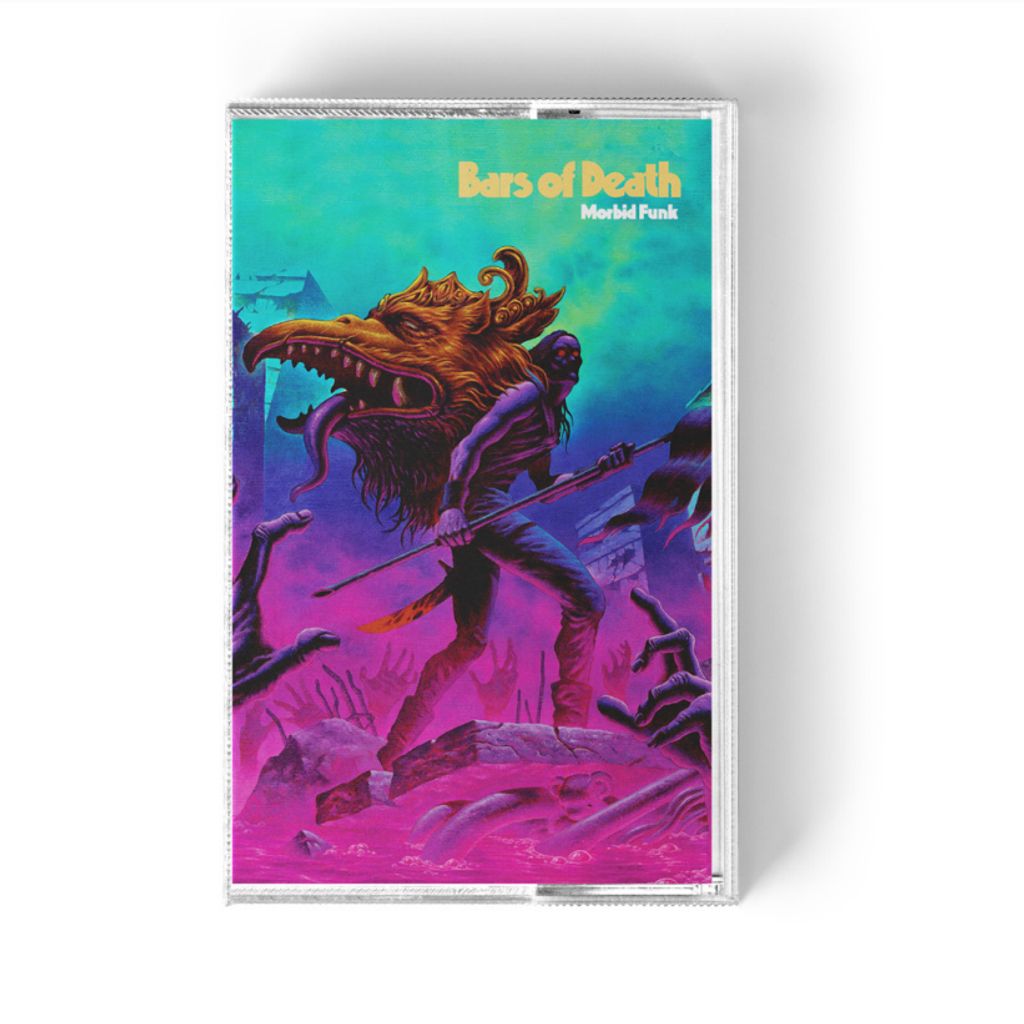 From the post-dissolution of Homicide,Morgue Vanguard teamed up DJ EvilCutz and Sarkasz in 2014 for this rhyming and beat-making incarnation with new ideas, new formulas and new rage, all warped in analog-generated method.

After releasing the first single 'All Cops Are Gods' on the compilation album ‘Memobilisasi Kemuakan’, the second single 'Tiada Garuda Di Dadaku' for the compilation album 'Organize!' and in early 2018, the third single Single Radio Raheem. Finally the rhyme and beat unit from Bandung, Bars Of Death will soon release its first album "Morbid Funk" in March 2020.

A breathtaking artwork by Riandy Karuniawan accompany a fistful of swansongs to your way, are you ready for it?