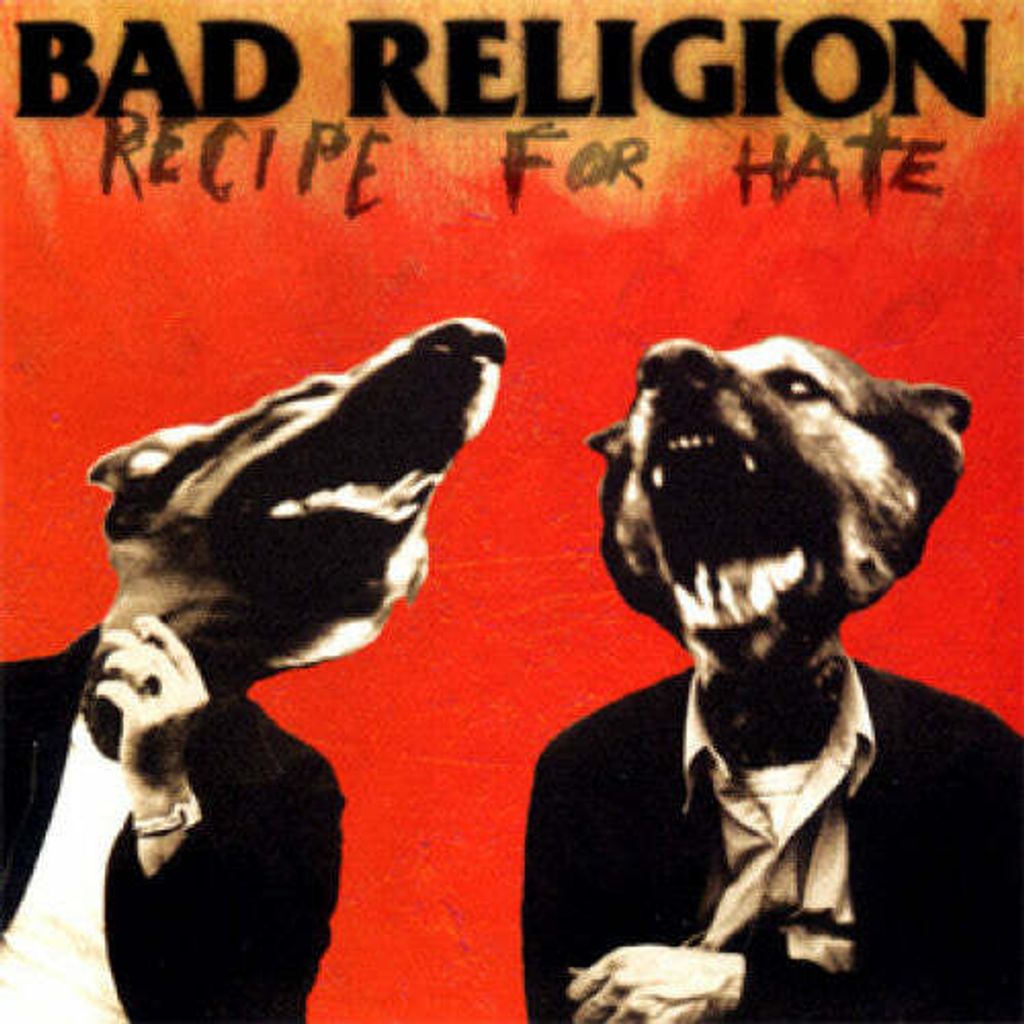 From the opening strains of the politico title-track to the countrified pedal steel guitar on "Man With A Mission," from the anti-establishment anthem "American Jesus," to the heart rending ballad "Struck A Nerve," Bad Religion's "Recipe For Hate" is by far their most eclectic album, and one that never ceases to stir up controversy among fans. As the songwriting team of Graffin/Gurewitz pull back from their more introspective writing that appeared on some of the previous albums, they focus ever more keenly on the events of the day. "Recipe For Hate" is a scathing commentary on the state of the nation, a social criticism addressing alcoholism, abortion and homelessness.