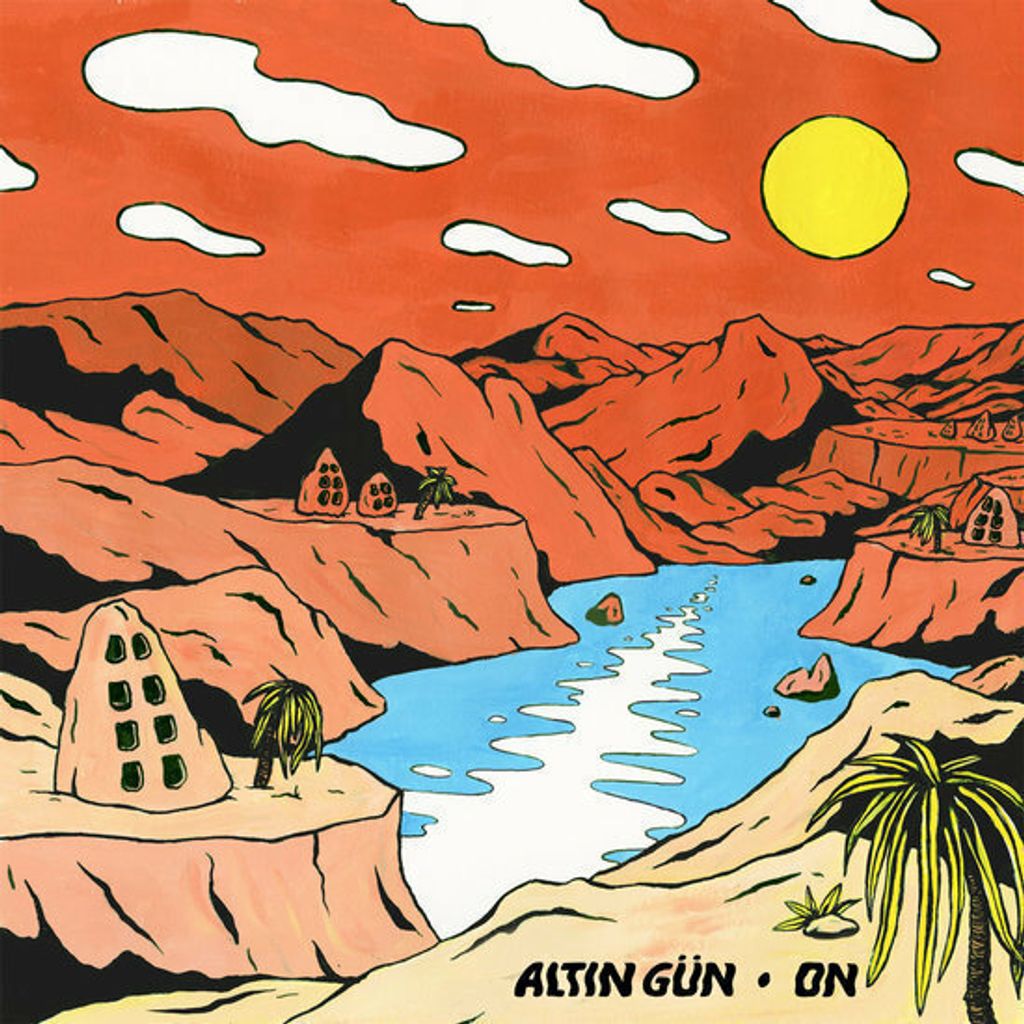 On their debut album ‘On’ (Bongo Joe Records), the band show what happens when you open doors between Turkish folk songs which were passed on from generation to generation on the one hand and a dirty blend of funk rhythms, wah-wah guitars and analogue organs on the other. The Amsterdammers who come from various backgrounds (Turkish but also Indonesian and Dutch) comfortably create their work in the adventurous no-man’s land that exists between these two worlds.

Older generations of Turkish musicians have also experimented with opening doors between previously unconnected sonic worlds. During the seventies, artists such as Baris Manço, Selda Bağcan and Erkin Koray practiced a way of songwriting and composing similar to Altin Gün’s. They took the music played during the festive occasions and serious formalities of their childhood, folk songs backed by a traditional Turkish string instrument called the saz. To this, they added the techniques and vibes of their times and the result then went on to become a distinct Turkish sound during 1972-1977 which even today still sounds rich, danceable and (alright then!) heavily mind bending.