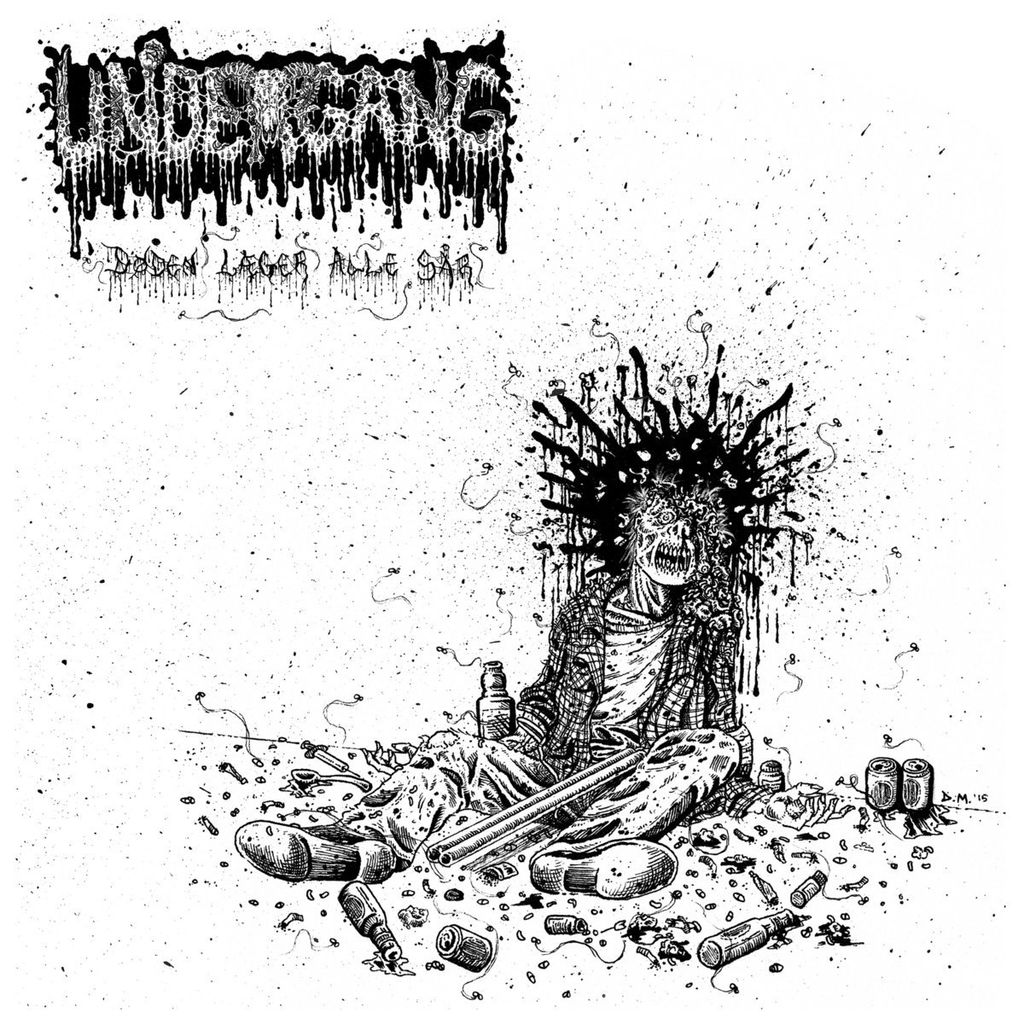 Døden Læger Alle Sår was recorded at Earhammer Studio, California subsequent to UNDERGANG’s three-week U.S. tour in July 2014. The new material is a blend of the suffocating and filthy heaviness heard on the band’s previous two albums, Indhentet Af Døden (2010) and Til Døden Os Skiller (2012), whilst adding more twists and neck-breaking brutality to the mix.

UNDERGANG was formed in the early summer of 2008, with the intent of playing old styled, low tuned and extremely heavy Death Metal. Since the earliest breath of existence took place, the band has always kept pushing their limits and always stayed active, both in the studio and in live environments.