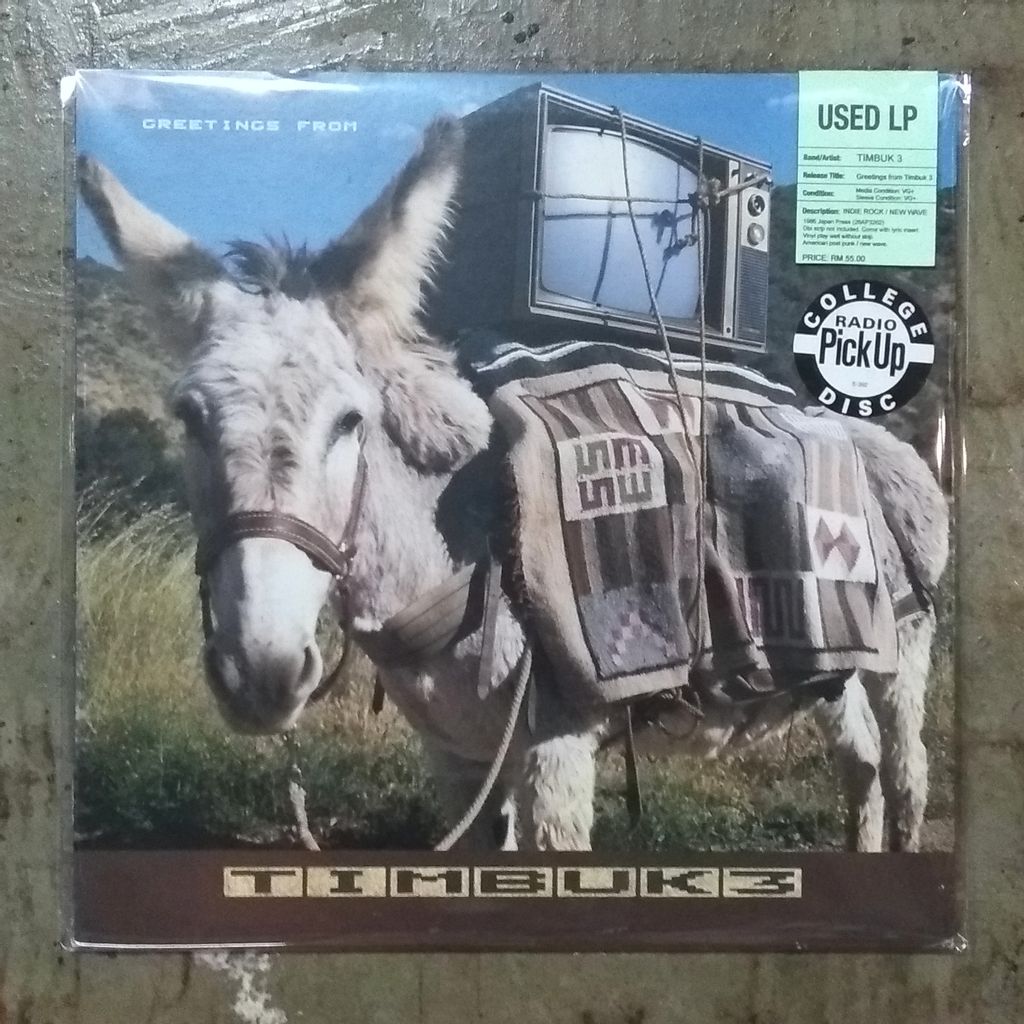 Timbuk3 was an American post-punk band which released six original studio albums between 1986 and 1995.[1] They are best known for their Top 20 single "The Future's So Bright, I Gotta Wear Shades". The band's music has been featured on more than 20 compilation and soundtrack albums.

Greetings from Timbuk3 is the debut album by American band Timbuk3, released in 1986. The album contains their only charting single, "The Future's So Bright, I Gotta Wear Shades", which reached number 19 on the US Billboard Hot 100. The songs "Life is Hard" and "Shame on You" were used on the soundtrack for the 1986 film The Texas Chainsaw Massacre 2 and were also featured on the film's accompanying soundtrack album.