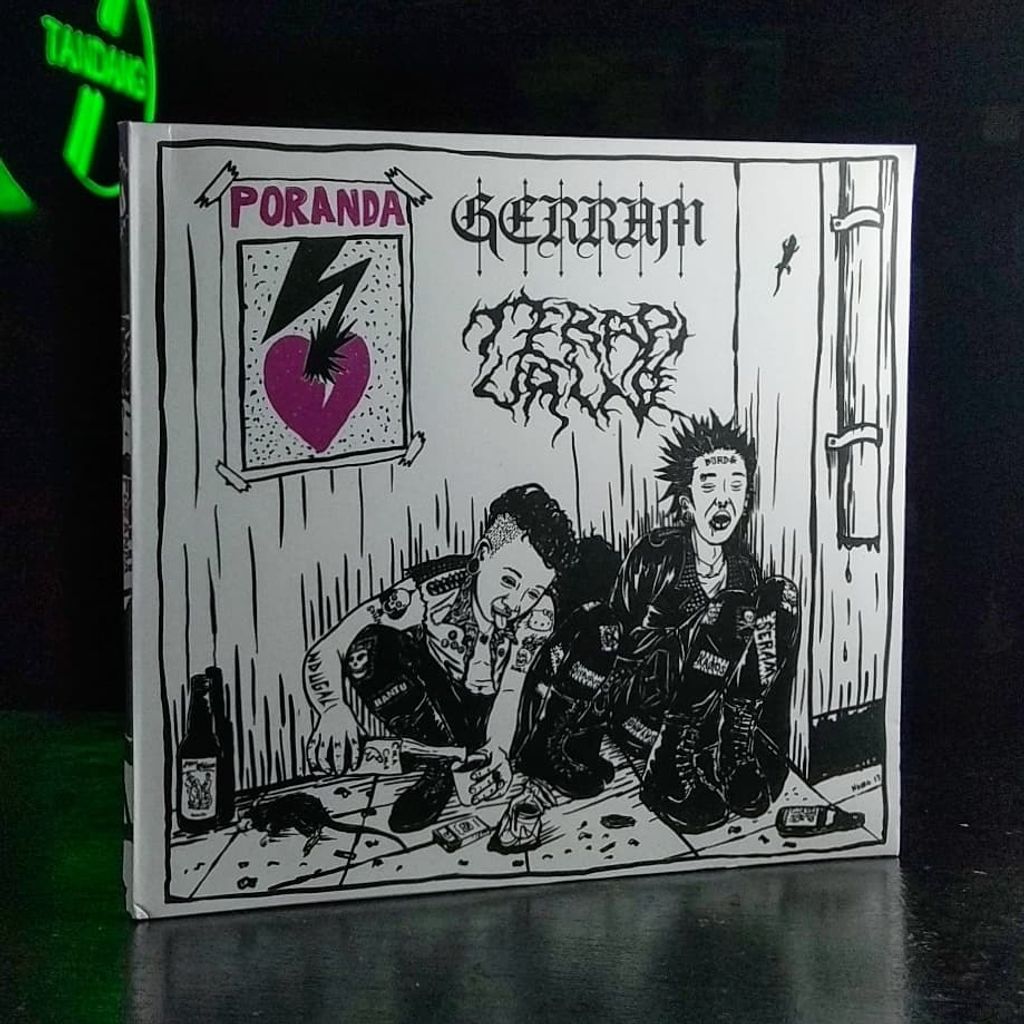 RESTING HELL RECORDS / ANARKOPOP RECORDS
Clear Cassette
'Poranda' which is a split album from a dark hardcore band from Palembang, Gerram, and a reckless comedic grindcore band from Bogor, Terapi Urine. Each band has its own strength as a separate musical entity, that makes 'Poranda' a simply interesting split album because the two bands involved are in a spectrum that is different both musically and conceptually - even behavior.

Gerram in this split album puts out four new tracks that could be considered as an effort to sharpen the darkend and gloomy hardcore formulat that they had previously shown on their debut album 'Genderang Bencna'.

Terapi Urine, a band known for its hark humours and spicy cynicals in their past releases, continues their unimagineable and unpredictable grindcore in their new five songs for the this split with a total duration of less than 7 minutes.

With the band's two-pole extremities, ‘Poranda’ is a pleasant mess that offers freshness that is worth tasting.