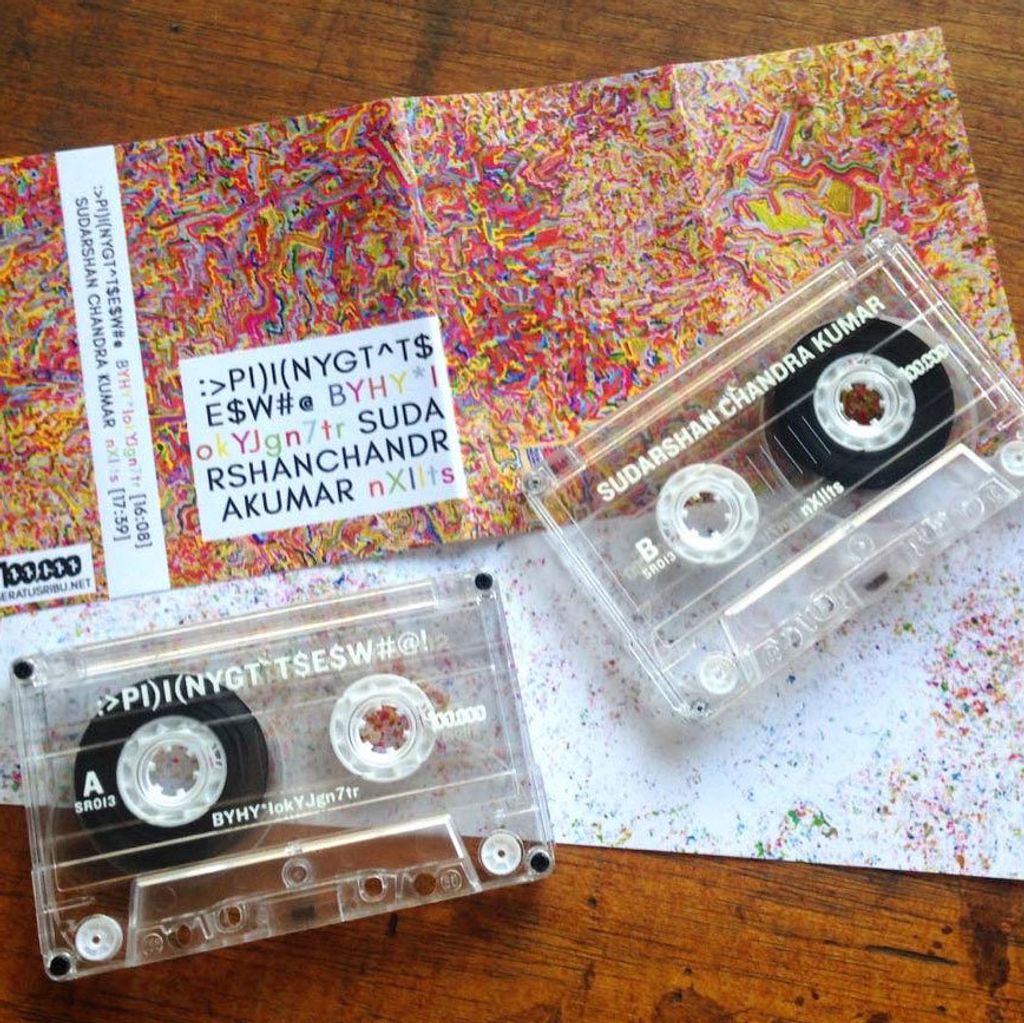 Minimalist and maximalist electro compositions in a split cassette.

:>PI)I(NYGT^T$E$W#@! is Joshua Booth's new project. These works were generated by a compositional system he is developing in Max/MSP. Each work has two ‘synths’: 1. bass 2. everything else. To simplify matters even more, the synths are activated in parallel by the same rhythm sequence. Polyphonic complexity is achieved instead by automating various other musical parameters (e.g., pitch, harmonics, flange, adsr, etc.) under a multi-temporal control system that sequences input recursively. A musical form is created where every successive recursion is a higher level sequence of events and each event is a composite made up of a lower level sequence of events. The system’s functionality thus naturally destabilizes formal identities. The dialectic in these works is the rupture and rumble between actualization and annihilation. He holds an MA in composition at Rutgers University, Mason Gross and had performances and installations exhibited in the US and internationally. He also worked as a coproducer/cowriter with the group Dälek on Ipecac Recordings.

Sudarshan Chandra Kumar is a musician. He has contributed vocals and live electronics to bands such as HKPT, T!T!T!, and Takdir. His live setup is comprised of loopers, synths and effects pedals which are used to create improvised soundscapes. A staple at local electronic and experimental music venue mainstays, he is also a committee member of the Kuala Lumpur Experimental Film, Video and Music Festival (KLEX) in his capacity as Technical Director.