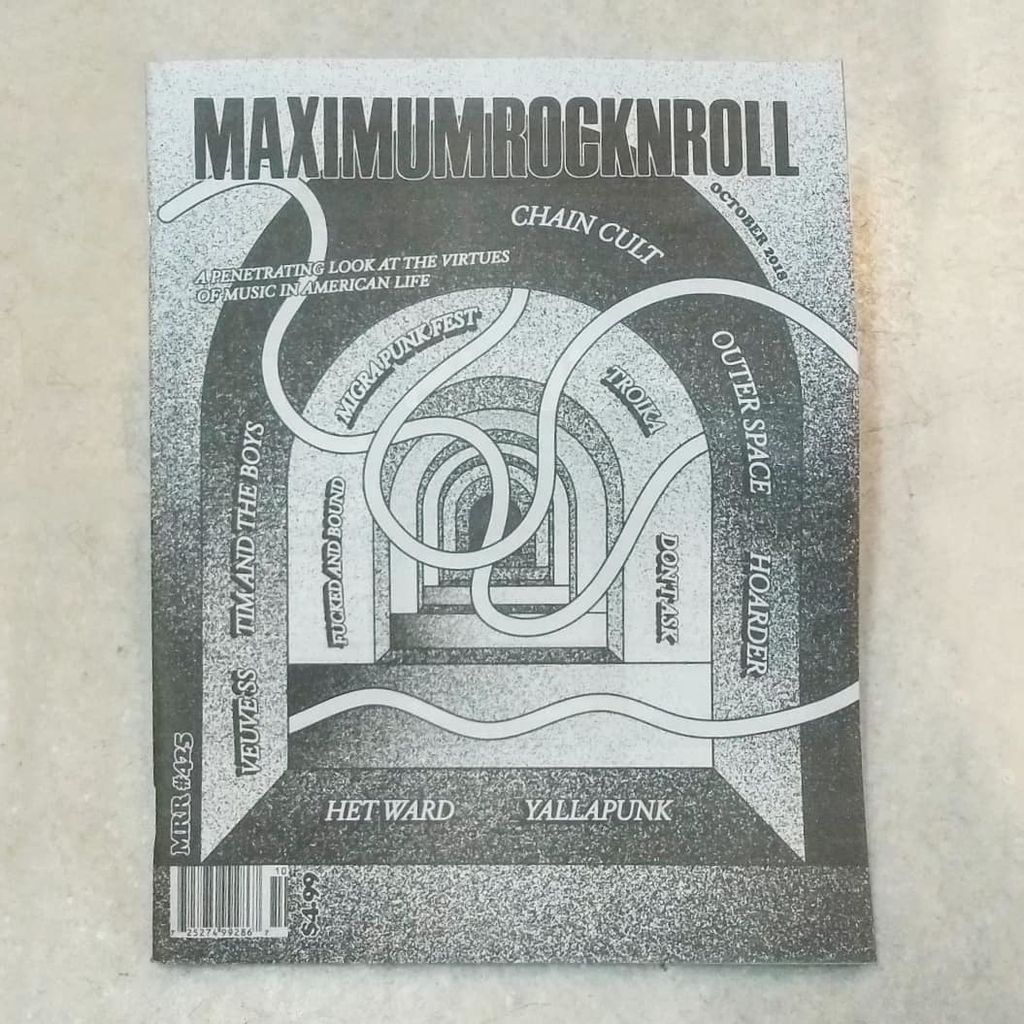 We’re excited to feature an interview with Greek post-punkers CHAIN CULT, fresh off the release of their new EP for La Vida Es Un Mus Records! We also include an interview with the recently broken-up French band VEUVE SS, who speak a lot about their art choices and their role in their musical endeavors. Also included are two interviews with organizers of different fests: Rayna Fayez of Yallapunk, which focuses on MENA (Middle Eastern and North African)-led music and culture, and AJ Santos of Migra Punk Fest, which highlights the voices of immigrant punks. This month also includes two features on California: Oakland heartthrobs DON’T ASK, who have been inspiring big feelings among their fans, and Arcata’s Outer Space, a non-profit Do It Together all-ages arts and music community space, who spill about their successes and their Lost Coast Fest, which kicks off October 5th. We’ve got Pittsburgh’s HET WARD COLLECTIVE, who use their heavy music to actively fight to uplift queer punks, Seattle’s FUCKED AND BOUND, a porn-loving feminist act, Spain’s TROIKA, who speak about their criticism of anti-authoritarian political spaces, and Olympia’s HOARDER, who prove to be more than just a feminist band. But that’s not all: there’s also a riveting interview with TIM AND THE BOYS from Sydney where they compare punk to the Jehovah’s Witnesses.